I’m doing a playthrough where I journal what happens to the character. I was posting this at the ‘What’s Happening in YOUR randomly generated apocalypse? Part 2!’ thread, but the entries were adding up and I was getting good feedback, so I figured it merits its own topic.

Journaling the character really helps me get immersed, and sometimes leads me to find clever solutions that I wouldn’t normally. If you’ve ever planned out a backstory for a character, journalling their progress is the next step and really makes you get attached.

I’m intending to play through Reyes for as long as he stays alive. But this isn’t planned or scripted, so he may fall victim to the cruel winds of fate.

My process is: Write and take screenshots while playing, then edit it into a semi-coherent ‘chapter’ and post.

So get comfortable, pour yourself a warm cup of Bone Broth, and let me tell you… 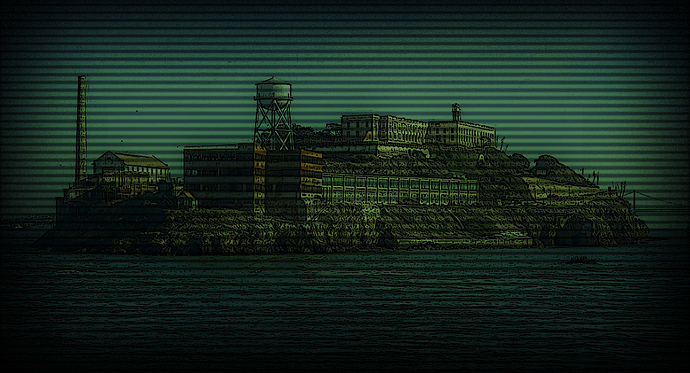 … the Story of Reyes Albert.

Later on, around Ch. 10, I start to use ReShade. It makes the game look even more fantastic, and lets you build a visual shader theme! It works in addition to any tileset, and shades it right on top. Highly recommend, and it takes < 10 minutes to set up with OpenGL. ReShade - add visual filters to your game

Imagine if it did. Find one, and you don’t need a lamp anymore!

Wow, you had really lousy luck with those jawed terrors. I’ve done several Wizard Vacation starts that start on an island, and have spent weeks of game time paddling about in kayaks and canoes with only 1 jawed terror encounter (and mine ended much worse than yours). I generally find that beavers are a bigger hazard, just because they are much more common. And I saw a PR go in a couple of days ago that claims to tone down their hyper-aggressiveness. In general, I’ve found travelling on water to be pretty safe, overall.

BTW, I’m curious how slow that barge you’re building is going to be if it’s still powered by just oars.

Yeah it was wild! Reyes saw three jawed terrors out there in his first big trip. If he’s lucky, they’ll just be limited to that area, instead of infesting the whole lake.

You’re right about the speed, I checked and it’s immobile at this weight. He’ll need to trim it down and risk the sharks still. Thanks for that, he was about to keep building the boat for two further days before checking. His arms are broken so he can’t take it out for a test run.

EDIT: Might see about building sails instead… They seem challenging, but that might be a fine option for Reyes.

I have tried adding sails to a canoe or kayak, and can’t figure out how to do it. The only way I can get it to give me to option to add a sail is if I remove the oars. It seems like I can have one or the other. Give only one option, I’ve stuck with oars. But I’m probably missing something. It can be hard to figure out why an item doesn’t show up on the list of things you can install.

Imagine if he dies now. “That f

Unrelated: for a game that strives toward realism, CDDA allows some quite, ahem, interesting things, like crafting, throwing things and riding a bike with broken arms.

edit: about zharks - it looks like they love waters near island prisons. I rarely if ever saw them farther than, say, 5 OM tiles from those.