For instance Knife spear --> string, blade, heavy stick. This will not work ever. the blade will simple move around or fall of even with duct tape. You can still craft it at the start you just need to cut a slot in top couple inches down slide in the blade, bash some nails through with a rock to hold the blade in place and ta-da!

Teh Homewrecker I know it uses all the evac windows and is slow as beans but again a big hunk of steel isnt going to stay on a stick with some crappy string when you hit stuff with it. Instead well… idk it just doesnt work.

There is other stuff what do you people think?

Technically I donnt think we have a single weapon recipe that will work IRL (well perhaps the simple ones that involve making handles with ductape/other and hammering nails into wood things). Also I think the spear is doable if you actually sculpt the wood to fit the spike on its top, no need for nails, same for the home wrecker with the steel (which in that case would look somewhat like a macuahuitl)

Humans have been affixing flint to the end of sticks with string for a long time. You can take a knife blade and afix it to a stick just fine.

Knife spear requires a spike not a blade, even if it did, it’s not a knife being tied to the side of a stick. You have to disassemble the knife to get the blade, and the blade would be used to cut the end of the stick to make a notch for the blade to be set in, then wrapped in string or duct tape. 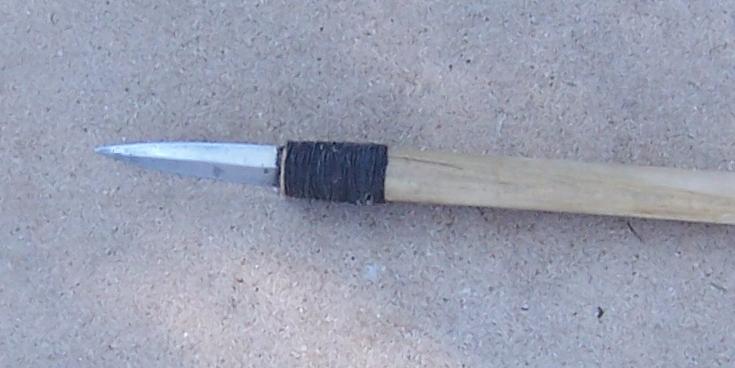 Here is what I imagine the spike spear would look like: ( huge pic so I will just link it )
http://spinitwide.com/assets/releases/13/P1040204.JPG