I am trying to build solar powered Freezers. 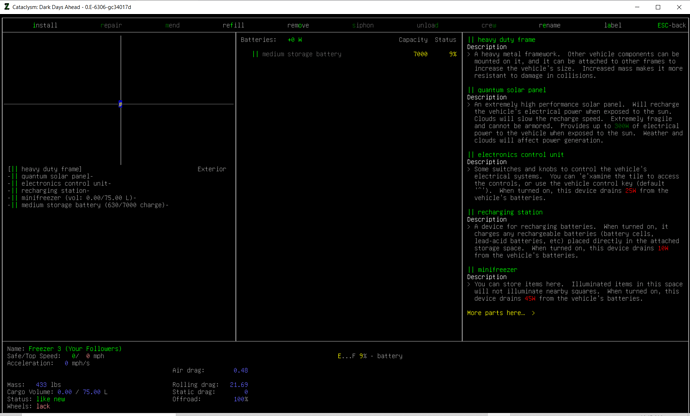 But I can’t figure out what I am doing wrong, they are exposed to direct sunlight but the batteries never seem to charge when the recharging station is on? This is for regular storage batteries, medium ect. Am I missing something here?

Recharging stations used to suck up huge amounts of power, even when nothing was in them to recharge. I thought it was changed, but maybe I was mistaken?
(EDIT: I didn’t see the version number in the pic’s titlebar for a minute) 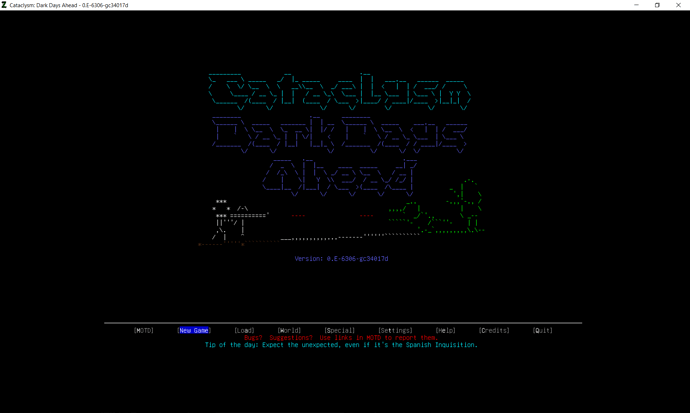 This is my version

i got vague recollections of solar panels needing to be on top of a roof. recharge station is for charging normal batteries in an attached cargo space, solar panels should recharge storage batteries without it.

It’s like ytr said. You only need a recharging station if you have a cargo space with rechargeable batteries in it and your vehicle design does not have a cargo space. Between powering the recharge station and the freezer you probably aren’t going to have much extra power to charge the storage battery. Solar panels do not need to be connected to a roof in my experience. I have a 2x1 solar vehicle that powers my base connected by a heavy duty cable to my main cooking and lighting vehicle and it does not have a roof just two light wooden frames and solar panels with a car battery.

I’d power off or remove the charging station because your design does not make any use of it and its just wasting power.

So I just need to remove the recharge stations and the solar panels should charge the batteries?

You don’t even need to remove the recharging station: you can just disable it from the control unit.

Early on I’d found a limo with a fridge and a charging station, but not solar panels. As I didn’t have the skills to install solar panels at that time I hooked the limo up to a solar car with a jumper cable. That setup ran out of juice every night, but it did extend the shelf life a little bit, anyway.

Ah okay, I guess I am mainly wondering what the panels are supposed to do, right now the only thing I notice is that the freezers drain juice from the batteries. the solar panel is supposedly suppose to give 300W of power, while the freezer drains 45W per hour.

When the freezers are off nothing seems to be happening with the batteries or energy themselves, I tried removing the batteries to see if the freezers would just run off the quantum solar panels but I dont think that worked either? Maybe I just do not understand how I am supposed to achieve what I am trying ot build

The image says 45W, not 450 in your list, and it also list the other parts draining power summing up to less than 300W. However, a medium storage battery won’t last long once the sun goes down.
At the bottom of the screen you’ve got a summary of how much your batteries are charged (9%), and when there’s a change there’s also an indication of how long it will take to fill/drain the batteries at the current rate. Since that indication isn’t there, my guess would be that the solar panel isn’t exposed to the sun (under a roof [as in a barn or building] or it being night), and the devices aren’t turned on (they’re off when built, so they have to be turned on manually).

Note that static “vehicles” have to either be outdoors or be hooked up to another “vehicle” via a jumper cable, so your freezer unit would be inside your building while the one with the solar panels and main batteries would be outside, either beside the building or on the roof. Note that I’ve yet to make such a construction, though.

Solar panels don’t have to be on the roof, you only need them to be in direct sunlight. Although them being on the roof minimizes the risk of some random zombie deciding to smash them just because it can.

what i meant was the roof vehicle part, just checked in game, roof not needed. built the freezer op had without the recharging station, tried normal and quantum solar panels, works fine. 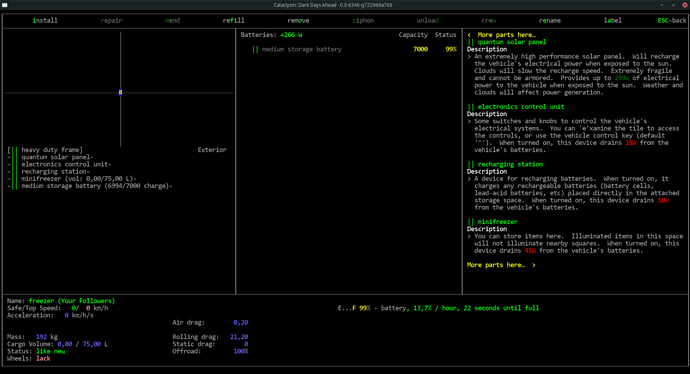 [edit] dragged the vehicle inside the shelter, now losing power even though still in bright light 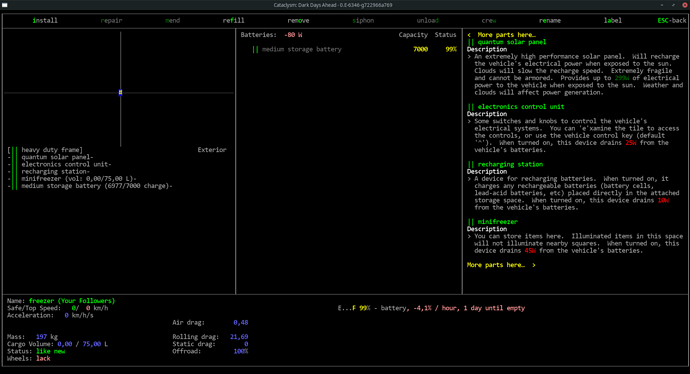 I figured it out I think, for some reason it wanted me to remove the floor underneath lol because for whatever reason it was still considered indoors since I just set them up on the porch

The floor/roof logic is somewhat odd in that they are paired, so removing the floor also removed the roof that was blocking the sun. If you get a step ladder and climb up (or use a drain pipe) you should be able to see the roof over the porch.

Yeah that was the weird part, I set them out on the porch of the cabin I was living in. Climbing up onto the roof showed that there was no roof on the Z-level above the Solar Panels.