Just rolling an idea at the top of my head. Not quite complete, but here goes.

In the middle of nowhere you find yourself at the heart of a cult. It’s the day of the cataclysm, and as everything outside the walls of this compound is collapsing, a little slice of hell has arrived inside the building.

You can pick two professions on this scenario: cultist, or cult sacrifice. Building is surrounded by zombies, and other horrors. Perhaps there’s one shoggoth chasing after you at the start, and there are no metal doors to protect you. Or maybe one. If you start as a cult sacrifice, maybe there are hostile NPCs still lurking in the building.

Also, would be cool if there’s an ongoing mission you can do for the scenario. A deeper investigation of the cult, much like the mission where you start off finding a relic. Maybe fight an ancient evil or two. Seal dark god, that sorta thing. Or alternatively, give in to the dark god, get a unique mutation branch much like the unique mycus branch (but not like turning into a mushroom, of course)

Or you could be a member of some cloistered religious sect or militant rednecks/survivalists/neonazis?
Start sheltered with people and then things go hell…

Or… why not militaristic nationalist.
It’s a fine idea but it may cause some grief >_> if the specifics were to be mishandled

you’re held in a wooden figure/cage like in Wickerman with everyone around you in robes and singing. 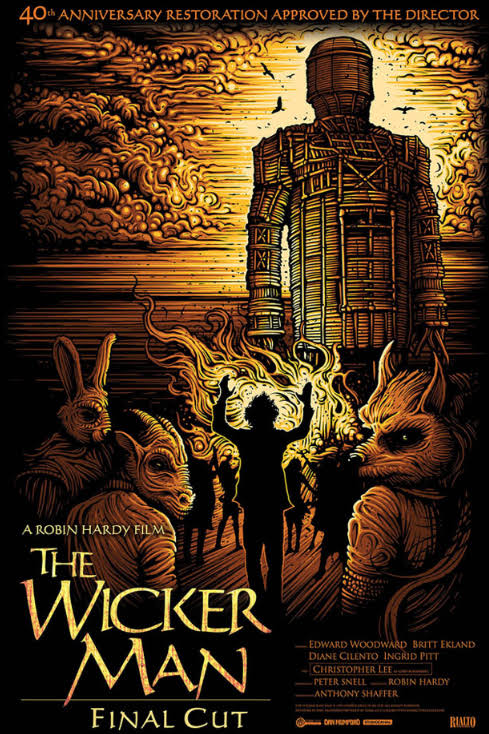