So while looting a city, I ran across a mobile gun system and a car that were on top of each other. They are NOT a wrecked mass, as they can be examined individually, but they are sharing space. I don’t think this is supposed to happen. 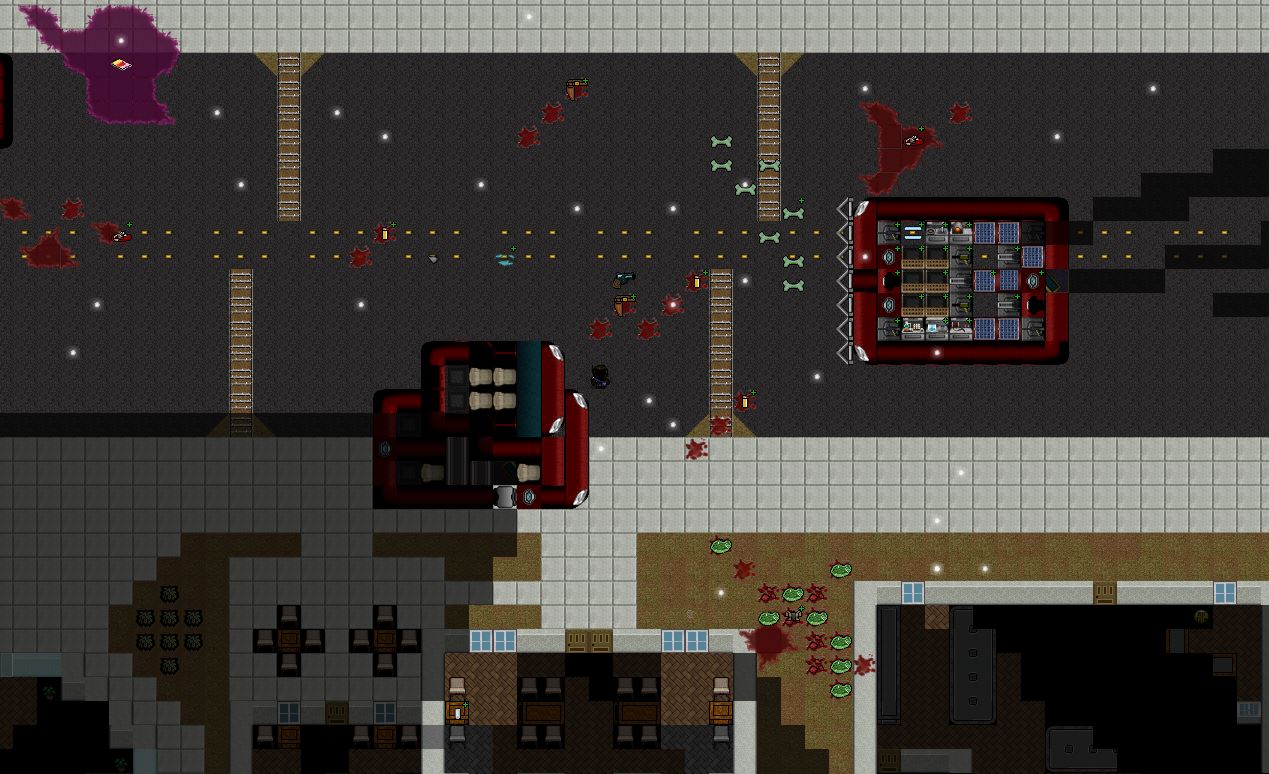 Yea it’s not. It happens sometimes and happens if you exit without saving properly. I wouldn’t try moving them however as it might just explode and instakill you.

I’ve experienced this too. @Eastwardrope91 is right, it’s like they have achieved some kind of unstable equilibrium. If you draw the universes attention to it, it gets really mad, and starts viciously enforcing physics and ejecting one from the other at a high rate of speed. It’s pretty fun to watch if you can survive the explosion.

I wouldn’t try moving them however as it might just explode and instakill you.

Yeah I kinda figured that, I made a point of giving ithem a wide birth when I drove by.

That’s when a bug becomes a kind of feature.

That would actually be a cool idea for a special site in a lab, some delicate teleport tech gets damaged during the chaos and now it’s been zapping things inside of other things.

I think it should only work near by the lab like the road leading to it and I think if you were to do that it would have to also have amalgamation monsters like a broken cyborg turret or a migo skitter bot a a hulk shoggath. Scary things abound and maybe you could harness the damaged transporter to combine functionality so a solar battery back pack or a fire infused sword or a glowing spear (mixing a nuclear lamp with a spear)

Speaking of overlapping vehicles, what in case of a folded vehicle being unfolded inside a car? From my experience, the vehicle in question vanishes and cannot be interacted, stopping your car from moving as well, but usually after a day or two of forced parking it seems to eject itself somewhere nearby. Is there any simple way to recover that vehicle and unbrick your car?

The reason I did unfold my portable crane is because I needed that 20th Storage Battery installed in my deathmobile, and my car is so big I have trouble getting lifting up. I might be able to reach Strength 15 someday to install them manually, but until then… well, gotta manage somehow.