My wife was lamenting that she couldn’t harvest fiddleheads in the forests of the game, even though it’s set in New England where they are relatively common.

I put together a quick mod that adds ferns and fiddleheads to the game.

The ferns are relatively common in the game’s forests.
In the spring you can harvest the young shoots as a food source, but they’re not safe raw.
You need to have some skill in survival and cooking to cook them, and they are much better if fried up with butter.

Why make a mod, you should add this to base game! It looks good.

Agreed. This would be excellent as base game content if you’re willing to make a pull request.

Thirded! Here’s a link to a guide for new contributors!

I’d certainly be happy to make a PR if people find it fun.
Adding fiddleheads as a food source potentially changes the early food options (particularly for wilderness characters)
It also changes up the composition of the forest a bit, by adding more fern tiles.
I thought it might be safer to test that in a mod first to see if people find it fun, without changing the balance for everyone in a release.

Testing are what PRs and experimental are for!

This isn’t really a problem, though there are tests that will need to be adjusted if you make a PR (No there aren’t, I misunderstood what those tests are for). If you don’t have a proper dev environment set up, I’d be happy to help with those.

Also of note, realism is a big driving force for development right now, so adding ferns and fiddleheads by extension shouldn’t be an issue.

Personally, I think having another food source in spring is definitely a positive. Especially with seasons being as long as they are. Most people are going to spend the majority of their time in CDDA in spring as is.

Fiddlehead is good vegetable but it also contains ptaquiloside which is carcenogenic and can be harmful when frequently consumed. Not sure how that would be translated into gameplay though.

fairly easily really, at least to the limited ability of game right now…adjust the “healthy” field until satisfied. Is there any special preparation method to reduce the toxicity? Something like leeching the tannin’s out of acorns?

Ptaquiloside is a norsesquiterpene glucoside produced by bracken ferns during metabolism. It is identified to be the main carcinogen of the ferns and to be responsible for their biological effects, such as haemorrhagic disease and bright blindness in livestock and oesophageal, gastric cancer in humans.

edit2: Scary as that sounds, most places just say to fully cook it before eating to destroy the shikimic acid. Is the Ptaquiloside something that survives the cooking process?

Given how radiation works in Cataclysm DDA maybe carciogens should cause mutations instead. 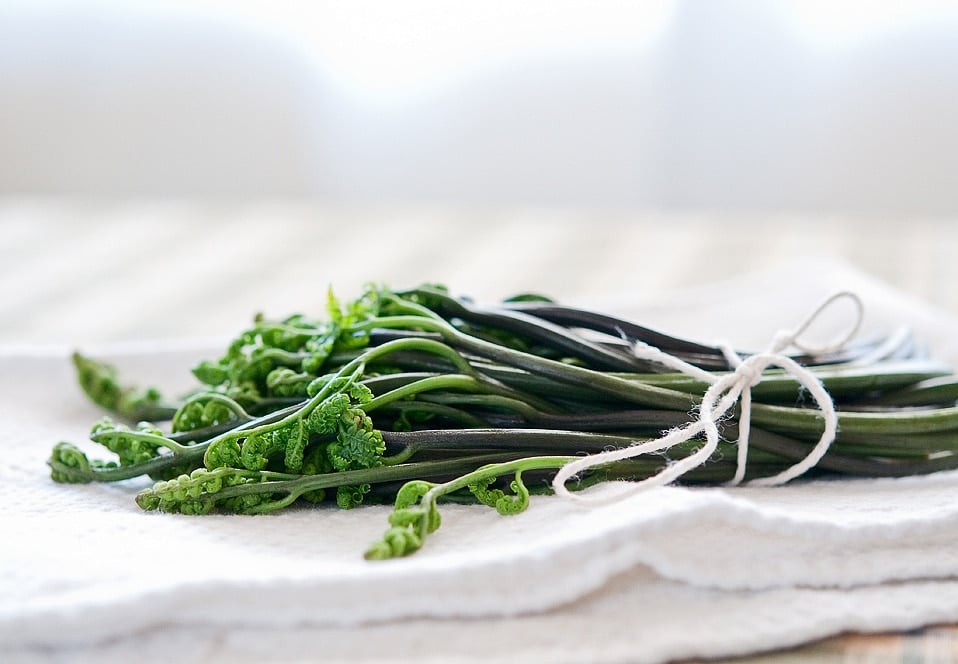 How to forage, harvest and eat bracken fern safely. Properly prepared, bracken fern is a wonderful fern fiddlehead to eat in spring.

On this topic this article explains it the best imo.

Submitted a PR.
Thanks for the suggestions.

Ok, the PR has been merged for a few days. What is everyones impression of the new fiddlheads? Too many/few? Too hard/easy to cook? Calorie count too high/low?

I haven’t been foraging much on my current survivor since the pigcident happened so I don’t have much personal data to go on. I did get annoyed that they look exactly like underbrush though, so I changed their ‘looks-like’ field to be foraged underbrush.

I’ll start a new character in spring when I have the time and try to provide some feedback.

They are pretty good, but there is an issue. When you are foraging and happen to get a bush with fiddleheads in it it prompts you with a Yes/No whether or not you want to harvest the fiddle heads which makes foraging even more tedious.

The fiddleheads themselves are ok, but -10 morale is pretty heafty. Cattails provide the same morale hit afaik but have far more nutrition.

I’m not sure how to address the prompt issue, but I’ll look into it. As far as morale hit goes…the raw fiddleheads aren’t healthy and cause stomach cramps and other problems when eaten, afaik raw cattails don’t do this? Making the raw fiddleheads poisonous was suggested and rejected.

i just realized that fiddlehead fern is what i used to eat with egg when i was a child… taste good tho.

Ok…so the thing is, fiddleheads are only harvestable in the spring and thus, they behave like all other seasonal plants and prompt you to harvest them. I think the solution here is to make it easy to distinguish fiddleheads from underbrush at a glance so you don’t have to spend the time either searching for actual underbrush or accepting/skipping prompts while foraging. Have you tried out “auto-forage” it’s one of the auto-features and can each one can be bound to a hotkey. I like to bind toggle auto-features and just leave all the features on, then you can toggle the whole lot according to the situation.

edit:
Raw cattails aren’t poisonous and can be eaten raw with no ill effects. They appear to be some kind of super survival food. Maybe they taste bad?
Raw fiddleheads, otoh:

Eating raw or improperly cooked fiddleheads can cause symptoms of foodborne illness. The cause is likely an unidentified natural toxin in fiddleheads . Symptoms usually begin 30 minutes to 12 hours after ingestion and may include nausea, vomiting, diarrhea, abdominal cramps, and headaches.

I think the morale hit is justified and tbh they could warrant a mild poison flag if such a thing existed.

Okay, so far Fiddleheads seem fine. You can’t survive on them alone, they take a pretty hefty amount of time to cook for the amount of calories they give you, and they also require water in order to cook. So they’ve hardly made early survival trivial.

Additionally they rot in only two days and become mushy after being frozen. Given that you can only harvest them in spring a freeze-thaw cycle can come through pretty quick and leave you with deeply unsatisfying food that’ll rot very quickly.

I greatly appreciate another use for ghee and butter because this rural house has like ten jars of it in the pantry, so using that to bump up the caloric value and enjoyment definitely feels nice.