Hello, something’s up with the mapgen as it pertains to the new mansion layouts. Looks like the game is spawning tiles of the mansion as “house” on the map, resulting in a disjointed and incomplete mansion. The up/down stairs lead to nowhere and hurt you if you try to climb them. Can anyone else confirm/reproduce, or is my install corrupted somehow? Build 7179. Edit: screencapped the wrong mods.json. I think it may be an incompatibility with the More Buildings submod. 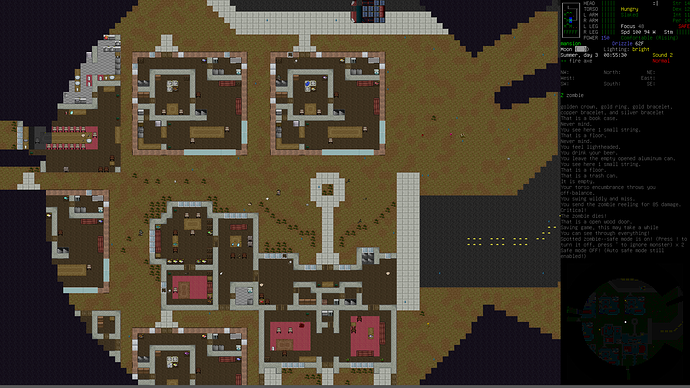 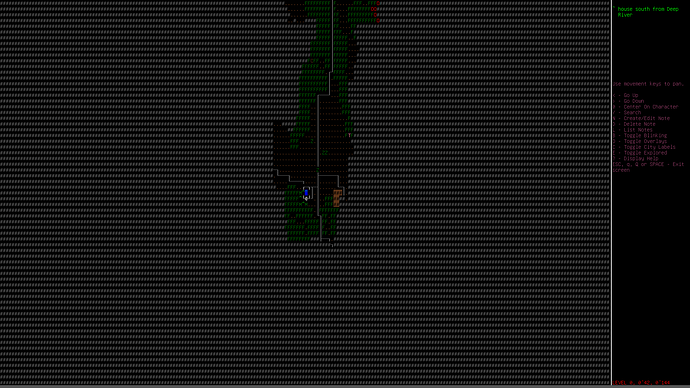 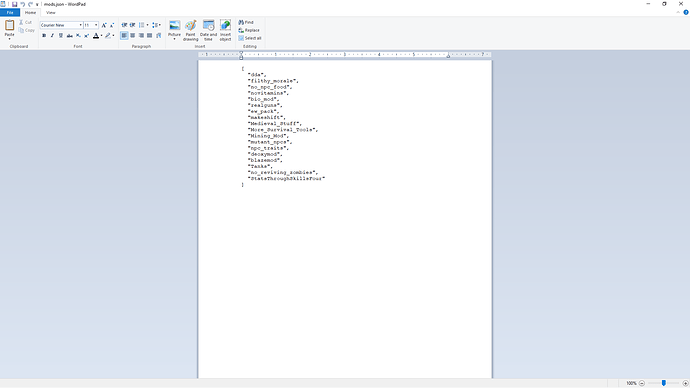 I’ve seen the one in the top right corner, with the square consisting of three beds and a bookshelf around a few times. It looks like it shows up four times here, so it must be pretty common. I had no idea that it was related to the mansions, though.

I’m seeing the same bug, perhaps it has something to do with changes to mansions going on recently?

Most certainly. I’m looking into this.

Edit: screencapped the wrong mods.json. I think it may be an incompatibility with the More Buildings submod.

You do not have More Buildings mod on the screenshot (its ident is more_buildings).

Would someone please provide savegame with affected mansions? I tried to reproduce it, but can’t yet.

By the way, I updated my game and created a new world, mansions are working again. And they look great too!

Yeah, I updated as well and subsequent mansions I’ve come across appear normal. Must have been some transient change with one of the builds… seems resolved now. Sorry for the wild goose chase!

Yeah, I updated as well and subsequent mansions I’ve come across appear normal. Must have been some transient change with one of the builds… seems resolved now. Sorry for the wild goose chase!

Do you remember by chance which version/build you had before the update?

I suspect this bug:

Unnatural map gen with buildings in roads and such

Game version: 0.C-24831-g6a32f4f Operating system: Win10 64 Tiles or curses:… Tiles (MShock32Modded) Mods active: Vehicle Addtions Pack, Filthy Clothing, Prevent Zombie Revivication, Simplified Nutrition ### Expected behavior Map gen was far more natural 1-2 weeks ago and forever before ### Actual behavior As of week or so ago and continuing in latest build, buildings are unnaturally lumped together at times and/or in the middle of roads, leading to some very odd road networks in cities compared to the past. ### Steps to reproduce the behavior Create world, load in, view map. Suicide and repeat a few times to see constency in oddness. Examples: ![image](https://user-images.githubusercontent.com/33404851/32420761-c746677e-c24c-11e7-953d-2a9f2f01a5ea.png)

Which was fixed in:

Closes #22358. Closes #21497. ## Overview @kevingranade was right in his …suspicions regarding the first issue. The @Coolthulhu's idea of unifying town buildings with overmap specials is really great, the implementation, however, has a minor bug which caused #22358. `find_max_size()` performs checks after it increments its counters, so the result value isn't always correct. #21497 is fixed by allowing buildings to override marshlands. Also, buildings can't spawn by themselves like other overmap specials do. This was definitely possible, but I didn't find a corresponding issue. ## Implementation details - Town buildings are now yet more like the real overmap specials. They both use the same check (`can_place_special()`) which obsoletes `building_size` along with the functions that operate on it. So they all were removed (`find_max_size()` was among them). - Added `locations` and a check for max occurrences to the fake overmap specials (zero `max_occurrences` prevents their spawn "in the wild"). - Introduced `overmap::get_default_terrain()` which allows minor code deduplication and localization of a couple hard-coded terrain ids. - Tiny code improvements.

Afraid not. Best I have is that my backup of the previous version (which Im fairly certain is the version the bug occurred on) was downloaded on 2/28.

I didn’t realize this was a bug. I also have found a mansion like this. Also, DO NOT try to go up the stairs… OUCH LOL.

edit: I updated from 7183 to 7192 and found the mansion in 7192 yesterday, but it was just outside the “fog of war” so am not sure if it was newly generated or how that exactly works. It’s in my latest video if you want to see for yourself (not trying to promote in this thread, just thought it might be useful info).

Link please? Sorry for me being lazy.

So it might indeed be related to this “unifying of town and overmap specials” referenced in that Github bug… I stumbled upon a house on the outskirts of a city that was using a chunk from the mansion set, complete with the unclimbable stairs.

So, somewhere in the code there is apparently a mixup that is confusing house and mansion templates. I’ll get back to you when I’ve got more.

Link please? Sorry for me being lazy.

Here is a link to the playlist, my audio quality has gotten better since the first episode.