Is there a way to disable the stomach contents system?

It’s a system I can see others enjoying but I play with simplified nutrition because I don’t really want to mess with stuff like this as I’ve always gotten the impression that the point was to push the negatives without making room for real life adaption, people adapt to their circumstances and habits. I know from personal experience you can go a whole day without eating and not become “famished” or even particularly hungry because I do this on a semi regular basis myself and the delay between becoming full and knowing you’re full is kind of annoying and (imo) unrealistic, you know when you are over eating. So I was wondering if there is an easy way to disable this?

AFAIK there’s no no_stomach_content mod yet 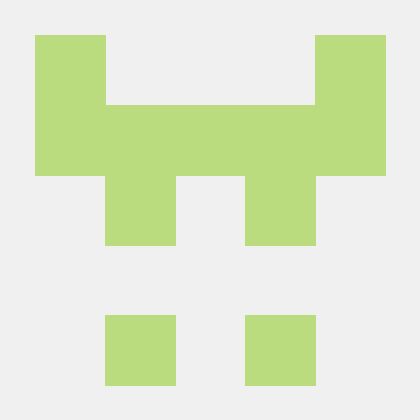 I’m currently poking around in the game files to see if I can find the mechanics for it, fingers crossed.

I can’t seem to find it in any of the JSON files, it would be a shame if it’s hard coded

With long time between the releases and very fast speed of development (which is really good thing!) game can change a lot in just a month or two, so many people want to play with new features but dislike some of them.

Previously there usually was a way to disable or tune them down (like in case of 91 day seasons that still feel completely out of place), but nowadays it’s often not possible.

CDDA is really, really weird game in this one aspect, almost everyone plays on experimental builds.

Pretty much, they just made NPCs less suicidal and I’d like to try that out but it isn’t enough to make me want to micromanage my in game eating more then I do my RL eating.

Just read through it, it seems to me that forcing it into simplified nutrition is a mistake. Some people like/don’t mind micro managing, some people don’t like it. With the game already having a distinction between playstyles via the simplified nutrition mod I don’t really see why it is an issue to have it active for one and not the other. I’ve also had a look through the commit(?):

And it looks hardcoded to my admittedly inexperienced eyes so I guess I’ll be reverting for the moment at least.
Erk April 10, 2019, 5:31pm #10

This is an enormous pr, it’s not something that can just be toggled off.

Nutrition has been greatly rebalanced, largely as part of the stomach pr. Someone could look into modding in a trait that gives you the RDA of all vitamins every day I guess, but I’d suggest trying it out now that it takes weeks to months to develop nutrition deficiencies and nutrients are readily available.

Have you played a game with it? what are the points you think make it more micro-management than it was before this PR?
What parts of it do you feel are annoying or unrealistic?

The reason I ask, is that the PR creator has stated that the effects of this PR will be mostly invisible to most players, and only opens up other infrastructural possibilities for other development areas.

And cata players have a history of seeing a big change and going all alarmist over things that they imagine will be the case, instead of actually playing and seeing.

( But to really answer your question, - no it cannot be disabled )

I gave it a quick run and quickly got annoyed with delays in the feedback from eating and drinking, as I said above, you know when you are over eating, you don’t need to wait between portion to know if you are over eating or drinking IR and I don’t want to be doing it in game either. If it actually makes me keep track of nutrition and calories on top of that I have no interest at all, the game has IMO always been a bit over the top in this regard, It’s why I used simplified nutrition in the first place. As I said above, I’m not taking more care of what I eat in game then I do in RL.

For me personally the only annoying thing about this change is how thirst updates with time instead of instant - even IRL you can immediately feel if you drank enough water after drinking it, no idea why it should work differently in game.

That does sound very strange that fullness would be delayed.

Nutrition has little to do with Fullness, and vice versa. They’re really different sensations in any case. I can get lightheaded from lack of energy without really feeling substantially hungry, and I can get hungry without really needing more calories - a common problem in today’s world that leads to easy obesity because we eat so many quickly and easily digested foods with high calorie values, which leave us feeling ‘hungry’ again in a comparatively short amount of time, despite the fact that we just consumed 1000+ calories in a single sitting.

It’s not unlike the fact that your need to breathe isn’t triggered by lack of O2 - it’s triggered by the buildup of CO2 in your lungs. Thus why you can walk into a anoxic environment and not even realize that you cannot breath - you just pass out and suffocate. You were able to exhale all the CO2, but you weren’t taking in any O2 at the same time, so you don’t realize you’re in trouble.

Anyhow, our desire to eat is (mostly) triggered by our digestive system being empty, more than by our actual need for sustenance, though it’s not quite that cut and dried - but the feedback from our stomachs regarding fullness is almost immediate. If you are eating too much, you’ll generally become aware of it as you go, not 10-30 minutes later.

The knock on effects of starvation, dehydration and longer term satiation, of course, can be quite delayed, depending on our current state, what kind of foods we ate and so on.

The confusing feedback is a legitimate consern and should not be to hard to adjust I think.

So far I ve been using food and drinks the same way I use meth and other OD inducing stuff : take a reasonnable ammount and wait/go back to what you were doing. It works ok, but yeah the delay on thirst and the fact that not being hungry doesn’t mean you’ve eaten enough is a bit disconcerting.

Having a delay on knowing if one is full or thirsty or not is an oddity. You drink something like water and know right away that it quenched your thirst. You ate something and felt good just as fast irl.

But that aside. The trait Self Aware maybe a valuable cheap trait to pick up to know more than just health point value. Perhaps the trait could have some extra value in knowing a little more detail to hunger and thirst(Besides knowing you are no longer hungry/thirsty. A child knows this information).

I update my game daily and when the changes took effect, I genuinely thought it was a bug. It seems to me to just be needlessly confusing without adding much of anything to the experience. I really hope it’ll eventually be toggleable, if nothing else.

I also did not know it was a feature and thought my character was broken. That was deeply frustrating (I now have about 5 recordings where I’m complaining and confused) and I was pretty upset about it.

However, now that I’ve looked into the PR, I genuinely think this is a good change. I do think it needs work – your character should still prompt you when eating or drinking a lot (to prevent wasting tons of calories). In real life, if I’m hungry and I eat, I usually stop being hungry around the time I take my first bite.

Keep the stomach contents/calorie stores system, but update hunger and thirst ‘statuses’ (hungry, thirsty, dehydrated,etc.) immediately upon consumption. That’s my opinion and I get it if that’s not an option.

For those who really want to turn it off – I think this is a major change that I really don’t see them allowing an alternative for. It’s part of the game now and though it may get refined, it isn’t going away. Best learn to accept it.

All just my opinions. Not trying to aggravate anyone.

I thought the feature would decrease the food/drink needed to become full/sated to keep you from overeating/drinking, and it would not actually show true nutrition/thirst and you wouldn’t know whether you were still malnourished or dehydrated.

So far it seems to make my character famished near-constantly despite eating enough for several people. It seems to skip hungry and go to very hungry instantly, and I don’t have any parasites. Debug meddling says I have 7,000 “stored calories”, though?