HOW you guys killed a zombie?

Find that annoying. Try walking around a corner and a tank shoots you lol

in my whole play experience, i’ve encountered 4 beagle tank but all of them focuses on shooting zombies rather than shooting me. weird but true, i even hit them once but they still shooting zombies like im not there at all.

I find it funny to garner a heard behind me. Smash through a window and let the tank blast all the zombies as I duck into a house for cover.

One time the tank got surrounded and blew itself up. It was behind a set of vehicles and couldn’t fire. By time it could the zombies were upon it. BOOM!

so zombies can damage the tanks eh? i thought those undeads can destroy the tanks.

I honestly have no idea if the zombies could damage that tank. But the tank launched a rocket/missile or whatever and blew itself up with the herd that peaked around the truck.

zero effort but 100% safety. with a swarm of zombie.

I enjoy luring mi’gos into hoards and then watching the ensuing street fight.

is it true Mi-go in CataDDA is based on Cthulhu things?

Yes, they’re part of the Mythos. 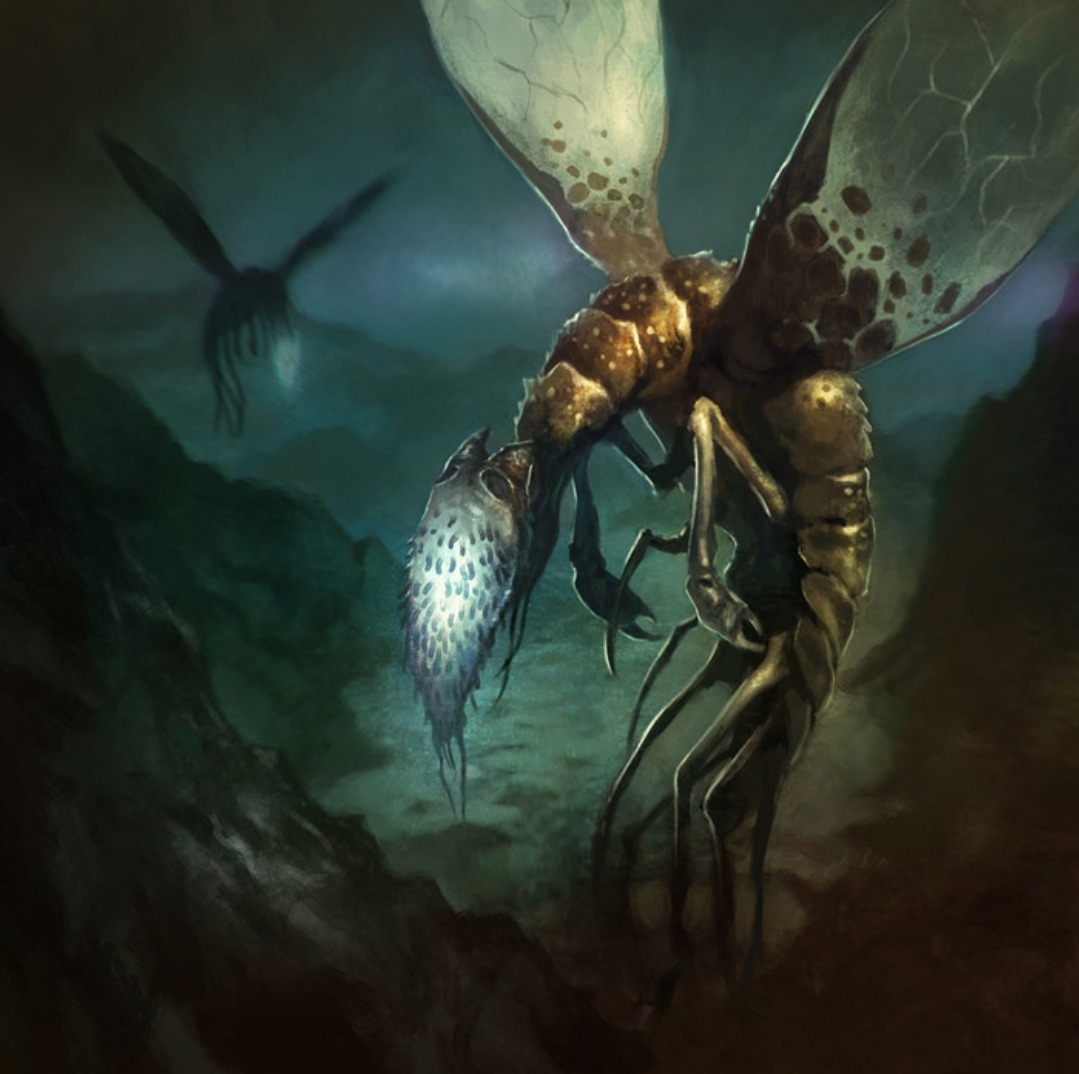 The Mi-go are an extraterrestrial species from the planet Yuggoth. They are described as winged creatures with large claws and heads covered in antennae. The Mi-go are a scientifically and technologically advanced race, having a particularly...

this is why we always kill those mosquitos around our house…

These dont look like our migos D: would be awesome though

Our Mi-go creatures are more like a creature that was once multiple humanoids and other creatures, melted into one creature.

Something similar to The Thing.

Nah, I think it’s more that it just mimics things it’s heard before.

nasty, thinking mi-gos are multiple creature morphed into one…

i was thinking, is there new feature for latest experimental?

Isn’t that the Jabberwock?

I didn’t make the creature. But seeing as the labs contained them for as long as I can remember labs. I figured that even while mimicking a human and their speech. The creature really does seem to be a mish-mash of more than one fleshy beasty with enough sense to attempt communication. That seems far more f**ked up in my mind than an alien critter.

It is just that Mi-Gos are REALLY smart and copy human sounds they have heard to lure others in/demoralize em. Also spoilers: The labs are mainly there to research the portals, anything that comes OUT of the portals and how to possibly use those things. Mi-Gos are invaders that came through portals

oohh scary, to think Mi-gos can lure human by copying sounds of their latest victim…

and that also reminds me of this creature :
http://www.scp-wiki.net/scp-939
(SCP-939, a creature that lurks its victim by mimicking human human voice of their recent victim)

Personal choice…probably because I am old…

A grue is a fictional predatory monster that dwells in the dark. The word was first used as a fictional predator in Jack Vance's Dying Earth universe (described as being part "ocular bat", part "unusual hoon", and part man). Dave Lebling introduced a similar monster, whose name was borrowed from Vance's grues, into the interactive fiction computer game Zork, published by Infocom. Zork's grues fear light and devour human adventurers, making it impossible to explore the game's dark areas without ...

Because I grew up with Zork and other wacky games.