How to raise health very fast

I’ve got a Broken Cyborg. Day 1 is now over, and I’ve got a Steak Knife, a single First-Aid Kit, a house with a pool, a real katana, and 8 Adderall. I’ve removed the Leaky Bionic, but since it took until 11 O’ Clock that day, health has already dropped to -161, which, if it isn’t already beyond healing, is close enough that it won’t matter with the Acidic Discharge constantly doing damage. An earlier run in with a Zombie Hollow reduced Torso to | |, so this character will be dead before two days if I don’t either get healing happening again or remove Acidic Discharge, which I don’t believe is going to happen. I’m pretty sure I’m going to have to use the First-Aid Kit on the Torso to stave off death, but if it’s not going to change the outcome, then I may as well take a chance with removing Acidic Discharge and pray this guy doesn’t scratch himself to death.

The house is near a pretty dense forest, so I can probably forage up enough Wild Vegetables to live on, but I doubt it will raise health fast enough.

So what would the forum recommend doing, and, short of stumbling upon enough gamma globulin shots to make a porcupine statue from the needles, how can I raise health from -161 fast enough to heal faster than the Acidic Discharge can do damage?

It’s also worth noting that this world is using the Ascension mod and, by extension, PK’s Rebalance.

If you can drink pine/dandelion/herb tea instead of water. All of those are healthy foods, with I think pine tea giving the biggest health boost but I could be wrong.

That’s a great start, thanks. Is there anything else that would help? I’d rather not lose this guy, if possible.

If you use the adderall before trying to remove the acidic discharge CBM it will raise your intelligence and raise your success chance a bit, but I assume you already know that.

It might help to get a bunch of sleep, but that might just damage you to death anyway. Hang on, does the acidic discharge damage you directly or just spawn acid? If it just spawns acid you could find some rubber boots/gloves or a cleansuit or something and just wear that to protect yourself.

It does direct damage to every body part and some pain every so often. I think there might be a periodic check that it does to decide whether to damage you, because I’ve seen it happen two or more times in rapid succession.

The damage itself is paltry, but because it happens so frequently and nothing can stop it, it could conceivably add up to kill a character. Then there’s the Itchy Metal Thing which can also do damage to a single body part periodically.

They can both do damage even when you’re sleeping and I believe they can wake you up.

That does make things difficult…

Health seems to be a lot more dynamic than it used to be. After only one day of living off Wild Vegetables and Clean Water, it has gone from -161 to -32, which is higher than I had ever gotten it on a Broken Cyborg before the Leaky Bionic started dropping it like this. I don’t have the necessary skill to make the Pine Needle Tea, but it looks like he will survive. Thanks for the help, both of you.

And you’ve got those aircraft-turbine grade metals on/under your skin, so killing you is gonna be that much harder. A whole 3 points of permanent armor on the whole body.

–Is there any way to check your health other than using debug? It’s really annoying that I have to do that, since I wanted to check on Keith’s health overall while he still had the leaky bionic to keep him alive. However, to be honest, if you don’t get rid of that thing 10 multi-vitamins a day won’t make hardly a dent in your health. That said, it’s the only reason Keith is currently alive.
–Also, do you end up just dying at a low enough health? The game seemed to be hinting at that every morning mentioning how crappy Keith felt, so I assume -200 health might be lethal, since he never got quite to that point.

Inside the “save” folder are folders for every world you have. 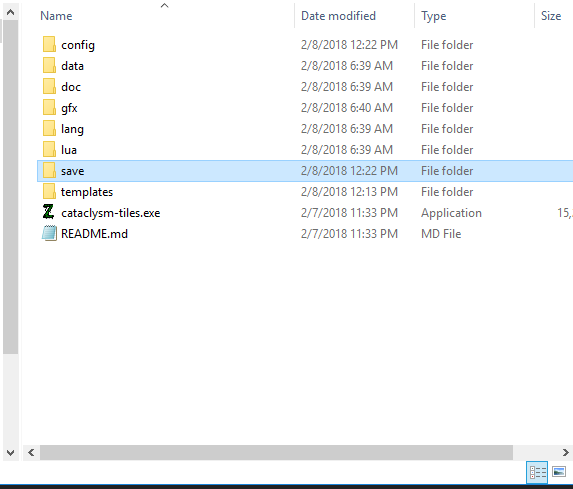 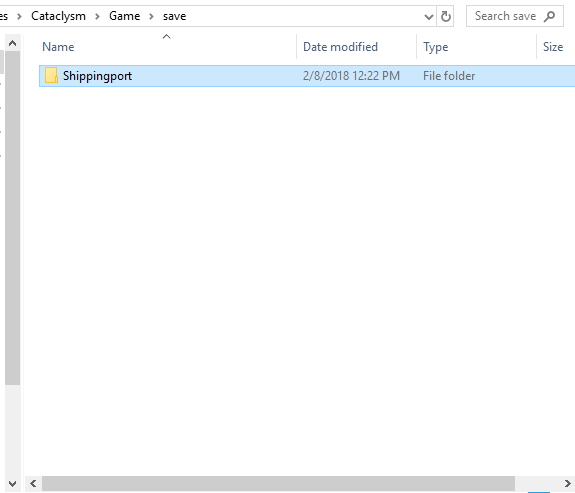 Inside each is a number of files named with a random string of characters and an extension. 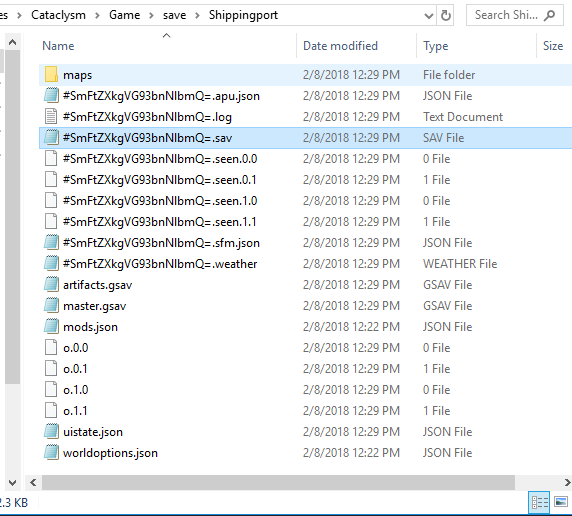 Open the one with the .sav extension, treat it like a text file if necessary, then search (Ctrl + F in Windows applications, generally) for “healthy”. 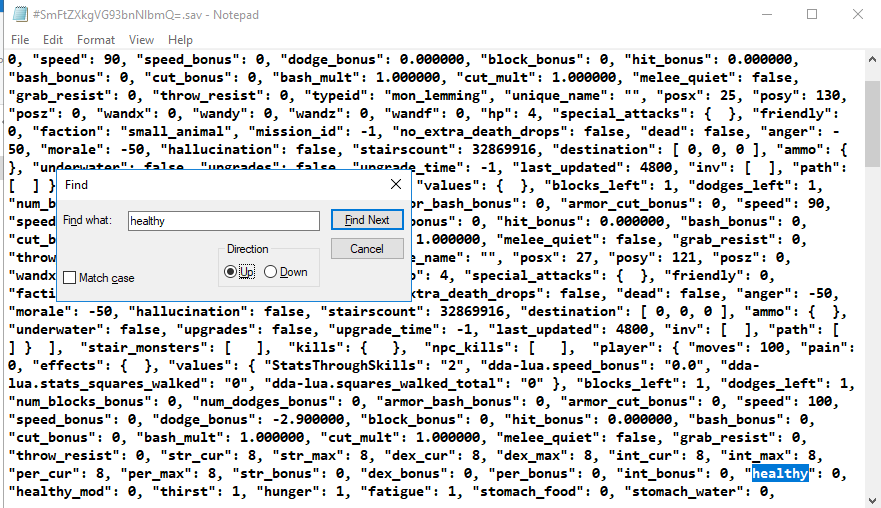 The number that comes after “healthy” in the .sav is the character’s current health. I’m not sure how it works for worlds with more than one character though; I’ve never had two characters to a world.

The value you’re looking for will look like “healthy”: 0 with your current health replacing the 0.

It’s not exactly convenient, but it’s the only method I know of aside from the debug menu. You could always just use the messages as a point of reference. You can quicksave from the Esc menu, and the file should be updated, so you don’t have to save and quit to check it, but you will have to reopen the .sav each time you save to get the updated value.

I’ve never died from low health, but I wouldn’t dismiss the possibility.

Your best indication is the messages you get when you wake up, green is good, red is bad.

Low health will mess you up, but it shouldn’t kill you outright. If it gets really low, -500 or something, it might cause you to lose health instead of gaining it while sleeping, but I might be remembering wrong.

Even so, once you get to around -200 you should basically just be like: “Oh crap this is bad, I need to take a crap tone of vitamins or something!”

Yeah, something went weird in that run. I don’t think it’s aupposed to be able to get that low anyway. I had run out of water during summer so i was drinking wine instead, then i got in a big fight with some insects getting poisoned and irradiated in the process. Took like a year to get my health back up.

–Wow, you gotta be a member of Keith’s family or something!