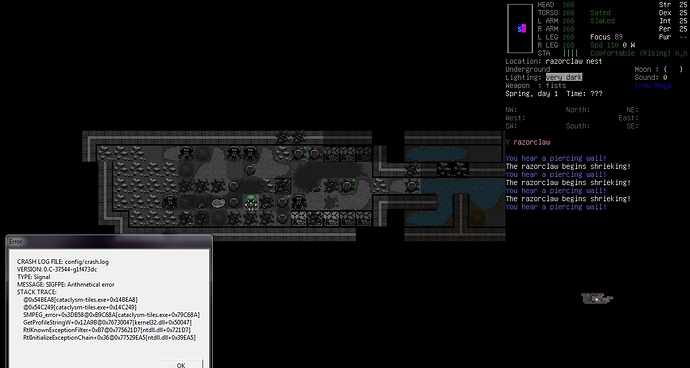 another bug (fatal crash) i come across during my experimental play…

this crash happens when i try to butcher an Alpha Razorclaw on a shipwreck…
this is not the only fatal crash occured to me before, when i try to ask some equipment to starting NPC the game also crashed too.

Yeah the experimentals have been rather crashy lately. Oddly enough this is actually the first time I have seen the game actually crash.

I’ve noticed that too. Had a crash moving north on the overworld. Been playing the experimental builds since I got into the game and I’ve never had a crash.

so far so good.

Best part is somebody decided to have autosave off by default. Bright idea right there.

Hope this gets fixed soon. Until then ima hardcore autosave every 1 minute.