Creatures wielding things (in their mouth)

Could creatures other than player and NPCs actually wield something?

I imagine my survivor in ANBC suit having his awl pike wrestled from him and being pierced by the zombie master with it instead o.o

Now would that be a thing?

Theres quite a few technical issues with mons holding and wielding weapons. Least of all not having bps…

Dogs do not do this: 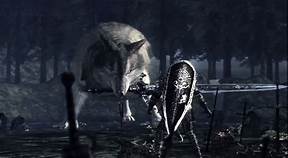 And thats why we should not have mouth-wielding animals, any more than vest with explosives attached to them.

A key distinction between players and most monsters is that monsters are not “tool users”. While a dog can hold a quarterstaff, they cannot meaningfully wield it.
A handful of rare monsters like mi-go and gozu are capable of using weapons, but “disarm” type attacks are super problematic and I’d prefer to avoid them.

What do you mean when you say

“disarm” type attacks are super problematic and I’d prefer to avoid them.

Is that reference to some kind of bug issue that pops up if disarm gets messed with too much? Or the potential problem of making the game unfun by near-mandating that players carry too-many weapons/measures to counter creatures they encounter? This seems like a small allusion to something interesting. Please expand. Or link.

There might be suprise moments for most players when they exit their death mobile to start gathering, suddenly a zombie master or grabber or somesuch approaches. And they find themselves wielding no weapon. Because the creature took it.

I understand the frustration and deaths this might cause at the moment.
However the development of a full blown wrestle system like in DF is out of the scope of C:DDA.

The thing with disarming is in some way like the whole cataclysm itself.

Both might have an only abysmal probabillity of happening. But if they do, their impact is enormous.

The image of a mod for weapons that would allow them to be fastened with quick adjust clasp came to mind. With a chance to prevent disarming. Could that be a thing? 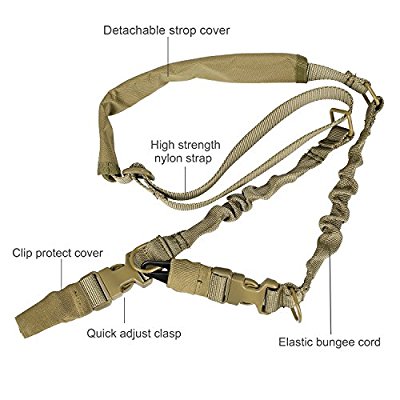 The Zombie Brute pulls the blade from you hand!
Your improvised clothing prevents the weapon from leaving your hand!
Your hand and the weapon go sailing off in an arc!
You have been disarmed.

I think de-armed would be more appropriate here.

In my own writing I’ve always regarded that if a zombie died with something in their hands, they might continue to hold on to it. Not unlike how currently in Cataclysm we find firearms on zombies. They have them because they had them before.

But the concept of the undead using weapons or technology bothers me (looking at you, grenadiers). The idea of animals using weapons is ludicrous. I wouldn’t hate it if some of the otherworldly creatures possess weapons but that’s about it.

Just thought I’d weigh in on how I think this thread’s suggestion is terrible.

its not terrible. its theoretically possible to make electro-pooch right now even.

And it’s utility in mods is real enough.

It wasn’t a question of possibility. It was my offering my opinion.

My opinion is that dogs with zappy weapons in their mouths is ridiculous. Though I could have been clearer - I think it’s ridiculous in the confines of the main game.

If the suggestion was for a new mod, then I apologize. It wouldn’t be for me but no doubt some people would like it.

Thus discussion took good track as a general discussion. The initial thought was actually absurd, but enough so to share with the community to see how feasible it was.
No way technically yet to make creatures use items by wielding them.

But are then Grenadiers, Scientists with vials and suchlike implemented differently?

Also electro pooch came up because some new to the game observed character was wet and asked if that influenced it being shocked. However, going further into that point should be diverted to another thread.