I remember hundreds of videos where people using plastic barrels, rubber, lots of coatings and materials created relatively cheap and small bunkers a few meters underground, but there is no such “small” experience in the game.

some houses have a backyard, I think it would be nice to add tunnels hidden under something that lead to small bunkers in which it will be possible to safely survive the first days of the cataclysm.

Thats can transform in some starts, “i cnow that end beggins!” Something like that.

tunnels hidden under something

Hidden under what? Some bushes? A shed?

I generally like that idea but I am unsure if z-level -1 (dirt layer) would classify as “a few meters underground”. Tunnels dug into the dirt are not made to last and can collapse easily. Do you have any links you can share regarding the whole thing?

Perhaps something similar to constructing a root cellar can work here.

In the 1950s, many citizens built personal fallout shelters in the US. They were underground, concrete and/or metal encased structures. Some more basic examples weren’t really ventilated or may not have even had electricity. They were bunkers to weather out incoming bombings, then to get back above ground and do what you had to do. Other, more elaborate setups (think current LMOE shelter in game) had air filtration, generators and possibly even a tap into the water table to bring in non-radiated water from below the surface.

It all depended on one’s budget and level of neurosis, but a drive through Oklahoma or Texas will take you past NUMEROUS personal civilian shelters. Just look in the back/side yard for a concrete mound maybe 2 foot tall with a metal door.

I personally don’t know that I’d really want or care for the addition to the game, but they are common and some real estate listings even note them as a feature, despite being 60-70 yrs old, leaking from cracked foundations and possibly dangerous after decades of disrepair.

Things where slowly getting worse before the cataclysm so having a sudden boom and resurgense in civilian shelters or many people consturcting one themselfs isn´t so far fetched.

These would be cool if you could also show them in varying states of construction. In the game the apocalypse happened pretty quickly. I imagine a lot of people got the right idea a little too late.

Additionally these needn’t be as upbuilt. My guess is it would mostly be a shipping crate buried underground and loaded with some basic furniture and canned goods.

Makes me think of tornado shelters in the south. Functionally a cement pit large enough for you and your family to huddle and probably also home to a couple of boxes of Christmas decorations.

You could even expand the lore using flyers and newspapers showing a local profiteering construction company (probably was building below-ground pools before the last year) advertising putting in a variety of these civilian shelters. But yes- as rare as an LMOE versus the houses ingame seems correct.

Maybe one solution to this would be people converting their basement into a shelter. Could be done a fraction of the time it takes to build any kind of bunker in the backjard and much cheaper.

Well, i draw “premium” variation of bunker, realy rare thing that can contain omething really good. But we need bunkers expansion. Why we dont have “elite” people giant bunkers that have tons of zombies, premium (gold, good clothes) stuff, tons of food and something REALLY scarre that killed that bunker? (You remember resident evil part, where zombies dig tunnels to prison where our heroes tryed to survive?) Something like thise 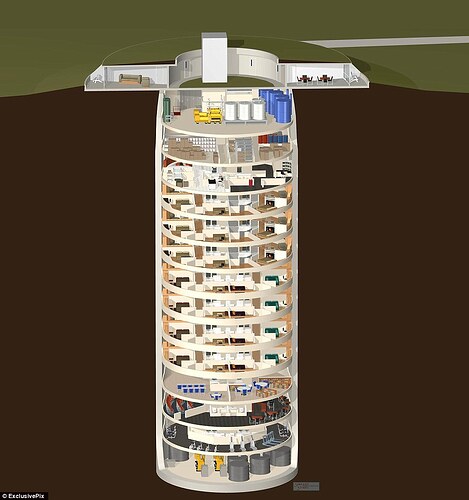 When i hear something like “i have good bunker!” From CDDA player, thatswhat I imagine 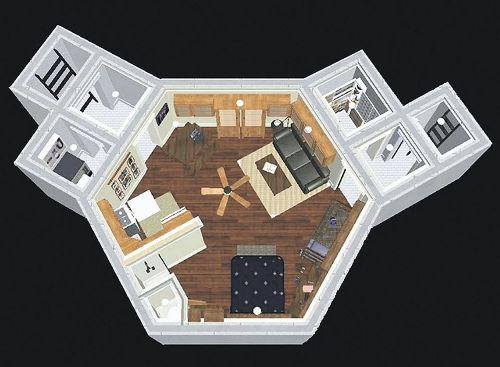 this is what is really happening 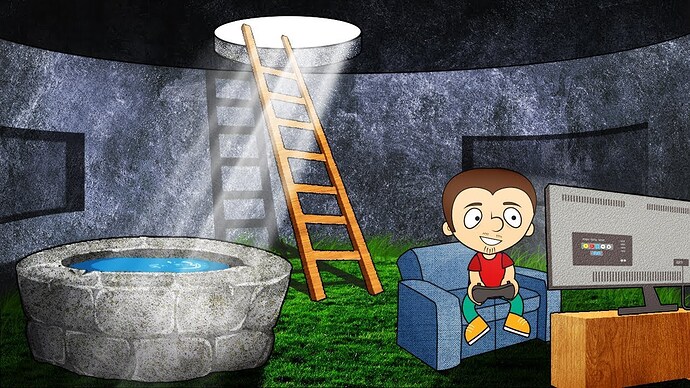 I really love bunkers. That things safe, have good temperature 24:7:365, all what u need-food, u can use water pump so much how u want. All what u need-live in 20 tiles behind tryffids, exit-kill tryffid-butcher it-u have tasty, nutrient no toxin food that cant cause fat!-live like thise how much how u want.tryfids tlreally good friends. U can easy have free wood, good food and ptotection from mycus and hordes.

Now all what we need-good Z levels enemies worms/digging zombies/mycus underground mycelium that wants to kill you to have good underground gameplay!.

This would be a new fairly rare dungeon type. So it would deffinetly be a brilliant idea. Maybe also make a variant that still has people inside it and act kind of like another faction.

Your mega-bunker looks like something that either would spawn underneath a Mansion or should be it’s own specially built dungeon. Alternatively this could be what’s under the refugee shelter or be a dungeon that gets linked in a questline from then Old Guard rep. This seems like a more sensible and interesting mission site than the necropolis (which is currently debug only atm).

The problem with this, at least in real life, is the fact that the house above will fairly likely entomb you when it collapses from whatever natural disaster. That said, some people would probably be more desperate than others and it could be a rare basement variation, I’m sure.

thats what i was suggesting a while ago

I think, although it is possible to implement such a premium bunker, the question arises-what will we see in it and what will we get for cleaning it.

First, you need to decide what caused the death of the bunker: huge worms that ate holes in the walls and devoured all the people?
zombies that also dug through the walls and began to devour people? some very dangerous demon destroyed this place and built his lair underground? Or is it all the fault of the mycelium mucus that sprouted into the bunker, which turned the bunker into a colossal tomb? the bunker could have been built next to a huge cave, inside which incredibly dangerous monsters died after the beginning of the cataclysm (I believe that the bulk of zombies and mutants are underground and under water, because these are the most spacious places on our planet. on the surface we see only the weakest monsters.)? squint, you can come up with anything. and it’s the same with simple buildings: I still don’t understand why we don’t have prisons captured by bandits (I’m sure many watched the walking dead, prisons are a good, fortified and spacious place to live), laboratories in which the surviving groups of mutants gathered (and there were definitely many of them), small towns- from several houses and shops that were completely rebuilt into trading towns of survivors, captured by a mushroom or burned down by the war.

although we are in the open world, but the feeling that a zombie serum was simply sprayed over the world mixed with mutagen while you were sleeping in the bunker does not leave me

Why not a singular dungeon that is a bunker made up of politicians and their families. Those exist.

I mean we could add several missions surrounding it as well as goodies. It would be great to gave a place where a CVD or Nanofab or power armor is sure to spawn. Mutagen is a dime a dozen recently and not so good considering a few bugs I’ve encountered.

Mutagens is truly bad in new wersions, so mycus still good. Incredible count of food (i have over 1000 mycus fruits for 3 days, we need only 4-5 per day, and i have so much frouts only because infect 10(literaly10) forest tiles.) Thats incredible, also i can spawn friends that can make small part of city/world fully friendly for me. I can sleep on mycelium and thats better than bed! Literaly mycus now-gold expirience. U dont need cry when all your food get destroyed, u dont need want to destroy whole world because all your inventory blocked by water and food and you cant steal that cool-thing. And all thatvi have in first 40 days, just walk and seek 1 granade to kill mushroom blossom, find frouts, seed and some juice (thats really easy) and you god of your own life!
When u remember that bionics compatible with mycus-thats turn in unholy power. Oh, also if u really hate NPC u can just infect him by your friends and look how he lose hands, legs and life when hell like pain destroy he mind

Okay, now I suddenly want to try a mycus run. Sounds like the grandest way to survive the cataclysm. More so, the best way to thrive in it.

this is actually the easiest way of life, after a complete mutation in mycus, it is enough to find a small forest, infect it with clouds of spores (there are spores as existences, and there are as gas, we need a gas option. you will get it anyway in the course of evolution, it’s just more effective than spores, if you have spores, just find a mushroom tower and wait until the mycus infects the nearest forest, there you will collect food for yourself), and live a full life: 4-5 mycus fruits are enough per day, 1 fruit in size and volume less than an apple, you can carry HUNDREDS of them with you, if you infect a forest, then you can get at LEAST 5 from 1 tree, a maximum of 50-60 fruits (depends on luck, when collecting from a tree it may remain possible to collect, my record is 49 fruits), 50% of trees are infected with flower mushrooms, the other 50% are simply infected with fungal mold, and 10% of these infected trees will grow fruit. it may seem like a small number… but the forest is a forest, there are a lot of trees there. the downside will be that the fruits on the trees and bushes do not regenerate (at least 1 year, maybe regenerate, but I did not notice), so you will need a “fresh cut”, but with the volumes of food produced, it does not matter

Can we convert NPC to the way of the Mycus? Currently got a priest run were I’m hoping to start the cult of the Mycus and convert others to the splendor and magnificence of the Mycus.