Synopsis
As an adventurer you were battling against the green menace when you were seperated from your companions and knocked through a strange shimmering portal, now you have a new green menace to face and have to find a way home in an incomprehensible strange new world.

Goal
Your goal is to survive and locate a Portal Generator Item.

Time for a new challenge! Unfortuantly the Nuclear Winter challenge is still unavailable so I’ve been thinking up a new one. Enter the Zombie Slayer Challenge, play as a medieval style adventurer in the modern apocalypse with all the problems that entails. To a certain extent you’ll have to use your own judgement on what you should and shouldn’t be doing with this but the general idea is to limit yourself to within the plausibility of the scenario I’ve outlined.

Edit: I forgot to mention, post your adventures here

After a couple of pretty bad starts, including one where I was surrounded by fungus, my Zombie Slayer challenge is off to a decent start. This time I started near a campsite and I’m currently holed up in the reception area, bit worried about being so exposed but got lucky with what I found here as it included a woodaxe, a hunting knife and binoculars.
Just killed and butchered a beaver so Zombie Slayer won’t starve but there is a nothing in map range and I’ve got a wasp to the south that is making me nervous 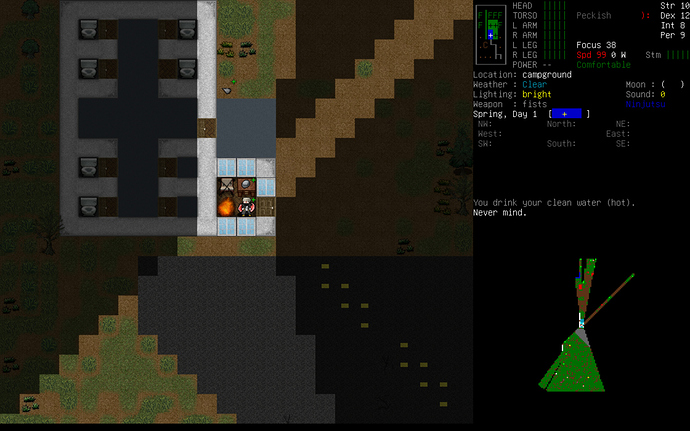 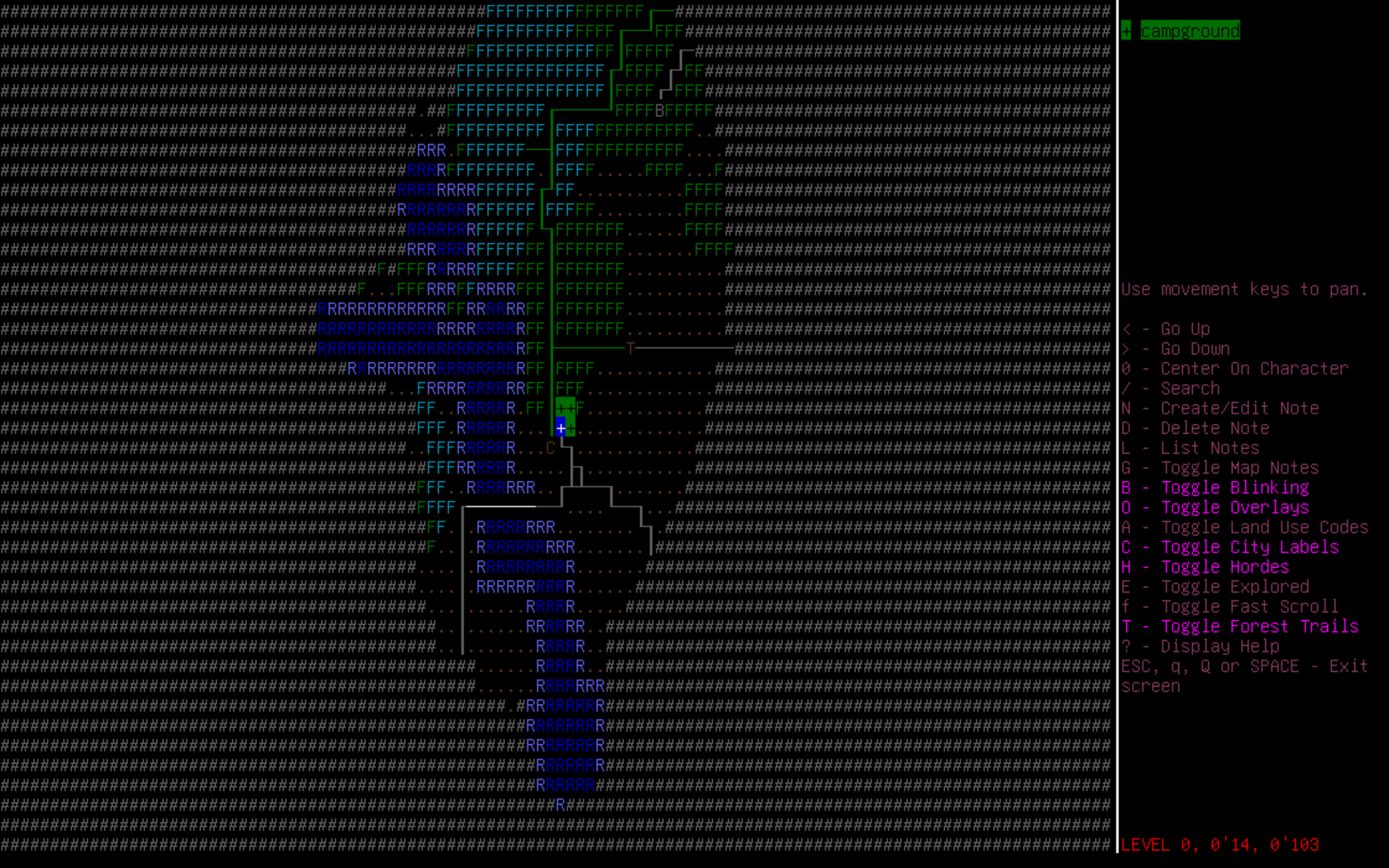 BLOODY GIANT WASPS. Why are you waiting to ambushing me in an empty cave?!
I’m going to enjoy eating this git. 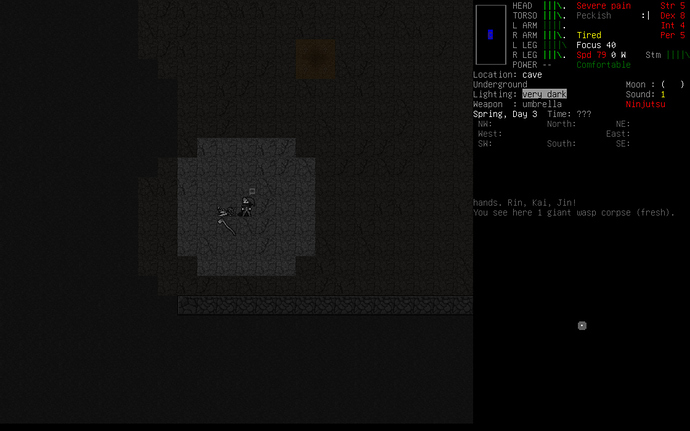 SOunds like a lot of fun, molotov’s shouldn’t be allowed as they are a lot more conplex than a simple rag and alcohol contraption, and the very first molotovs weren’t readily used until the bolshevik revolution by Lenin and pals. (It’s more rooted name is “Molotov’s Cocktail”). It was a super easy counter to czar tanks and troop groupings rather than gathering funding for expensive grenades, or making shoddy ones that could easily blow up any moment.

Sorry for that rant but knowledge is free, so have some bro.

It’s a refence to the characters origin.

you forgot to add psychopath trait, as gobslayer has been proven many times before he isn’t affected by things such as petty human qualms about rules of engagement
and considering he uses whatever means he has to systematically exterminate the enemy I don’t think he’d be adverse to modern technology. after all the skill books seem to be educative enough to build a functioning car in game

Hating a particular group, and being practical when it comes to fighting them doesn’t necessarily mean someone is a psychopath. Not saying he does or doesn’t fall outside that group but just putting that out there.

As for the rest? I’m hand waving it because it wouldn’t be much of a challenge if I didn’t, if you can use modren weapons, tools and vehicles it’s just a normal playthrough and not a challenge.

After nearly two weeks in this new world, Zombie Slayer has managed to build himself a canoe and is ready to set off down river. 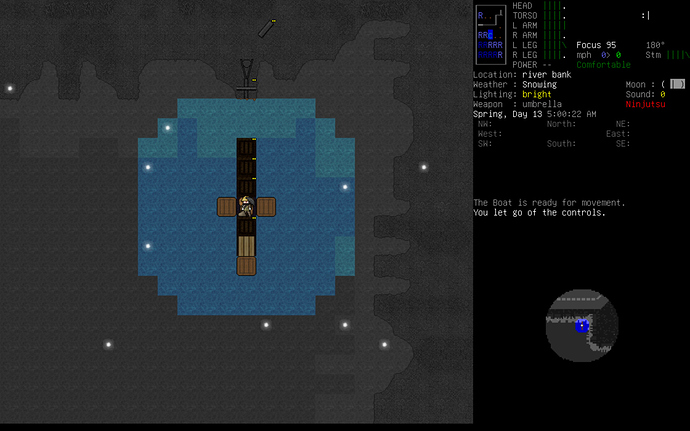 Places I have no intention of landing, top of the list: 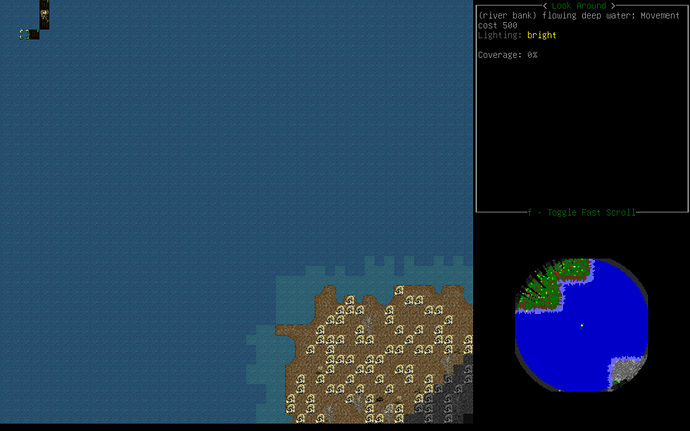 Found myself a little island to hide out and heal up for a bit, the lack of decent armour is really hurting but I’m slowly working my skills up. Illitirate has really been a big part of this challenge and it’s been interesting figuring out how to get stuff done without books. 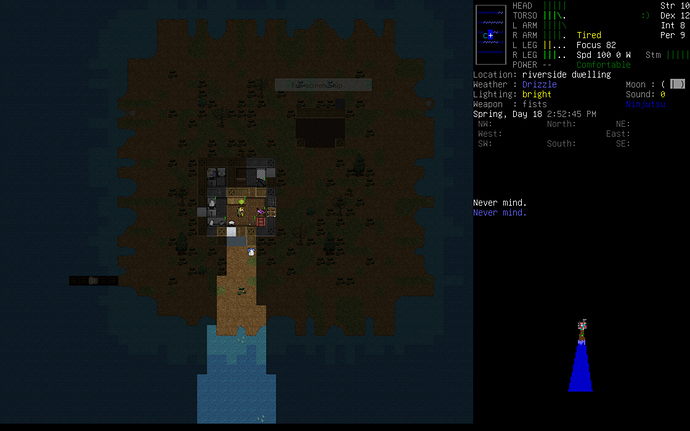 With the light-at-night bug fixed I’ve been able to get back to this, after swapping out my paddles for a sail I decided it was time do some town raiding at last.
As you can see even with darkness, light step and ninjutsu things can go poorly. Got cornered in a bathroom and had to fight my way out, one duffel bag gone and a thorough kicking later, Zombie Slayer had to flee for his life.
Once he’s healed up I’ll have to go back for the stuff that ended up dropping and I’ll think about setting up somewhere on the mainland but for now I think I’ll stick to my island, focus on fixing up my gear and working on some of my skills 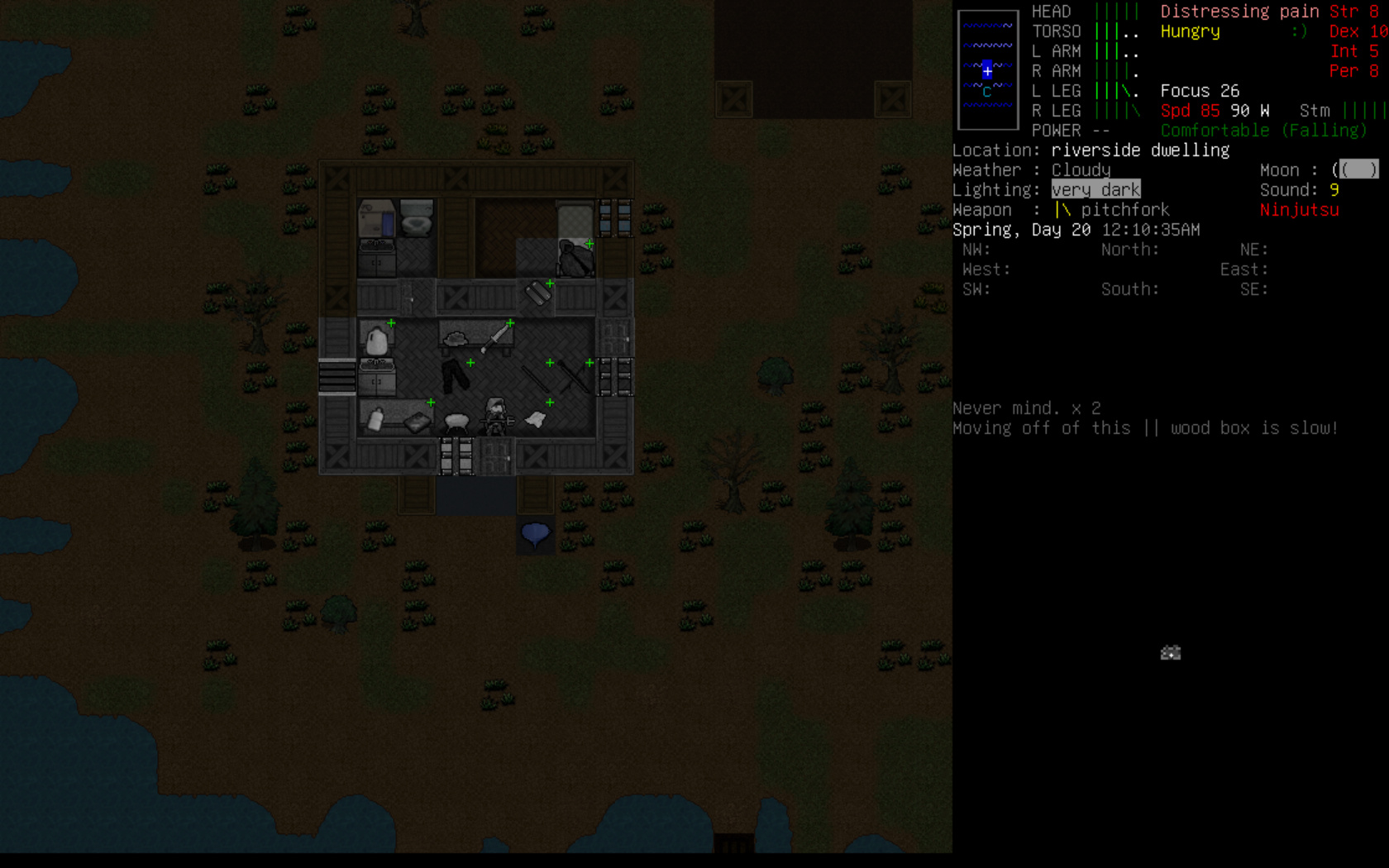 Zombie Slayer gets his hands on some magical items, hopefully they will be useful! 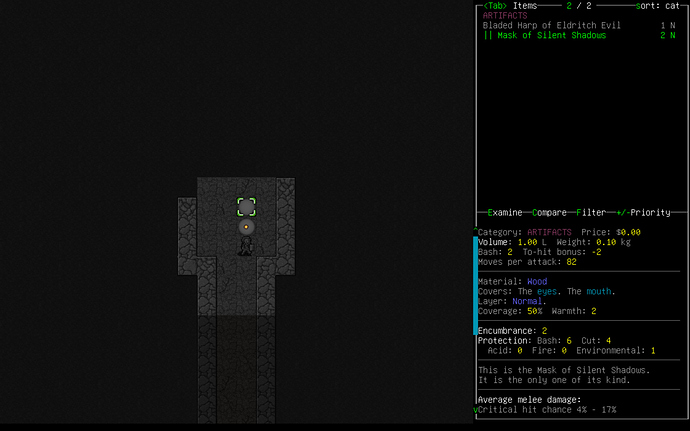 Lack armour? wEaR ThE BoDiEs oF YoUr eNeMiEs! 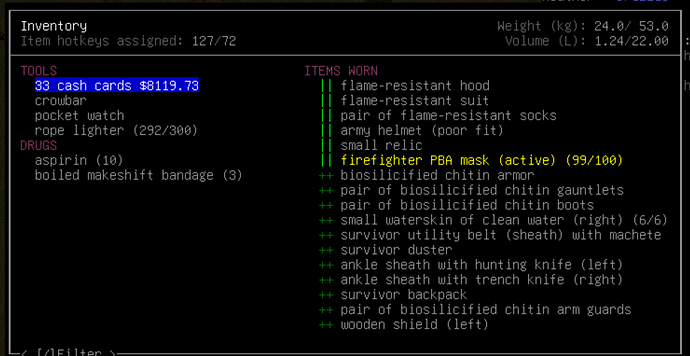 It’s not goblin Slayer unless there’s some goblin on maiden action…speaking of…welp, it’s time to read some manga.

Getting some good work out of the bear traps I set up, been a while since I really played around too much with traps and it’s been surprisingly effective at keeping my little island zombie free. 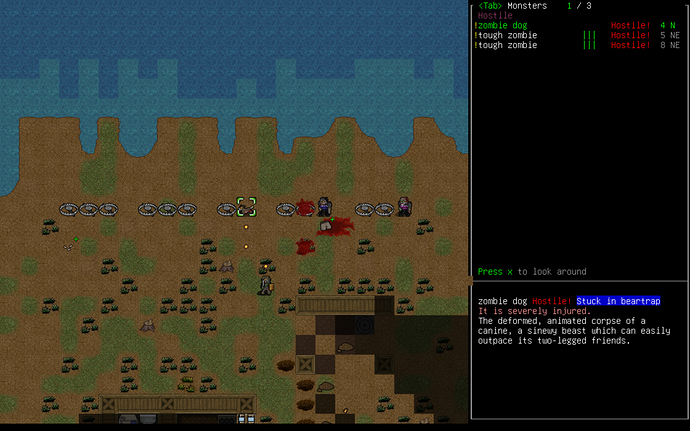 Time for a change of locale, I’m going to miss that island, it’s been good to me and kept my survivor safe while I ground up required skills but it’s time to move to somewhere with better access to resources.

After a couple of trips in the boat I’ve moved everything important over to a basement on the outskirts of the nearby city, things are probably going to get a bit dicey over the next few days but if Zombie Slayer survives that long things should start moving a bit faster. 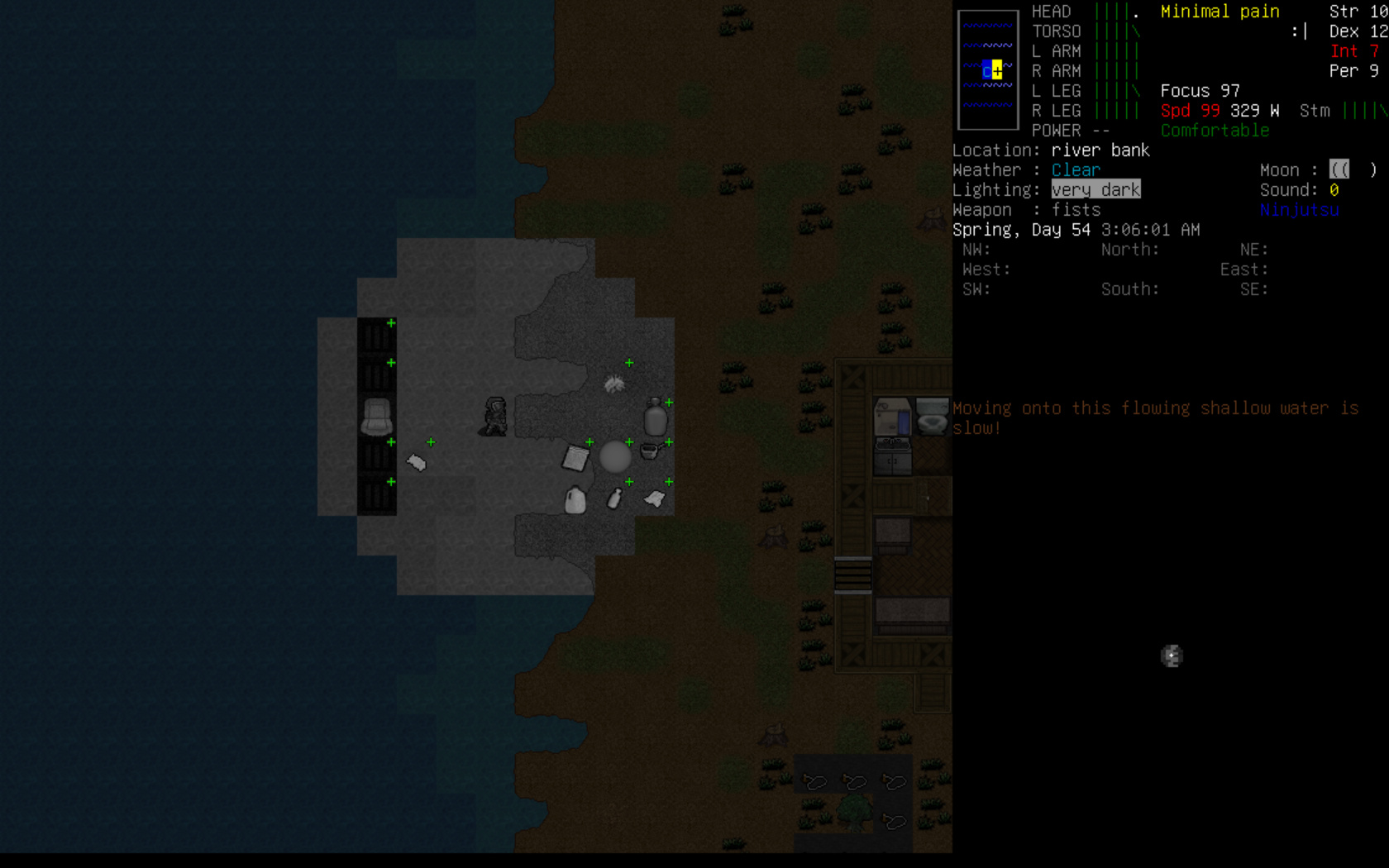 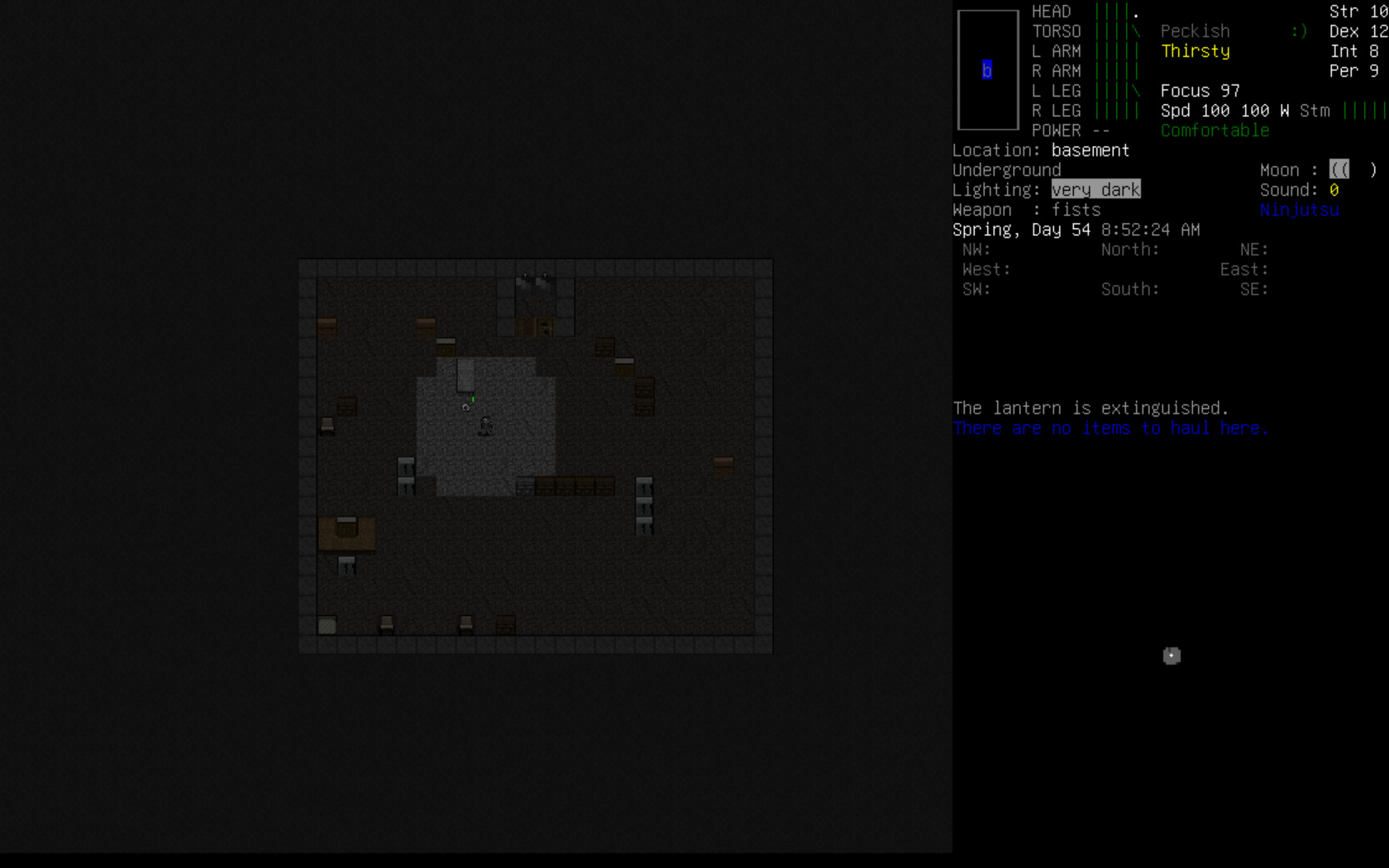 Things have definitely become a lot more… hectic, at least I can butcher my zombie kills for charcoal though 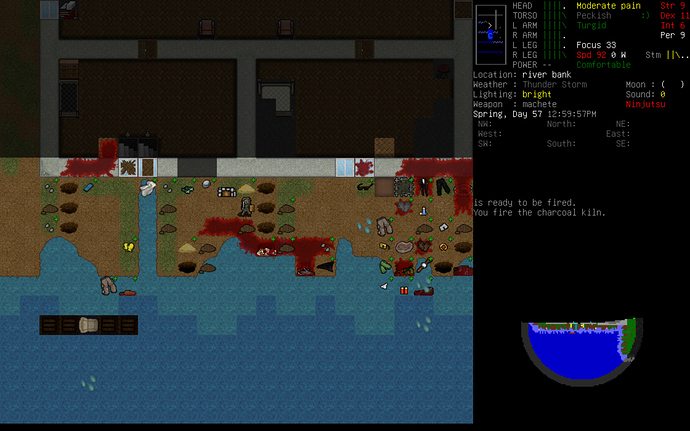 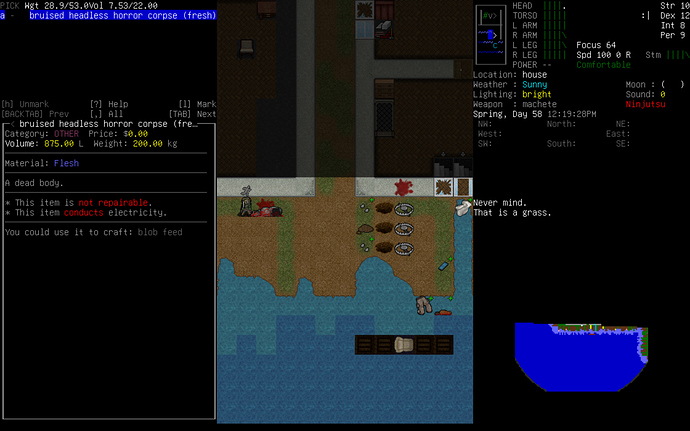 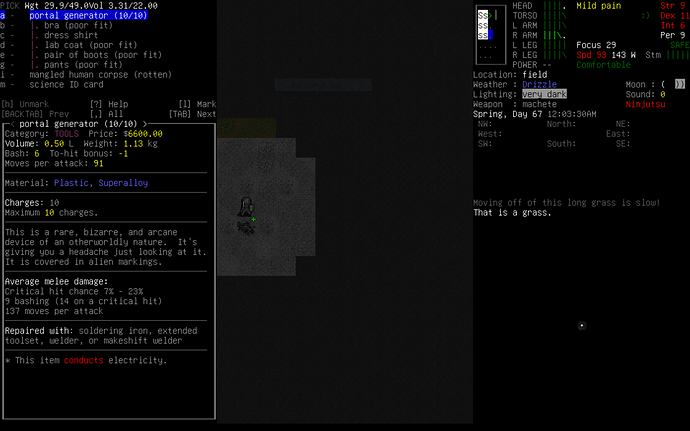