I’ve been tinkering a bit with the json files and tileset (specifically the UndeadPeople-master tileset) in order to create a modified Spider mutation tree. My goal was to give this mutation branch a makeover that reflected arachnids (such as scorpions, ticks and mites) more broadly, as opposed to just spider-like traits. Here is an example of some changes I’ve implemented: 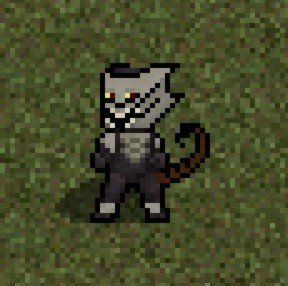 The scorpion tail is just a modified ‘Spiked Tail’ that I moved from the Insect branch to the Spider branch. The bone carapace is modified variant of the ‘Furred Plate’. Basically, I just wanted to know if you guys think these changes look appropriate to the context of the mutations. If not, feel free to leave some design suggestions for me.

If your question is specifically in regards to the tileset, I would ask over in the undeadpeople github. That tileset had a bit of a falling out with the project due to some issues that I won’t get into, so you’ll get better feedback over there.

As for the concept itself, the tail is neat, but I don’t really think of arachnids as being ‘durable’ so the plate one makes less sense to me.

Thanks for the tip, I’ll be sure to check on that forum. Is there a more updated tileset you’d recommend in place of the undeadpeople one?

As for the plate, I based on it the premise that arachnids tend to have carapace over vital sections of their body, which is more durable than the chitin found on the rest of their bodies and on insects. This is particularly evident in the case of things like horseshoe crabs. However, I can definitely see your point; they still squish all the same

Yeah it’s surprisingly decent for what it is. I suppose if we were to scale up the thickness and size of the chitin/carapace to match human anatomy, then maybe it would be pretty tough.