The post-apocalyptic economy is kinda borked

English is not my first language, so expect some eccentric grammar and wording.

Here’s the thing. The prices in the game don’t make any sense. Well, maybe they do in the modern day, real America, but not in the world of Cataclysm. Merchant dude just sold me a bunch of 9mm rounds for the price of dirt under my nails. Is he still living in the bygone age of functioning assembly lines and non-zombified neighbors? Because that’s the only possible reason why the bullets and guns in popular calibers are not treated as a new gold. Everyone who is still alive and even remotely sane will be hoarding them and very hesitant to sell them. Prices will go up. Way up.

By contrast, rare and cutting-edge firearms will become dirt cheap, almost unsellable. Every scavenger wants the box of 9mm, or .223, or .45. RivTech guns will be forgotten - too high-tech for the new, cruel world without overblown military budgets. Caseless ammo is finicky, hard to produce and impossible to re-use.

Old and obsolete guns aren’t much different. Merchants just won’t carry (that is: usually won’t buy or sell) any ammo for the old Cattlemans, because in pre-Cataclysm world it was produced by the handful. Precisely because of its relative rarity, it must be cheap (right now it is 4 bucks or more per bullet, jeez louis) - there will be no demand for it, if your character is not a hardcore Saint-of-Killers wannabe.

I can give many more examples, but my vocabulary is depleted. To summarize: the barter economy in Cataclysm currently reflects the realities of modern consumer society, not the survivalist society. Merchant NPC’s are like retarded magpies; they give away the good merch in exchange for useless, but rare shinies. Rebalance is necessary.

there is a seperate barter valeu for many items but ye the pricing and trading systeem is broken. merchants don’t refill there inventory and prices don’t always make sense. but i think the developers intent to address this after they have somewhat fixed and fleshed out NPC first which they are doing right now.

There is ongoing project of making post-apoc prices more sensible - part 15 (!) of this project for example.
In short - we’re working on it ©.

Merchants should restock their inventory every 3 days.

might be becease i was playing a somewhat older version only recently updated.

Is it somewhere explained from where they get the refill or is that just abstract?

30 posts were split to a new topic: Yet another digresion about precious metals as currency

We don’t have code for it yet - or possibly ever - but abstractly, yes, there are supposed to be other scavengers selling stuff to the various merchants.

the economy is messy because of the collapse of all infrastructure and law?
shocker.
Consumerism is a pretty difficult drug to kick for most people, and the vast majority of people aren’t smart enough to see only utility value. You’re also vastly forgetting the psychological value of items, not just their material value.
in a world gone to hell people will want to still pay a pretty penny to get even a taste of what life was like before they saw children eating eachother.
either that or they want to still get a sense of what it felt like to have fancy stuff, since they never had it before.
the harsh reality that you can see just by looking at americans breaking quarantine even under threat of death, is proof enough that the harsh reality of life is that most people are extremely unwilling to give up luxuries even it kills them.

No one will be stupid enough to sell good ammo for 30 abstract cents a pop in the middle of zombie apocalypse and alien invasion, “psychological value” of fancy stuff be damned. Or, should I say, these alternatively gifted individuals will have a funny way of ending up dead very soon.

Besides, I’m not talking about real life Americans. They can do whatever they want. But in Cataclysm, this “messiness” becomes exploitable and hurts the in-game balance a bit. Some adjustments are needed. Take batteries, for example. You’d think that rechargeable ones will be much more expensive, but in actuality, disposable batteries have the higher price (game tracks only the maximum charge and not the quality, maybe?) This doesn’t make much sense from any angle, yeah? What is the “psychological value” of the one-use battery?

What is the “psychological value” of the one-use battery?

I keep my disposable batteries around so I can remember back to the time when my clock needed replacement ones…
Oh, and this one was once in my gameboy.
Sigh… this one… this was in a remote controlled forklift toy. It was one of four. All the others leaked, but this did not. It’s a heavy duty one and truly served well.
That button cell here wa- aaaaah! A Zombie! Quick, shoot him, I will even offer you my 3 favorite used up batteries. Hey, where are you going? Help!

I remember using a single set of disposable batteries for a long time. As a wee lad, I didn’t have my own money to recharge my Chinese pseudo-console, so I kept trying to coerce more electricity outta little bastards.

Still, wouldn’t trust them to help me when the zombies are around, hungry for my meaty bits.

with the way people are hoarding people are hoarding toilet paper and milk, instead of medicine during coronavirus, never underestimate human stupidity.
Its just like P. T. Barnum said “there’s a sucker born every minute”
Plus with no functioning factories batteries that can power live saving gear like blankets and flashlights become much more valuable.
After all bullets are just one use items, so why are they still valuable?
The thing about economy isn’t that its understanding how valuable something is, its understanding how people think something is valuable.

Just take diamonds for example: a useless and easily found rock that still costs hundreds because of sentimental value.

Wrong comparison. COVID-19 is dangerous, but it isn’t currently wiping out the entire humanity. Civilization is still around, so people have the luxury of being able to make stupid decisions. An actual worldwide extinction event will not make us smarter, probably. But it sure as hell will make us more pragmatic.

Bullets, despite being one-use items, will have a considerable value due to inelastic demand. Most people will not have the necessary knowledge and tools to produce a good firearm and ammunition.

As for batteries, I must repeat: disposable batteries should not have the same or bigger value as rechargeable ones. One-use battery is something everyone is capable of making. You don’t even need dangerous chemicals - they mostly are used for energy density, not because there is no other way to make electricity.

its not a wrong comparasion, its an example of what its like when “the normal” collapses. Plus stupidity isn’t a “luxury” its a constant, like asthma or nearsightedness. People don’t suddenly wake up with more IQ points the moment civilization crumbles.
Making the mistake of assuming everybody thinks the same as you can get you killed even easier than simple stupidity during the apocalypse. Never underestimate the limits of how thickheaded some people can be. 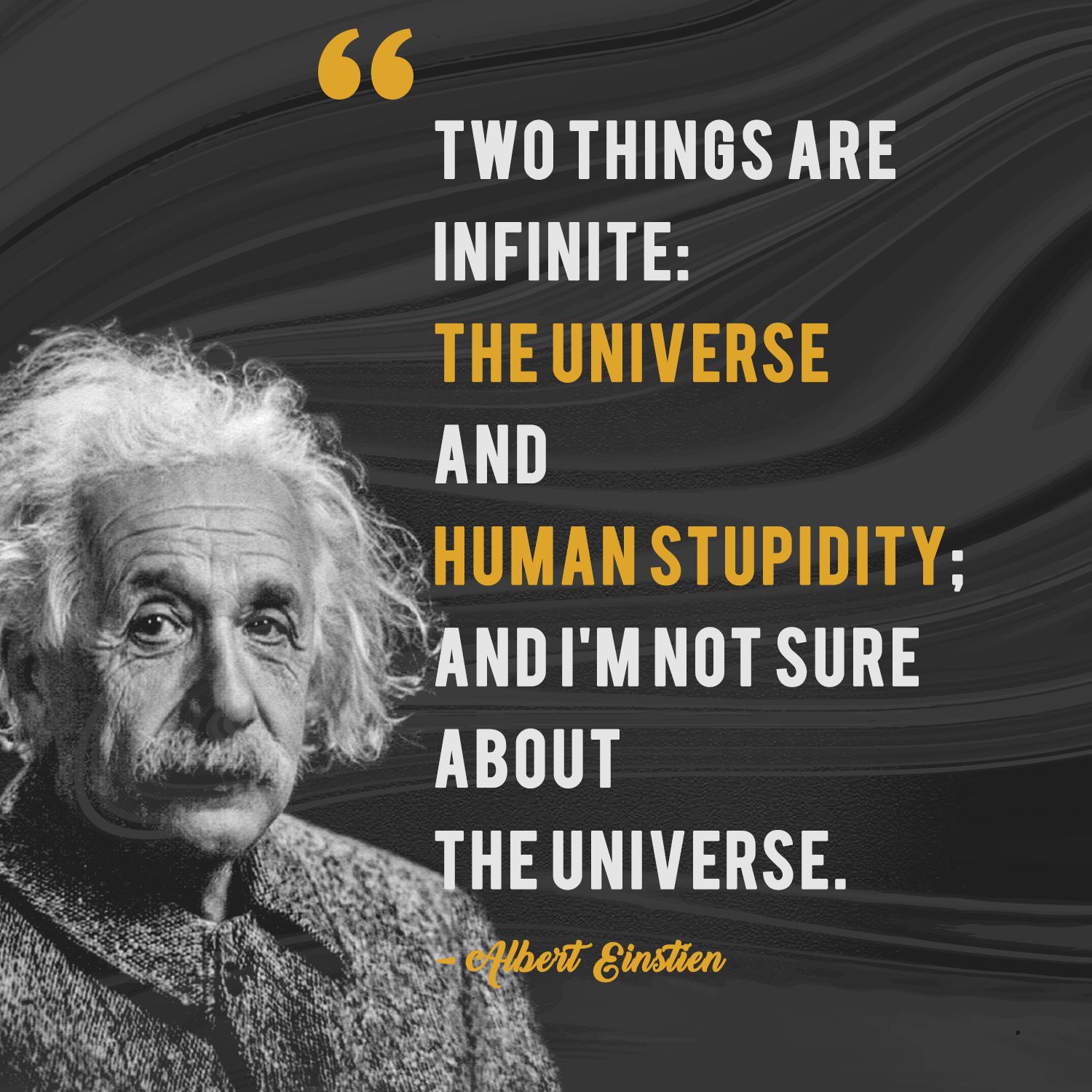 1500×1500
If you don’t mind me being perfectly frank, just because it doesn’t make sense to you doesn’t mean it seems to make sense to other people. Assuming everybody works the same way is honestly kind of egocentric.
Invalid_Username April 29, 2020, 4:02pm #16

Bullets aren’t one-use items. The propellant of a round is, but everything else can be recovered and reused.

Insulting me doesn’t make you right.

As I said earlier, my English is somewhat limited. I can perfectly understand you and everyone on this site, but my ability to express myself is not that great. So I can’t continue this discussion - and, quite frankly, I don’t see the point, since you are very keen on outright ignoring most of my arguments and misinterpreting the rest.

Let’s assume that you have won this battle and move on already.

My mistake. As long as the case is intact, ammunition can be restored.

It can be tricky, though. Materials and knowledge for making your own primers are hard to come by.

Good point on primers; I was including priming compound when I said “propellant”, but they are generally two different things for any round more advanced than black-powder. Primer cups and anvils can be recovered and reused, but the compound can’t.

S/he wasn’t insulting you. Expressing a different opinion and saying that an inability to see that some people will react differently to how you would expect them to is a rather egocentric viewpoint is not an insult, it’s another opinion.