I checked and I don’t have anything that’s giving me any source of light, unless the moon is so bright I can read at 11 PM.
I don’t have any sort of CBM that would help with this (or any at all, really), and I don’t have any light source activated, nor do I have a lit fire. Absolutely nothing gives any indication that there is anything light generating nearby.
Despite this, while the view is dark and limited like one would expect, it’s not as bad as it normally is either. Even if the game implemented moon cycles making some amount of light at night, not even a full moon should be able to let me read with no hinderance.
If I go back inside, then the game acknowledges the darkness, but not outside. I haven’t seen this happen before thus far, I’ve always been limited to ‘dark’ lighting level in this kind of situation.

unless the moon is so bright

That, it can happen sometimes with thunder too, but that last just for a turn, as opposed with the moon and a clear sky

As @Ragno said, it’s probably a full moon night (or near to) and clear sky.

[…] not even a full moon should be able to let me read with no hinderance.

Why not? I’m a night owl and work in my garden at night, usually with the moon as my only light source. Full moon light lets me easily read a description and do other stuff.

… Some googling later I found a good comparison: A candle at 2 meter (~6.5 feet) distance is approximately as bright as a full moon.

That wouldn’t be “bright” light. That would most certainly be dim.

That would most certainly be dim.

Don’t forget that humans used candles for a long period of time to dine, read/write, work and even patrol at night, where torches were deemed to dangerous/impractical/indecent or expensive. Oil (/petrol) lamps came much later in time.
If a candle is the only existing light source, it is bright (enough) and does shine for a long distance.

Besides, the game only differentiates between 5 light levels: very dark, dark, shady, cloudy and bright (and theoretically “extremely bright”, like flashbangs etc., but it’s still just “bright”).
It can’t be “cloudy”, as that would cause some confusion given that it’s a clear sky.
Also, anything other than “bright” (even just cloudy) will slow you down while reading.

Assuming a standard start date, the moon is FULL on day 75. During days 70-80 the moon will provide enough light to read by (a portion of that time it will be ‘dim’ light and provide slower reading). I covered the other advantages here:

Oh thanks for posting this. I had the idea that nights were just sometimes brighter in the summer because I often start new characters near that date range and so I went to test that before I replied in this thread and used a world with day 90 as the start date and couldn’t figure out why waiting several days I couldn’t find any bright nights.

So in short: That’s a good tip, thanks.

So… Since we had a (super) full moon and a clear night, I tried to prove my statement that…

Full moon light lets me easily read a description and do other stuff.

I did my best to be “scienty” about it and document all of what I’m doing/did to present my findings here in a respectable manner. Let’s say I had… mixed success.
In short: Yes, you (or at least I) can read a book without any problems in full moon lighting.

First, I set up a range measurement. I placed a plastic bottle with a red cap on the ground and walked backwards until I could no longer differentiate the bottle from the background. At almost exactly 6 meters, it “vanished”. I could still see the bigger crate in the background (about 10 meters from where I was and ~ 4 meters from the bottle), but the bottle barely blinked in and out of existence only because I knew it was there.
I wanted to record a video, but I was on 10% phone battery. So, I took a picture instead…: 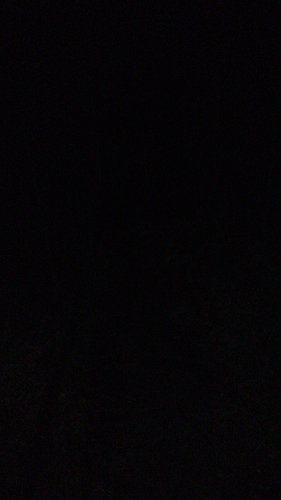 Darkness my old friend450×800 443 KB
Uhm… great. I know the human eyes perform better in darkness than a camera, but that it would turn out that bad…
I mean, I could see my own shadow very clearly, but even with the highest ISO settings I could see nothing on my phone. The picture above was made with the fashlight activated.
Anyway, I tried to “simulate” what I can see by adding a extra light source (and some editing): 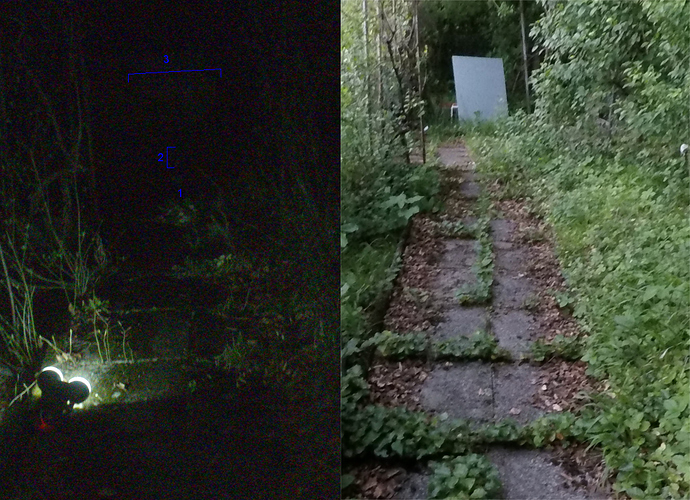 Sidebyside1104×800 1.1 MB
The left side of this image was made in the same night, with a floodlight added. The right side is a daylight image of the same scene made years ago. The blue number 1 marks some flowers I was able to see in the moon light. The light haze above the number 1 is also a flower, again visible to me.
The number 2 marks the bottle. It’s there, I promise. The slightly lighter background, number 3, is a planter box made up of a crate, approximatly where that metal sheet stands on the right side. Feel free to try to enhance the brightness of the picture or your screen, but if you are able to see the human skull in the planter box you went too far.

At that point I asked myself, both while there and also while writing this text - what am I even doing? Anyway, let’s continue…

So I turned off the floodlight and searched for anything that could be read; I found… two things. Most stuff I found on packaging was black or white text on green background and that was hard to read. I also had trouble to find something written in English. Anyway, I’ve got this here: 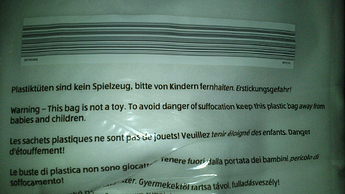 Text1800×450 140 KB
This was very easy to read. For reference: The length of the barcode is about 20 cm (7.9 inch). I was able to read this from half a meter away (literally) without straining my eyes. However, the letters may be a bit larger than the ones in normal books.
Well, let’s get to the second text… This time only in german, I’m afraid. 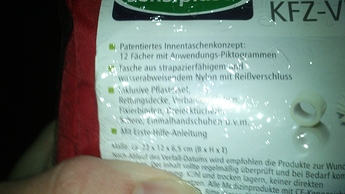 Tinytext2560×1440 715 KB
The reflective protection over the paper did not help the camera… Anyway. This text was much smaller, even smaller than what usual books offer, about 3-4 mm (0.12-0.16 inches). I did not have a banana on me for scale, but my thumb should work well enough. I was able to read this fine at a distance of 20 cm.

Of course, there’s no “real” proof, but I’m not sure that a record of my voice muttering English words over a pitch black footage would do any good for that. I could take my infrared camera with me, but that wouldn’t guarantee that I don’t have additional light sources.

The easiest way would be to just go out and test it yourself - but maybe wait for that until the pandemic is over, unless you live in the countryside with no light pollution…
And since you somehow made it to here, have a picture of the moon in that night: 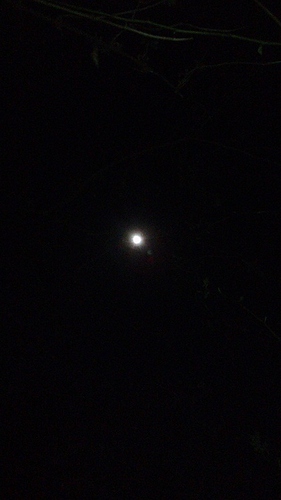 Moonlight450×800 54.9 KB
I was surprised that I was able to recognize the color of that bottlecap. Colors usually fade at civil dusk and in my opinion full moon light ranges somewhere in the nautical twilight.
All these pictures were made on the 8. april 2020 4:00 AM local time (CEST, UTC+2).
Here the last two pictures, trying to prove that there’s no relevant light source other than the moon nearby… 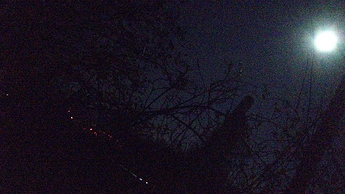 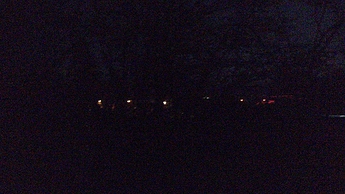 I’ve left the garden with 1% battery left on my phone and no Zombie (or tick) bites. Yay for me and my phone.
…God, the stupid stuff I do sometimes…