Here’s a crazy suggestion that I don’t really see being implemented but I was thinking about anyway. I would have put it in the “we make bad suggestions” thread but it’s too long so here you go.

I recently played Dying Light’s expansion The Following, and besides being a spectacular expansion to an already great game, it gave me two ideas for suggestions that I think would be both cool and a good way to keep the game balanced as time goes on to fight our immortal mutated cyborg beast-men we call “late-game survivors.” My first suggestion would also make a great vampire mod.

My first suggestion is the addition of a nighttime-specific enemy that is very strong, very fast, and is particularly good at finding you in the dark. This enemy would be rather rare, possibly only showing up over a long period of time rather than immediately, but it is sufficiently dangerous that it requires the use of either stealth tactics, specific equipment, or strong weapons to circumvent. They can pounce on you, spit acid at a distance, and see in the dark. The enemy I have in mind would be similar to the “Volatile” from Dying Light (pictures below), but honestly if you dislike my idea, just keep in mind the suggestion of making nights more dangerous.

Now if you think this enemy is too OP, just wait a bit. I’m getting to that.

Volatiles spend their day in hibernation, usually underground in caves or in maintenance areas and subways, abandoned power plants, and substations—simply being in the basement of houses isn’t far away enough. At night, they emerge to hunt for warm flesh. This means two things: that they pose no danger in the day unless you go spelunking, and that you can destroy the nest to remove the threat of Volatiles from the area. Showing up with turrets and booby trapping the entrance is what I have in mind here, or other means of preparation. Finding a nest could be difficult; I’m thinking of allowing the nest to spawn in many different kinds of buildings as long as they fit the criteria of being in a dark location out of the way, but honestly it might be easier to just make it its own building similar to anthills.

In Dying Light you are able to go to a nest during the night after the Volatiles leave it to destroy it, but this might be too hard to implement to the game. In fact, simulating Volatiles leaving and returning to their nests outside of your reality bubble might be too difficult to implement. A thought to consider.

Now here’s where things get a bit interesting. Volatiles are very similar to those vampires from the movie I Am Legend or the TV show The Strain as UV light hurts them and it is the reason they can’t emerge in the day. It only makes sense to use UV light against them during the night, too, as a weapon. In Dying Light you are given a UV flashlight for the sole purpose of escaping Volatiles who have spotted you; it makes them back off and blinds them, but won’t kill them. Using this tool could allow you a few moments to make a quick getaway, but hope is still slim as other zombies are not affected by the UV light and will re-attract the Volatiles to your location.

The UV lights may or may not need to be excluded from implementation into this game because in Cataclysm flashlights shine in a 360 degree radius and that would make UV flashlights rather overpowered unless they are given high battery requirements or some other limitation. I’m not sure how to work around this. It might be interesting to be able to use UV lights against other enemies, so just take UV light in general as a suggestion if you dislike my idea of adding Volatiles.

The idea here is not to make it impossible to go out in the dark, but to add a new dynamic and interesting enemy to fight or avoid. It’s even optional for the most part: if you do not wish to ever fight a Volatile, you can always just go to sleep at night instead and raid during the day to avoid them. Or you can hide until dawn. If you’re brave enough, you can try to find and destroy the nests too.

Now for my second suggestion, which was also inspired by Dying Light.

In the expansion pack, Volatiles received a new variant that gave them this dark, bony, spiky carapace which gives them resistance to damage. It was called an “Evolved Volatile.” That gave me the idea.

I know that Coolthulhu suggested adding defensive capabilities or armor to zombies before. I think perhaps there needs to be another tier of zombies evolution (or a spinoff evolution) that keeps their function and class largely the same, but gives them extra armor or possibly even ranged attacks and special abilities. Here’s the difference between the Volatile and the Evolved Volatile in Dying Light’s expansion pack: 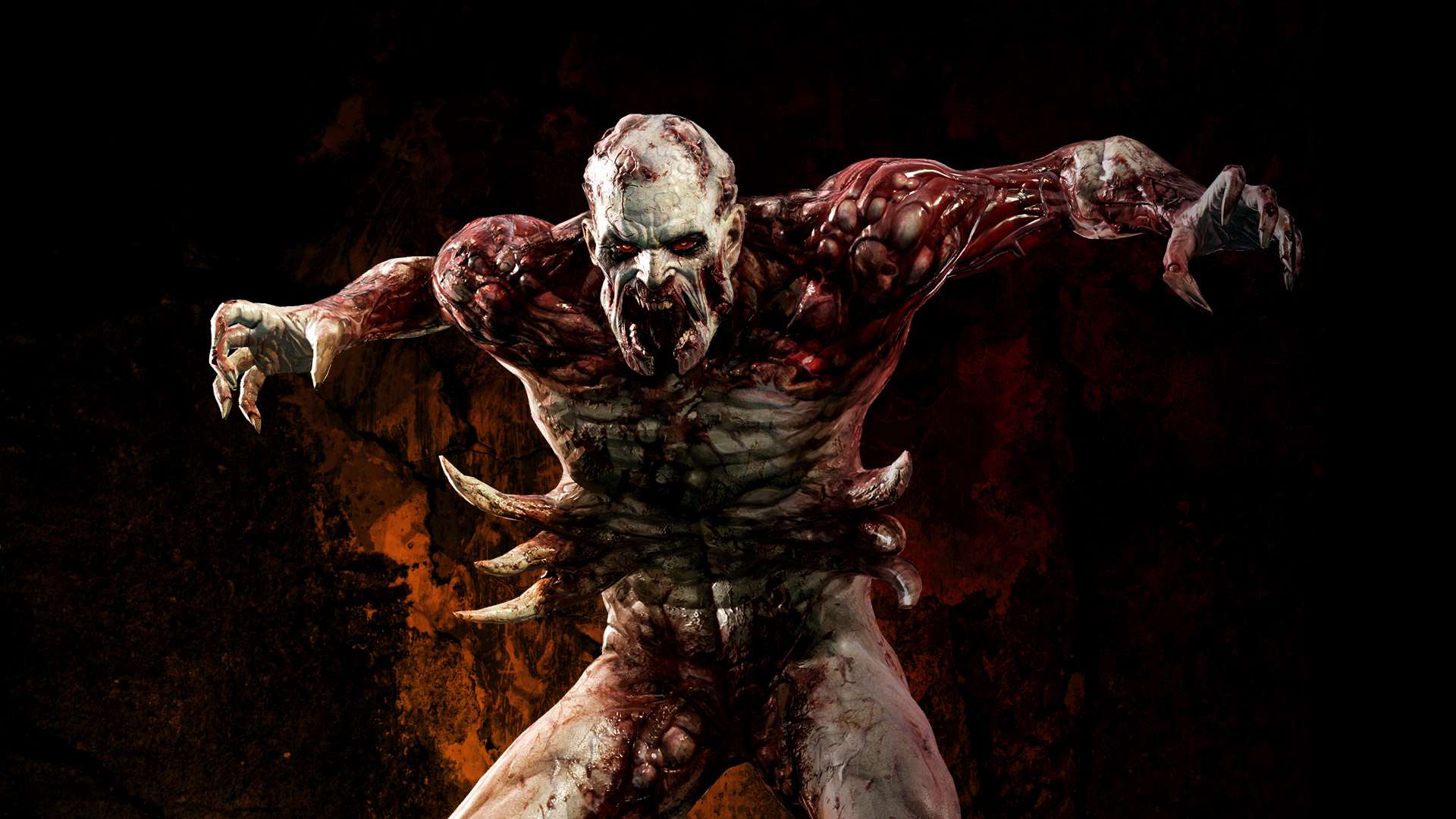 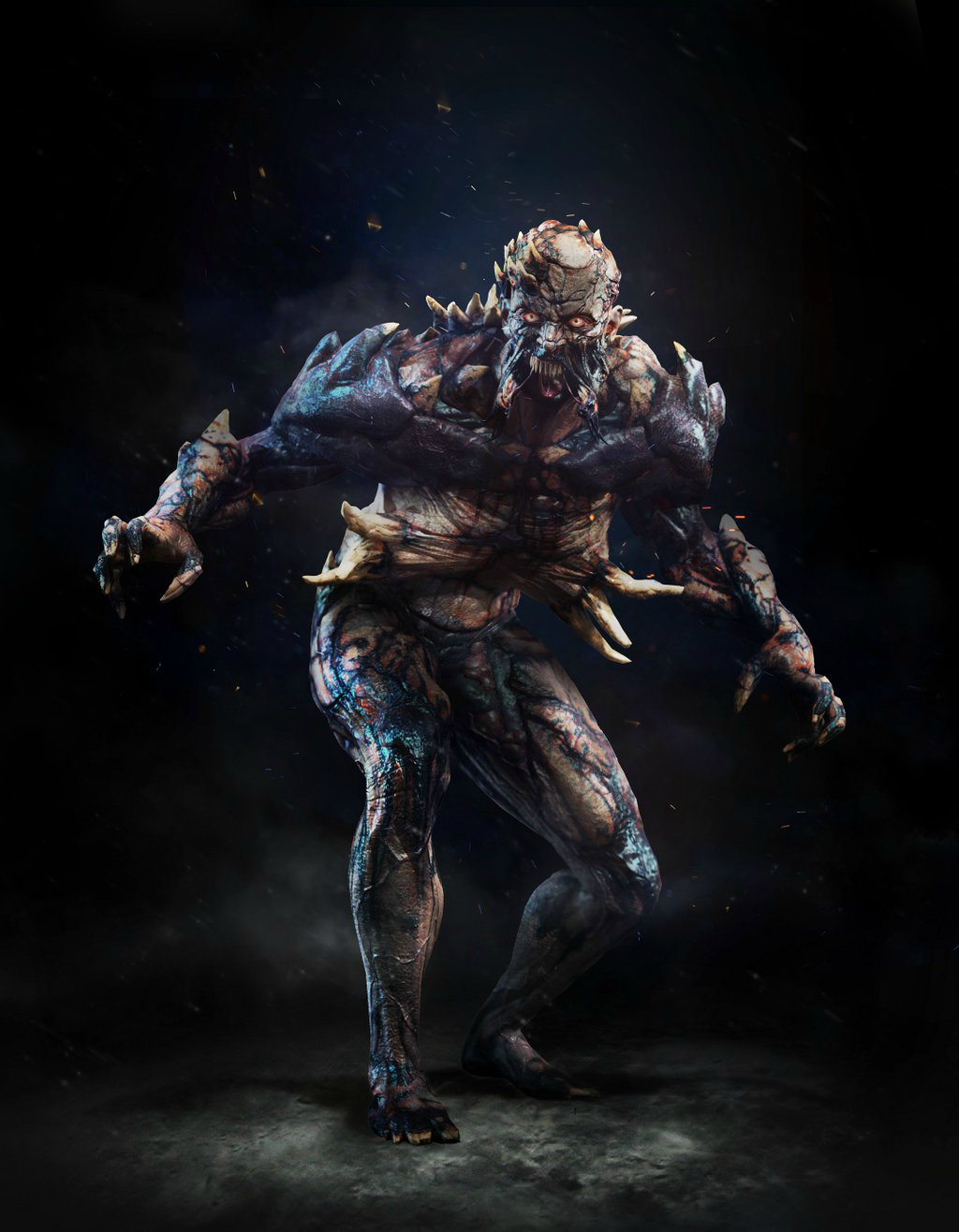 As you can see, the Evolved variant is basically the same zombie but with added natural protection. You’re forced to use more powerful and heavier weaponry to defeat them. I think that adding in more variants like this could be a better alternative to adding in super-zombies-from-hell and other ridiculous OP enemies. It could work for all zombie types: tough zombies turn into evolved tough zombies, spitters turn into evolved spitters, hulks turn into armored hulks, etc. The zombies are ALL supposed to be getting more powerful as time goes on, so this is one way I can think of making the late-game more challenging. Maybe even give these evolved zombies some armor piercing capabilities?

So, to recap: nighttime enemy, strong and dangerous but not so dangerous to be able to overpower a hulk, adds an interesting danger to nighttime looting, addition of UV light as a weapon, and nest raiding. When these enemies show up and exactly how strong to make them can be changed. Then, add variants to existing zombies to buff them at late game and bring their threat level up a notch.

You forgot to mention the multiplayer Night Hunter which is basically a Hulked out version of the Volatile, could serve as a good basis for a boss enemy.

Other then that I like the idea of a more advanced enemy moving into otherwise ‘safe’ locations to keep things interesting. Opened labs suddenly playing host to a nest or an unopened one giving a nasty suprise to anyone choosing to go spelunking that then spread into the nearby area until the infestation is dealt with is interesting enough.

[quote=“Shopkeeper, post:2, topic:13089”]You forgot to mention the multiplayer Night Hunter which is basically a Hulked out version of the Volatile, could serve as a good basis for a boss enemy.

Other then that I like the idea of a more advanced enemy moving into otherwise ‘safe’ locations to keep things interesting. Opened labs suddenly playing host to a nest or an unopened one giving a nasty suprise to anyone choosing to go spelunking that then spread into the nearby area until the infestation is dealt with is interesting enough.[/quote]

I didn’t forget; in fact I regularly wiped out teams of survivors with him. But I figured the Night Hunter was too overpowered since it’s capable of: jumping 3 stories high, whipping around the map using tendrils like spiderman, spitting acid bombs over long distances, sending you flying through the air with a simple shoulder bash, and instantly killing you with an attack that requires a UV light to escape from.

It’s never seen in single-player so I also figured it was non-canon anyway, created solely for the purpose of online play.