Mine Downstair is taking the piss

I have the components it says I need; I am standing on the thing it says I should be standing on, holding the things I need to perform the action; but the option remains greyed out, despite having all the requirements in green. 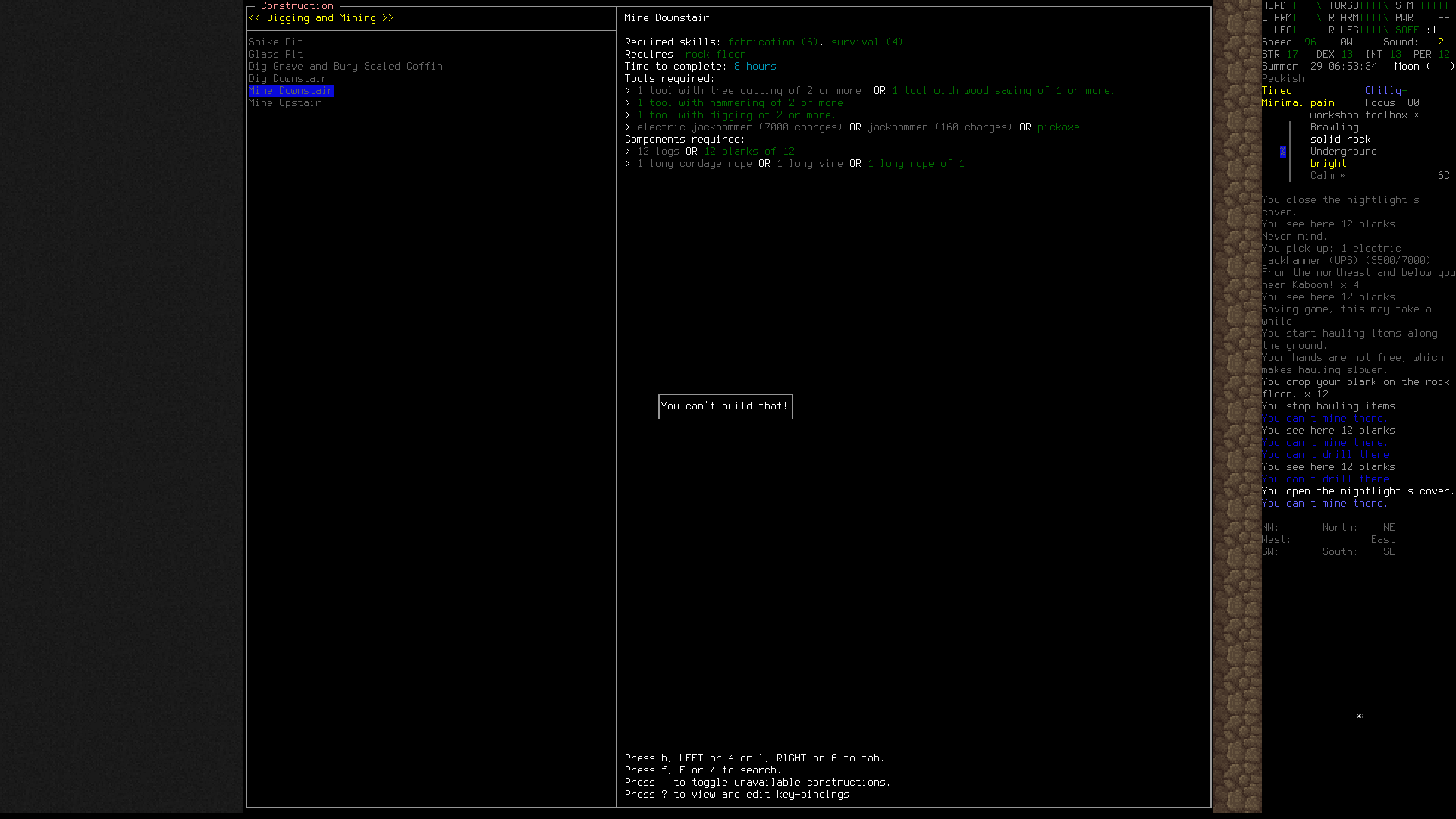 In the meantime I have a acquired and filled a gasoline powered jackhammer, in case the pickaxe is just not a good enough tool. I couldn’t dig a downstairs on the surface where I heard things under the earth, and I can’t dig it in the subway tunnel, or some ways into the wall of the subway tunnel.

What am I missing? …cause unless I have some serious mental deficiency (not impossible, or even improbable) something is wrong here. Playing 0.E-2

I give up, after spending 20 minutes writing forum posts about it, I went back into the game and it works, as if by magic, with no further intervention on my side. I literally can’t even right now. Thanks for providing a strong enough platform to have murphy’s law take effect.

Yeah, this is definitely me, I’m fundamentally misunderstanding something here, it seems to only work when I’m standing next to the hole I pickaxed in the wall, and only when my cart is over the square that used to contain the wall, despite having nothing needed for the construction in my cart.

Crises averted, it was the fuckoff huge lab underneath me that was stopping me from constructing the downstairs. I found a square above a rock, and all is well again. This does mean I can prospect for underground buildings by whether or not the dig option is unavailable despite having all the tools on me though… 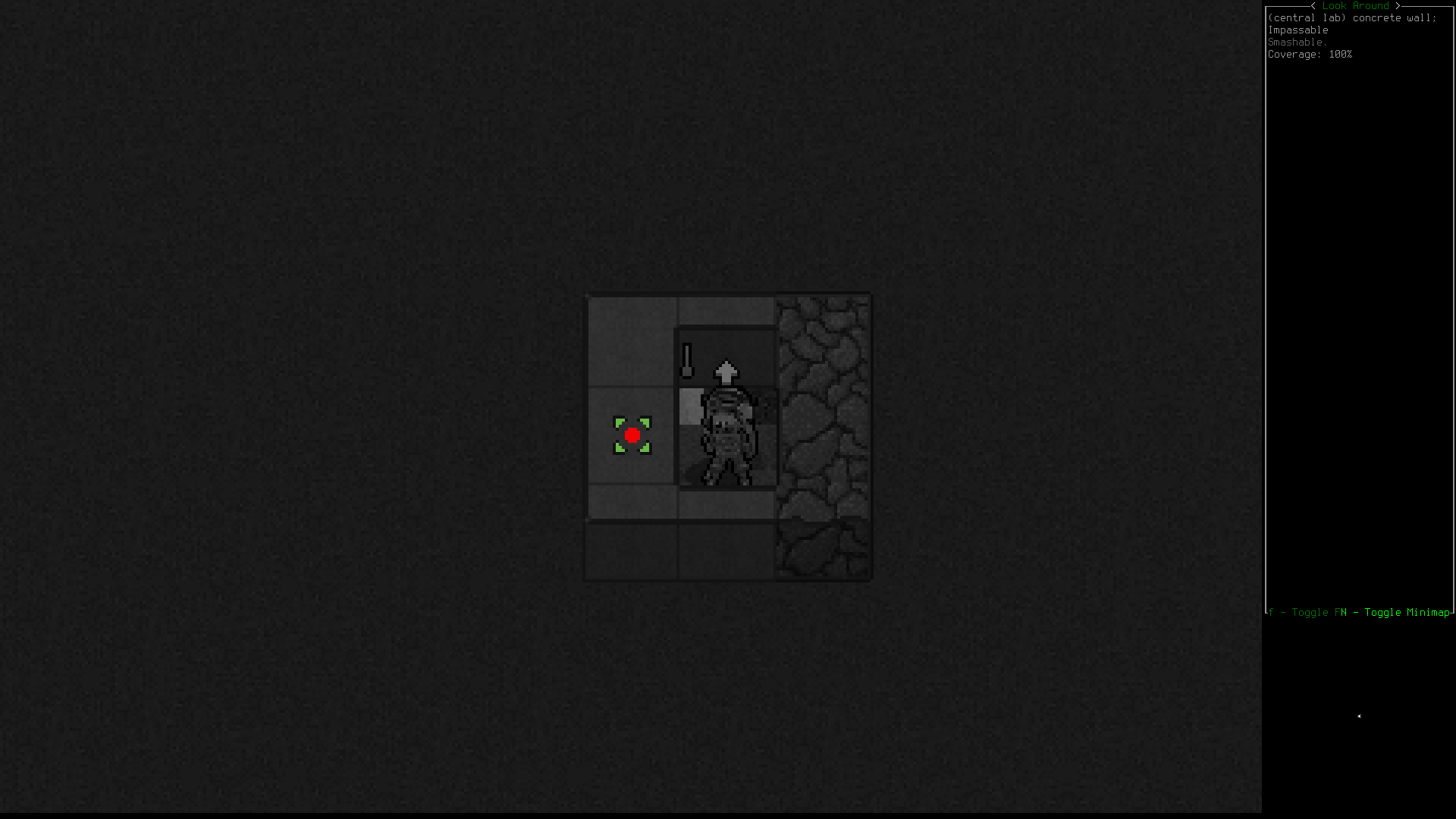 well it seems you found your own problem and fixed it for yourself at least… good job!

I was well upset for not being able to dig for no apparent reason - however, I’m not sure what a better solution in game would be to blindly denying you the ability to dig. It would be significantly more frustrating, but perhaps having you start the project, but x% of the way through saying you encounter rebar/concrete or whatever, and either preventing you from going on, or requiring additional resources / different ones to cater for the unexpected material.

exactly what was it telling you though? i’d assume it’d tell you something along the lines of ‘this material is too hard to dig through’, which, i’d immediately assume would be something like bedrock or iron, and shift my position a few blocks to try again.

Well, it’s there in that first pic, all the requirements were green, but the job itself remained greyed out - hitting enter just gave a non-comittal “you can’t build that!”.