Isn’t there a way to add a menu page? Like the one ADOM has? Because i am all for drawing it, and i know some other people here too, and they are better than me. 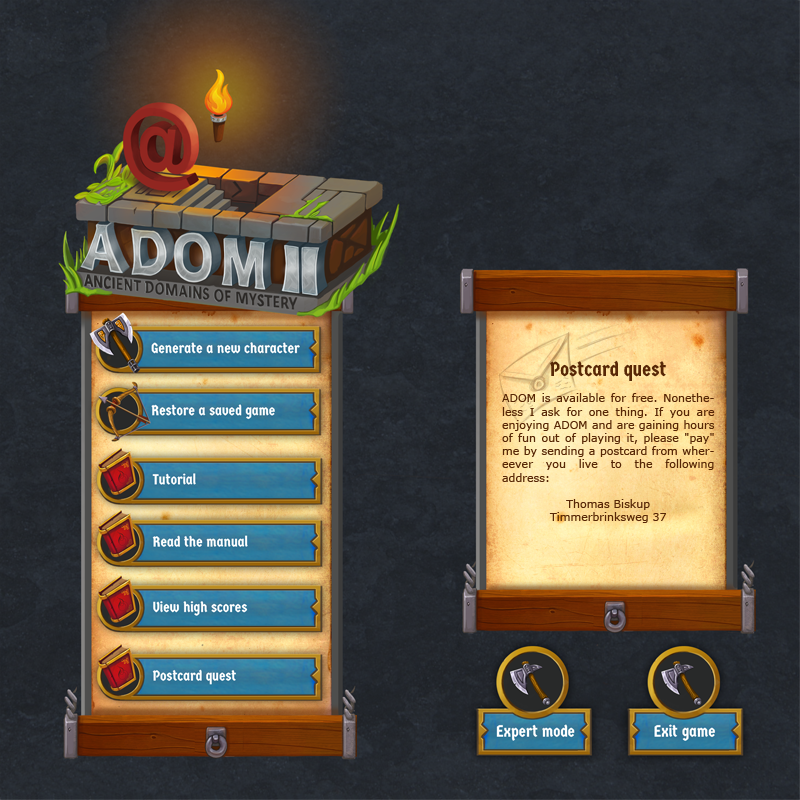 Well if someone draws a cool menu, I’m sure the devs will do something to code it up.

I like the minimalist menu it uses now, less is more.

It’s not super hard, but it’s actually a lot bigger pain in the ass than you’d think to implement a menu system like that from scratch. And of course it’d be SDL build only.

I forgot to reply to this topic, so reviving. Sorry.

It could not be used, at least, as a launcher? I’m pretty sure Adom’s one is just a launcher that opens the game. That could be done easily?
(I am trying to mean that it’s a different program than the game)

Someone can write a launcher if they want, but i’m not particularly interested, if someone wants to hook into the game directly somehow so the menu system gets skipped, that probably wouldn’t be too hard to do.