Gas sacs and why, no, they wouldn't work

If you squint, you can see why someone might think they were a good idea, but with a closer look the web of logic tears apart.

Let’s have a look at an Alpha Bee. According to the json it weighs 815kg. Let’s say a meaningful contribution from lighter than air gas sacs would be 10%.

This site Helium Balloons Calculator (it does also do hydrogen despite the name) suggests that that would require 80 cubic meters of hydrogen gas. That’s 80,000 Litres. However the Alpha Bee itself is only 625 Litres.

Conclusion: Either the Alpha Bee is a TARDIS, or the ‘gas sacs’ don’t do crap.

Not that it is worthless to examine our current ones, but do they work at all, or do they just not work for the massive insects?

The basic concept is flawed, because the insects are generally tough, and armoured.

A sort of floating poisonous jellyfish would work much better, IMO. Very vulnerable to fire but if you blow it up you get hit by the explosion damage. Small bullets would go straight through and the surface self-seal. Tracers = BOOM.

do they just not work for the massive insects?

The smaller insects don’t need it, the larger insects can’t use it.

The flying chungi are pretty jarring, and will get a makeover in the nearish future.

Conceptually, up to man-sized I think the flyers add variety to the mob palette, and can get away with some slight physics breakage on account of the whole “eldritch god messing with reality in general and bugs in particular” thing.

Looking more, it’s just the bee and wasp that existed when that was introduced. Is it impossible that gas sacs provide enough lift to be meaningful to assisting flight for those monsters?

The standard bee / wasp are small enough that they would be viable without messing with lighter than air gas (they aren’t much heavier than a condor gets). We can do the math, but I don’t think gas is going to do them any favours.

Conceptually, up to man-sized I think the flyers add variety to the mob palette, and can get away with some slight physics breakage on account of the whole “eldritch god messing with reality in general and bugs in particular” thing.

I don’t particularly disagree with that, but gas sacs are not the way to go. Gas sacs are like painting go-faster stripes on your Robin Reliant and using that to explain why it can go 120m/hr down the motorway. 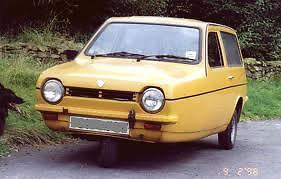 Eh, I took the “Blob magic don’t care” approach regarding them in the bugs I got to. They work well enough as a handwave if one feels the need to do so ( I wouldn’t have necessarily bothered personally ), but I get the annoyance.

your math on the weight of the bee is slightly off, the ‘weight’ in the json is depending on the weight of its corpse (i.e. not flying, but could also be missing gas sacs as well), but yeah conservation of mass and what not, the bee would have to weigh far less than it does for gas sacs to have any meaningful effect on its flight.

Objection! The weight of the corpse can’t be excluding that of the gas sacs because they are still in there when you dissect it. Also objection, the weight of something doesn’t change when it flies. Y’know, unless it has actual antigravity organs. Which would be better than balloons-in-the-gut.

the weight of the meat you get doesnt change even after the gas sacs have been extracted, and its weight in flight is assumedly still the same as its weight dead on the ground cut up as meat.

(the gas in the gas-sacs would be working as an ‘anti-gravity’ device, in the strictest sense that it’s combatting the relative density of the air around it by attempting to move upward into the atmosphere)

i mean, i agree that the gas sacs are worthless XD

There’s one thing you didn’t consider in your math (or the linked site, as far as I can tell), @Paul_Blay; You look at them as if they were rubber balloons, filled with pressurized gas (as in; blown up like a mentioned balloon).
However, if the pressure is actually lower than normal air pressure and the walls of these sacks are stiff(er) to withstand the external pressure, you gain additional buoyancy (or loose weight, and/or volume required for lift, depending on how you view it).

That aside, there’s definitely something weird going on with the description, as they are called “floating grape sized bubbles” - something that floats can’t weight 0.05 kg… So either these sacs got punctured, making zantanzuken’s statement valid (whatever kept them afloat was vented and no longer reduces the weight of the corpse) or the sacs aren’t really floating in the first place, which would make them useless to keep an animal (or anything, really) afloat.

Neither of the points raised actually make more than a tiny, tiny difference to any calculations because the difference between the volume of gas needed and the volume actually available inside the body of the insect is just so vast.

Suppose I needed to walk across a bridge made of a single hair, it would certainly snap beneath my feet. But wait! I can reduce my weight by shaving off my moustache.

That aside, there’s definitely something weird going on with the description

Yeah, that’s been pointed out before but I don’t think anybody bothered to write an issue for it.

honestly though lots of people have lots of problems with the ‘colossal’ sized insects (like the alpha bee and the whale wasp just as examples, being giant punching bags) but they were added relatively recently… so changes can always be made

he workin on it though, when he gets around to bee’s, redirect him here or give him suggestions

[…] because the difference between the volume of gas needed and the volume actually available inside the body of the insect is just so vast.

I see you’re missing my point entirely (or multiple ones, really)…

I’d like to explain to a bit more detailed to you, but at the moment, I don’t have the time for it… It’s 3 am here and I have to get some sleep as tomorrow/today’s going to be a bit stressful.
So I’ll just leave it for the time be(e)ing.

You realize it’s a chaotically mutating insect right? They don’t have to be specifically fit for purpose in order to exist, and them being used for buoyancy is speculation by the player. Finally, many creatures incorporate fluid bladders for various purposes, these happen to contain hydrogen.

OP: writes a post about how even hydrogen, the lightest of gases, would be not nearly enough to enable floating.
Kevin: dude, but they use hydrogen to float!

e: oh wait. the meaning was that they contain hydrogen but we don’t know its purpose. that was really not obvious.
so the official lore is “floating is achieved via blob voodoo” then?

Gaint bees and wasps the size if large dogs or humans have bin in the game since forever. And they should not be able to fly but nobody cared about that. Only now that somebody is overhauling the insects do people care about it. So let’s indeed say it’s blob magic as has always been the unoffical and only explanation.

I added them less to say “this is how this thing flies” and more to say “these are not bees anymore”. The fluff text is meant to represent the average player avatar’s assumption, not science fact, and I very deliberately didn’t explore how exactly the buoyancy would work out, just as the mutagenic agent wouldn’t be doing that.

I’m enjoying this thread though. Some day, when it’s possible to build a lab and autopsy these guys, we should just edit a copy and paste of this whole discussion into an argument between scientists on whether or not the gas sacs are for buoyancy or for something else.

The fluff text is meant to represent the average player avatar’s assumption, not science fact

I don’t like it when unreliable narrators tell me how my character is thinking.

I also think this is a ‘cow tools’ problem. Gary Larson famously regretted making one of his ‘cow tools’ look like a saw, when they were supposed to be incomprehensible products of an alien intelligence. This prompted endless phone calls and letters from confused readers.