This foodstuffs spawned RANDOMLY in a bush outside a music store i did not put those things there LEGIT. 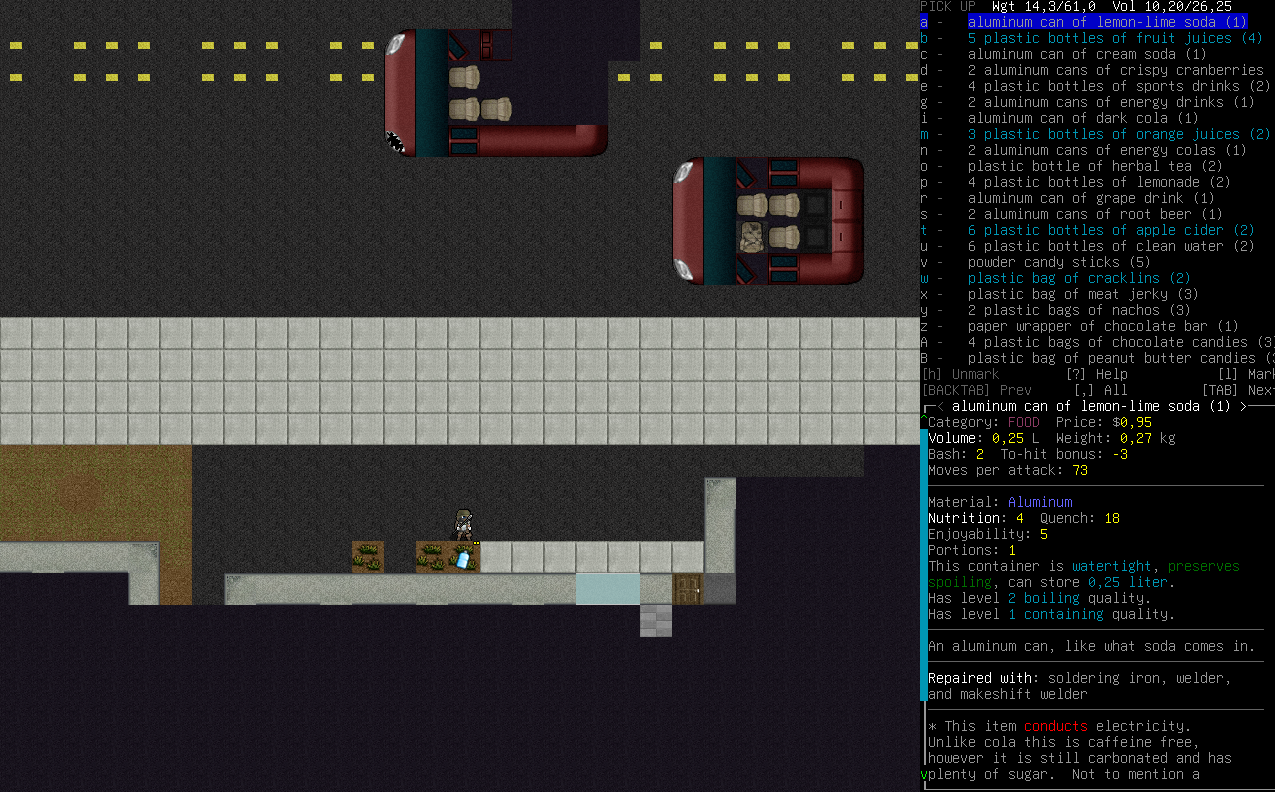 Idk if its a bug i will pick it anyway…

EDIT: also found an aluminium keg a few tiles away.

Well it might be a glitch but yay free non secured food.

There is following code in place_items, but no vending machine terrain anywhere.

Nvm, i died to a shocker brute on my way back home.

Yeah you can find many more items in the machines now, and occasionally I’ve seen it on tables in like the daycare and even in mansions, but am using extended buildings mod. It all started with/when that change/update which I believe is probably the one linked here. I’m drowning in lemonade, sports drinks, herbal tea and candies to make granola with, and have a million empty cans for whatever since I can’t drink most of the stuff since it’s red from junk-food intolerance. It does make more sense this way though, I mean if it was looted it was looted, and would not have just one item. Also, if not looted it probably would only have 1 item, the machines. I thought 1 item was working as intended but was pleasantly surprised with the change:).

Should bed fixed after https://github.com/CleverRaven/Cataclysm-DDA/pull/22055 is merged.