Just the thing I’ve noticed. Yesterday after an update half of my meat which was preserved in glass jars and stored in a freezer became rotten. I thought it was just a bug with food from old versions, no big deal. But just now I’ve attempted to sort food by spoilage(to find fresh meat I’ve dumped on the tile), and they are not in any semblance of order I could understand:
mugwort, >1 week
salsify, >3 weeks
acorns, >3 seasons
flour, <3 seasons
…
chunk of meat, <1 day
…
cashews, ~2 seasons
and so on it goes. It was working fine until today or maybe yesterday, was something changed recently? Can’t remember anything relevant in changelog.

I think he’s more concerned about the order of the food.
Food that spoils faster should / used to be on top of the list.

I think there is a serious issue with food rotting/spoilage calculation in the most recent updates. First I updated to 10109. I played around with it for a few days and everything with food (spoilage) looked fine - kind of (there’s a minor bug where you take out frozen food and a few secs later it becomes unfrozen). Then yesterday I updated to 10263 and saw the food spoilage issue.

I had tons of frozen food (both raw and crafted food) in my minifreezers. I leave the area and come back 2 hours later and most of it is rotten. Some food had 2-5 days to rot while others were good for several weeks. 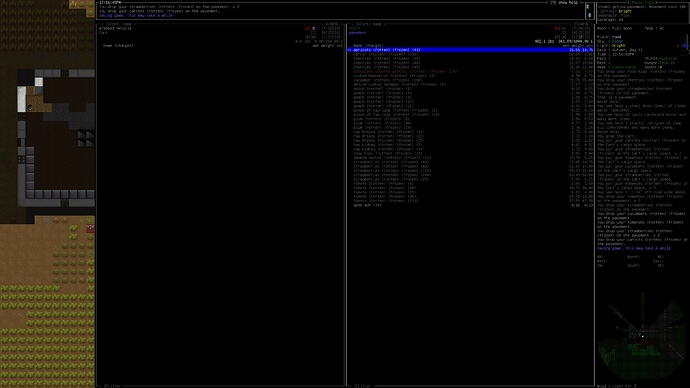