Alright, so I’ve finally given Cataclysm a proper shot.

Started out with Android and Martial Arts Training (karate) traits, and got Internal Furnace + Scent Vision. (not really useful, but I also have the Smelly trait, among other things)

Raiding for supplies in the town proved to be very difficult due to a nearby fungal bloom, which really is a nasty thing. At least I’ve got an SKS and Glock 19 from the local gun store.
Also I saw a house full of black widows, webs, plutonium cells and power armor. What’s up with that? (didn’t go in of course)

So I had to run away, because there was simply too much carp going on in that town, and I’m definitely not coming back anytime soon.

I also met a guy who wants me to kill his zombie mother deeper in the town. No, thanks. I decided to go with him and hunt some meat on the way, though.

So here’s the thing. I have some stuff left over in my evac shelter (Battery System, Integrated Toolset and Aero-Evaporator CBMs being the most important ones I found right next to the shelter) and other things as well.
There’s the fungal bloom on the east, and military outpost and science lab in the forest on the west.

Should I, like, ignore this dude and his mother and run to the west or maybe stay with him and try to make something happen?

Regardless, I had a great deal of fun so far, and I will continue to do so until the new Dwarf Fortress version comes out.

simply too much carp

I’d go for the quest. NPCs can give you skill training for completing quests for them. Bring your guns and make sure to conserve ammo. Karate won’t save you forever.
Oh, and you’ll learn to love the integrated toolset if you ever get it installed.

I’d go for the quest. NPCs can give you skill training for completing quests for them. Bring your guns and make sure to conserve ammo. Karate won’t save you forever.
Oh, and you’ll learn to love the integrated toolset if you ever get it installed.[/quote]

Right now I have an 8% chance of successfully installing it, from my calculations anyway.
Which is to say, not good.

(I wonder, has anyone ever collected and installed all of the bionics?)

It’s not recommended. You end up with a lot of unusable ones due to the fact that they scroll off the bionics window and don’t have usable letters assigned to them.

So I tried to remove broken glass when me companion shot the window that let the widows out, and this fucker decided to shoot me for long enough for the black widow to finish me off. Not sure if it was just me being unlucky enough to be a “collateral” victim of the guy being a poor shooter (he had trouble with hitting even close-range targets) or it being on purpose scumbaggery and betrayal, but whatever, better to die that way than being just generically eaten by zeds.
I kept the world, though.

Time for the bow-and-arrow survival time, since I heard archery rules the metagame.

NPCs are meant to be disabled. They’re a liability.

NPCs are meant to be disabled. They’re a liability.

Alright, after breaking a few windows and benches in the evac shelter I got myself the longbow and some arrows and killed a cougar.
After walking out I met that guy with a freaking Saiga-12 and saw a few corpses around - guess it was him who killed them all, since then he turned hostile.

Now he’s dumb enough to try to shoot me through the wall (which he can’t get through of course), and I’m trying to starve him off shells so that I can easily kill him and claim the rewards.
How many magazines do NPCs they usually bring? Can they even run out of ammo?

WHAAT?
HE HAD ANOTHER WEAPON?

That’s not fair. ;_;
Although I could blame myself since I dropped my longbow and decided to beat him up with a 2/4, but STILL.

They can run out of ammo, they just sometimes carry a whole lot of it.

Yeah, if an NPCs have no qualms about making you collateral damage. If you happen to be standing between them and some harmless little entity that looked at them funny, and they’re holding a shotgun, they’ll act as if they don’t even know you’re there.

Happened to me once. I almost died. Proceeded to throw a molotov at the NPC and watch the bastard burn.

Once NPCs are less stupid, they’ll be awesome, because you’ll be able to assemble your A-team of super-skilled people and raid cities and such, but until then, you’re stuck going solo and only using them as tools for training or extra items if you so desire.

Yar, I’ve disabled them in my game. Had both the static/shelter-spawn one and random/dynamic ones on in a game. 3 randoms spawned and whenever I got anywhere near the area they were in, game freeze. And the one in the shelter is good for the missions and getting to follow you, but I decided no NPCs is better.

Instead, I added a second dog “monster”, gave him 300HP, debugged him into my game along with a can of food to make him my best buddy and the whistle. Cheating, you say? Fuckin-a dogs!, I say. hehe.

the NPC bugged my game so bad , i had to press space after each turn to make the debug messages dissapear.

i thought that the only cure would be releasing my NPC in a swarm of swamp monsters but that made everything only worse , because the game was thinking that the NPC is in my car , but he was dead so i had to press space all the time untill i crashed my beutiful car into a mega store in hopes of ending this nightmare , the mega store was empty because i cleaned it out. ;(

After that i just removed the seat where the NPC was “sitting” and everything went to the better , i got a new car , a new house , a new life.

I didn’t expected you here, DarkDXZ.

I don’t know why, everyone here claims that NPCs are buggy and crashy, but when I play, they’re just fine to me. Sometimes I don’t even talk to them, I just kill for resources.

Shit goes down when an NPC spawns in a river and you have to press space after each turn because there is no way of getting the NPC out of the river.

Where are the Giant frogs when you need them?

[quote=“woflsipder, post:13, topic:1631”]Shit goes down when an NPC spawns in a river and you have to press space after each turn because there is no way of getting the NPC out of the river.

Where are the Giant frogs when you need them?[/quote]

Can’t they drown or something?

I had 2 NPC’s stuck in the water. the only way to end the nightmare is to beg to the poseidon to send giant frogs and centipedes to kill you or the NPC’s.

Ok, I take back what I said about NPCs. These monkeys broke the game as soon as I talked to one of them. And it was such a good run…

This is from a recent nightly build, the nearest one was with me seconds before: 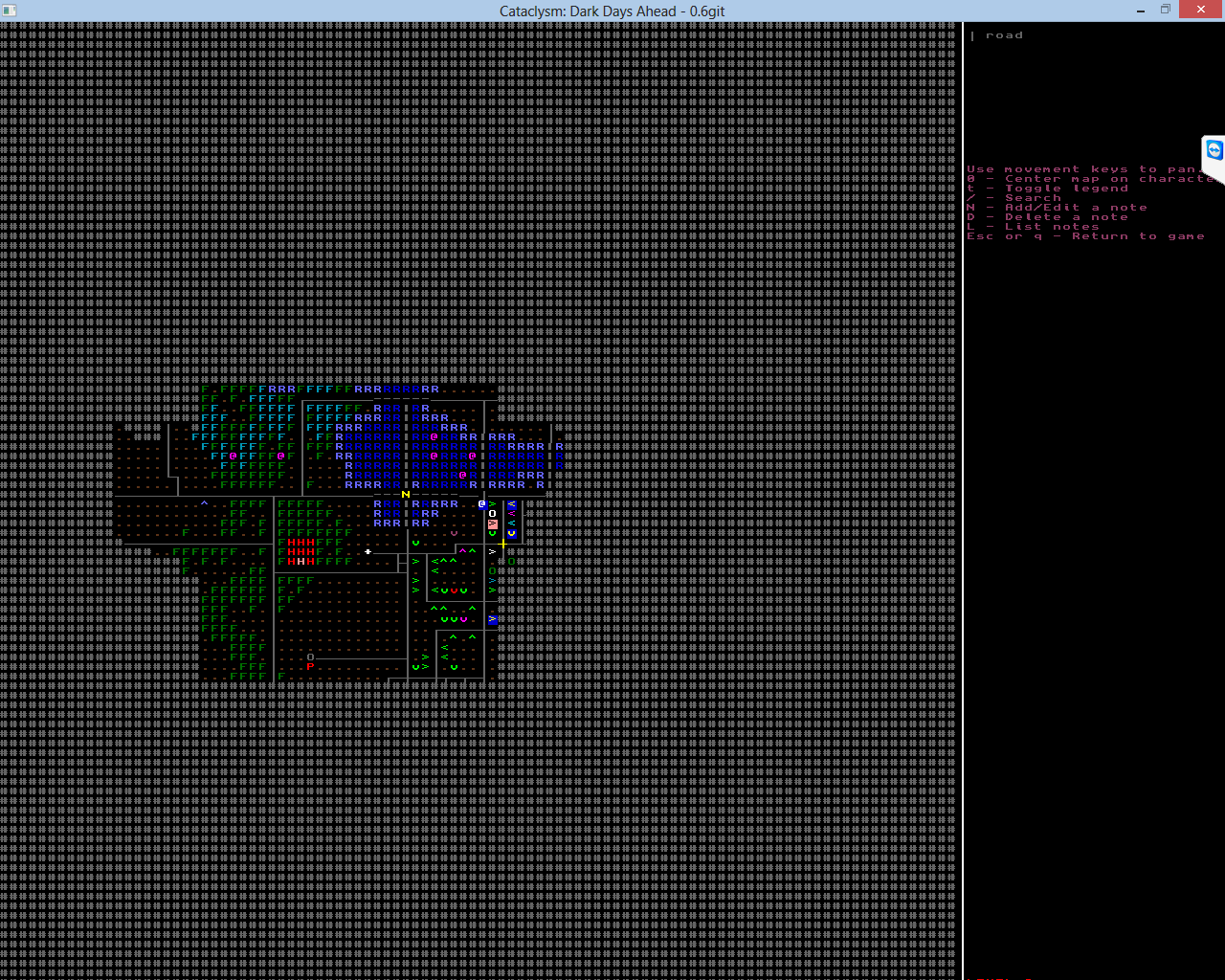