The idea for this stems from this: 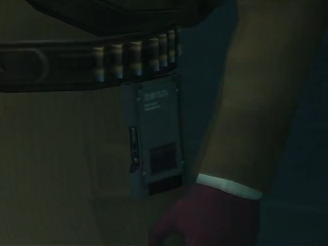 A device that could create a protective electromagnetic field was carried unawares by Dead Cell leader Fortune, during the Big Shell Incident. It was capable of deflecting the paths of bullets around the wearer, and render nearby explosives inert....

Basically the device creates a intense electromagnetic field around the user and causes bullets to miss. This could be made more balanced to simply make them miss a lot more. It also supposedly disarmed explosives but I have no idea how that would work.