An alternative to Gasoline

Yeah, they also can consume natural gas and ethanol. Probably would need some additional equipment or additives to the ethanol, but it is possible.
And many other things too, including kerosene and cleaners like White Spirit.
As far as I know, injector engines have a hard time digesting such sweets, while engines with carburetors perform better.
So first of all you need to distinguish at least these features ingame. 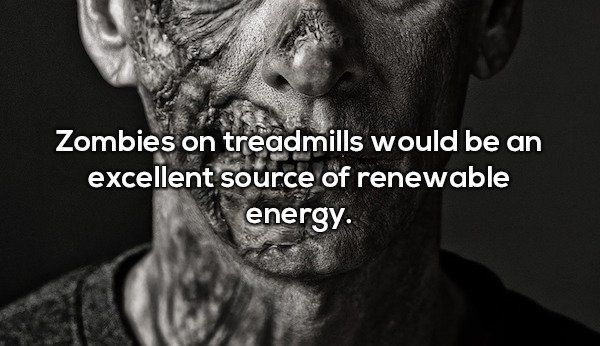 Youtube has a great electric DIY world. Everything you can pull batteries out of to testing them to making stuff to power everything you own, including your car/house.

Hook jumper cables up to a restrained shocker zombie.

You know I was thinking about suggesting gasifers the other day. I think you would need to model the warmup period and have them periodically damage the engine though. In real life gasifers are fairly underpowered and require a good deal of maintenance, but hey, it runs on wood chips.

I wonder if that would work. Technically touching them doesn’t set them off. So maybe adding a bucket of water to dump onto them would do the trick?

“OK Sparky! Lets get going! takes a piss on him and starts the engine”.

I have more advanced pyrolysis devices modded in and some of them are quite complex implementations. However all of them use timed change mechanics. Don’t think adding gas generator to a vehicle can be implemented in a immersive way without changes in the game engine. Of cause you can add recipes for making imaginary “biomass fuel” and the various possible byproducts for pyrolysis and biolysis based devices, but it will be something pretty unimmersive. It’s much easier to believe in the conspiracy theory that gasoline in C:DDA is actually same alcohol based based fuel that one gets instead in the southern hemisphere, but with nanomarkers that prevents home-brew fuels from being used.
Still this limitation is not so wrong, as there are at least two problems that will hurt immersion pretty badly if gas generator powered vehicles are implemented officialy:

The game is set in an alternate present, not the future.

Why wouldn’t a biomass fuel work? There are charcoal and ethanol burning engines in mainline right now, what’s special about biomass?

That over-simplifying complex process to squash it in to narrow boundaries looks stupid enough to hurt the joy of playing.

Or if you want simpler explanation - implementing it as recipe will look just as stupid, as this one does:

Just imagine yourself making this unique mixture in a rusted bucket then, when it reaches homogenic state adding tank to your steamer to pour it in…

BTW: Given the specific settings of C:DDA a steam engine that does not double as water purifier will look just as stupid as the above recipe.

Syngas is just a hydrogen-carbon monoxide mixture made by reacting biomass to oxygen and steam at high temperatures without combustion. It’s not some unique mixture unlike anything else in CDDA or the natural world.

You’d need to add the gassifier as a new tool, similar to the existing charcoal kiln. The recipe would be then be some amount of wood and water to produce some amount of syngas, and syngas would be another alternate fuel for diesel engines with an energy density of around 12 MJ/L. Alternately, it could be used as another ingredient for diesel.

I’m still not seeing what’s so special about syngas and biomass.

Are we speaking of vehicles with installed gas generator (pyrolizis or carbide based, working as reactor in the game engine), or of vehicles that have thanks with gas (any suitable, not only syngas) that is intended to substitute part of the liquid fuel? I was talking of the practical issues to implement the first, although the second is also unimmersive, as the only way to implement it is by adding new engine for each supported gas type, with no way to make them depend on pre-instaled gasoline/diesel one and all of them showing in the engine list. Also vehicle tanks are generic, no pressure type tank.