The empty tanks are kept, so is there a way to get them refilled?

Not currently, but at some point there will be a welding supply store with acetylene pumps.

As a side-note: I’m from rural Idaho(which is all of it. Lol) and my highschool ag program made their own acetelyene up until the early '90’s, and I don’t know the process as that was before my time, but mayhaps with some equipment the same thing could be achieved in-game? Seeing as the highschool was doing this, I don’t imagine it would be too complicated, but they had to stop the practice as it was deemed “unsafe,” so it might even be a source of explosive mishap fun.

On another related note, I’ve adjusted spawns of acetylene tanks so that it’s much more likely for refill tanks to spawn alongside the torches.

Making acetylene is pretty simple if you have calcium carbide. (It’s already available in-game)
Basically you take a lump of CC, drip water over it, and capture the rising acetylene gas. The only slightly tricky part is that you either have to do it slowly, or else have some sort of refrigeration system to keep the CC from heating up enough to ignite the gas that’s coming off of it – you can’t just dump the lump of CC into a bucket of water or it’ll go boom. But google “calcium carbide lamp” – it burns acetylene gas that it makes on the spot.

Mixing the acetylene with oxygen from an oxygen tank would be pretty simple as well. The hard part of large scale production would be making your own calcium carbide.

Wondering if this is even a thing though. We have all manner of industrial plants. But I’ve never heard of one like this in new england in general. Would be an interesting anecdotal piece of knowledge though.

Any ideas on ballpark numbers for producing acetylene via calcium carbide? I’d be happy whip up a recipe and submit a PR. I don’t know much about chemistry, but it looks like using the rotary condensor as a tool would be appropriate?

Crap, I read up on it a couple of months ago and don’t recall what the numbers were, let’s see if I can find something again.

Here we go! This has an overview of the process, including all the steps used to improve and purify the acetylene during industrial grad production: https://www.hitechgas.com/acetylene/acetylene-plants/how-acetylene-plant-produce-acetylene/
It says you need 3Kg of CC and 20 liters of water for 1 Kg of acetylene gas. So that’s 3->1 for CC->acetylene by weight.

From what I’ve read, it seems like a survivor could get by without most of these steps. His gas wouldn’t burn as clean or hot, and might not last as long in the tanks. But I doubt the average survivor would care as long as it still burned hot enough to weld a car or cut a steel door. EPA regulations and long term storage aren’t all that important after the cataclysm.
The tricky part would be getting it compressed into the tanks again.

Compressing acetylene into tanks is hardly trivial. Unfortunately I don’t think there’s a safe way for the survivor to do without industrial equipment and the assistance of at least two other people.

Biopropane would be a better renewable option, but you run into the same issue of compressing the gas. You can’t exactly just capture it in a ballon and run it through an air compresser.

Methane from a Sabatier reactor. You could compress that easily enough. Unsure if it’s high enough heat, but it does burn fairly hot.

It would be similar to propane I think. And I’ve definitely welded with propane before.

I know this would be super dangerous and pretty much insane. But since we enjoy that kinda thing round these here parts, hya hyuk wink lol

Dry ice as a new item in game for many reasons. But one could be to make this recipe.

Pressure Cooker. Beaker or glass bottle/container like a jar. Use a tube(rubber?) and toss in the water + CC in the cooker. Use dry ice on and around the tube and around the jar(jar is the catcher). The gas moves up and through the tube. Cools to a liquid? (I wasn’t good in chemistry don’t shoot me). Then remains a liquid in the jar so long as the dry ice is there. So give Dry Ice a timer before it disappears. Then the character would have to quickly use an Air Compressor to drive the stuff into the container(the empty tank?).

In game terms this makes sense to me despite thinking it is a $h!t idea to even think about attempting IRL xD

Items:
-Dry Ice with a timer when outside of the container in comes in?
-Air Compressor(do we need more than one kind for varying PSI usage?)
-Any small pressurized metal tank so glass does not explode, before adding it to a Ace tank?

I am not sure it’s worth programming an incredibly complex way to blow yourself up.

Perhaps a nanofabricator recipe would suffice? It does seem incredibly wasteful to me though, so yeah…

I didn’t see any rules about not reviving old threads and this one seemed interesting to me, so I wanted to add a few things: first, I don’t really see why you couldn’t do something like catch acetylene in some kind of bag (maybe made of rubber or even sealed cloth) and attach a compressor to fill a tank…I don’t think acetylene is as bad as hydrogen when it comes to diffundating through all kinds of materials that you thought were safe (like balloons for example…hydrogen ruins balloons pretty quickly); however I looked and I don’t think any kind of compressor that would do that is currently in the game. The whole device would also probably look pretty awkward and large even if there was a way to put it in the game.
Second, i don’t think dry ice would work for condensing acetylene because its sublimation point is a bit higher than the boiling point of acetylene. Also I don’t think there is a sustainable (within the world the survivors live in) method to produce dry ice without using higher technology, and dry ice evaporates pretty quickly (we used to buy blocks of a kilo or so that were pretty much gone after a week, even storing them in a dewar vessel)
Third, it isn’t really refilling your acetylene tanks, but you could just make the acetylene on the spot, from calcium carbide and water. I found a random video with a device like this, 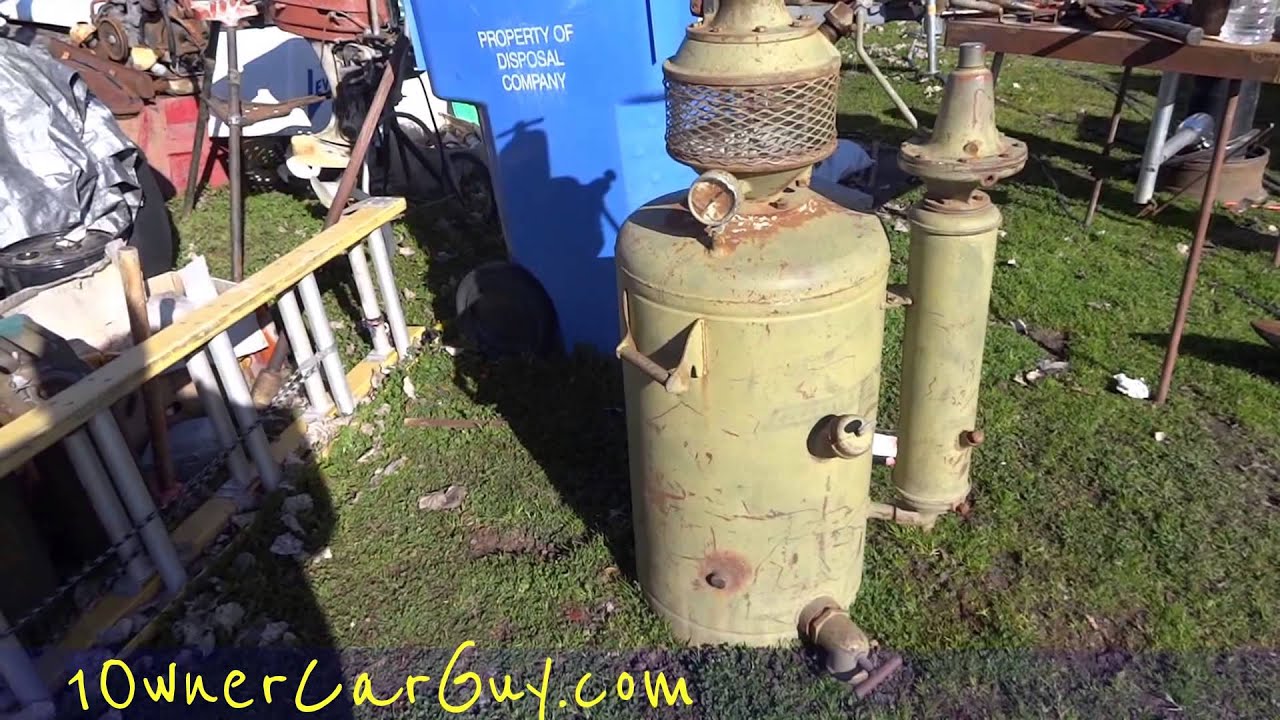 and while you probably couldn’t just carry it around with you, it looks easy enough to make for me, at least compared to other things that survivors can craft. You would basically need a water tank, a funnel, a hose and some random scrap and you’d have your own makedshift acetylene torch (if you dont mind accidentally blowing yourself up while trying to adjust the amount of carbide that drops in the water). Of course that doesn’t solve the problem of not having a use for empty acetylene tanks, but it is at least something.
pikolinian June 16, 2020, 10:06pm #16

Acetylene is unstable. It can react violently with many substances, including acetylene itself (which leads to explosions). It cannot be compressed - bottles are filled with something an acetylene is adsorbed or dissolved, not simply compressed.
But such generators works, I saw one recently, still in use, made AD 1936…

Thanks, I did not know that. Also sorry, I did not see when I posted that the mechanic for refilling acetylene tanks was already in the game (http://cdda-trunk.chezzo.com/weldtank/craft)
I suppose ignore my post then, although I am not sure that a hand pump would be enough to fill a gas tank, and a device for making acetylene should certainly be craftable, as there is really not much to it.

How about ethylene as an acetylene substitute? It can be compressed and burns hot enough for welding and metal cutting

And most importantly after searching youtube to see if ethylene could be made at home I found an instruction video that I swear could have come straight out of CDDA. 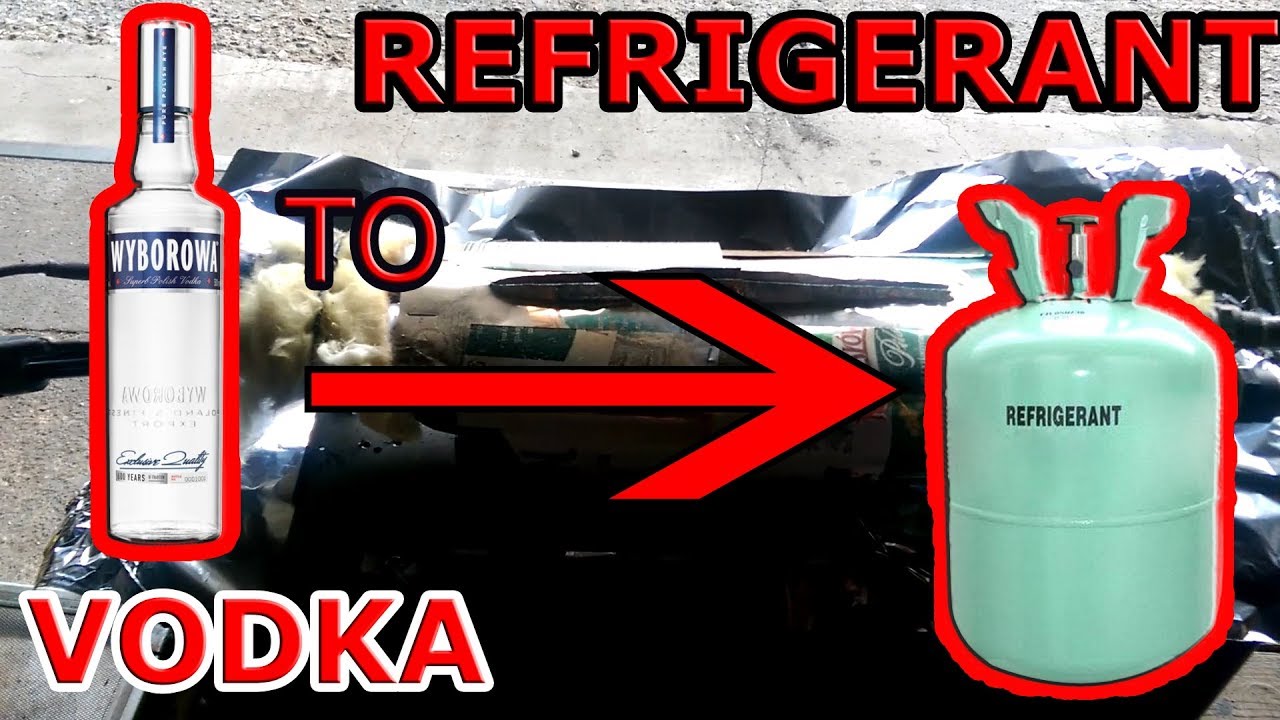 You could probably skip the crygenic refining step as a little hydrogen in your ethylene should not make much difference for welding and metal cutting.

I hate to be a debbie downer, I don’t really see a point of making torch tanks ‘renewable’. To me I just see torches a stop gap between getting/making a welder, a forge, and jackhammer or pickaxe. Once you have all three you don’t really need a torch.