so, i have not learned how to calculate luck and % of something happening, but i was tryng to make a fire drill, but it failed and wasted materials 20 times, (4 where 12 intelligence) and amostall where 9 intelligence, its like if you play game like dallout and the auto aim and its “99% hit change” and you go for it and spam all bullets for the 99%… but you got the 1% 3 times in a row and end up dying, and i justwant to know if the change of my 20 failed drill makings was rarer then my birth… also the difficulty was 0 and skill level was 0
heres a screenshots 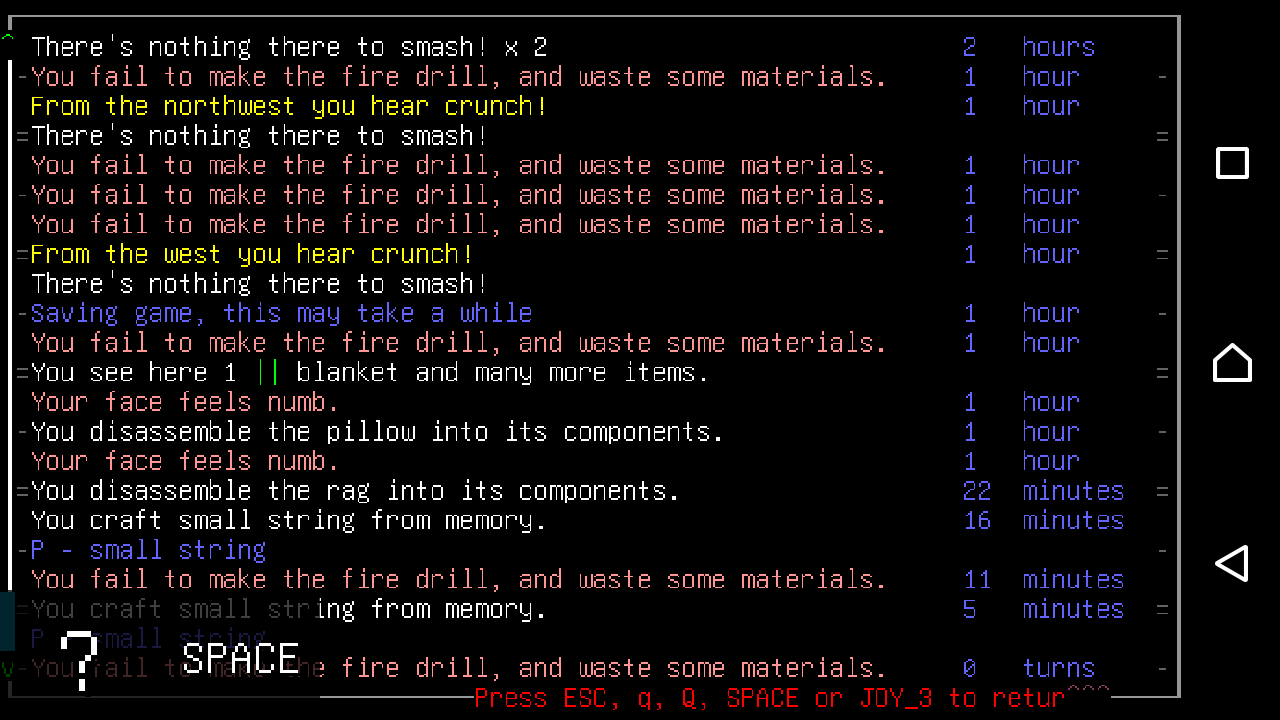 Maybe fire drill have recipe level more then you have skill?

I don’t have access to the code, but dex is very important in determining success when crafting. shaky hands or a few caffeine pills can make a difference.

skill required versus actual skill is huge too. You csn brute force a book recipe before you are skilled enough, but you should be sure to have a surplus of crafting supplies nearby.

The difficulty is not 0, it’s a level 2 recipe. Trying to make it with 0 levels in survival is not likely to succeed, for good reason.

Also, maybe you should stop and review your posts, and clear up all the typos and things before you hit the send button. It would help other people understand what you’re saying.

i think its impossible to have crafting recipes that have difficulty over your skill, and my dexterity was 7, the difficuly and skill where equal, but that tweak helps to avoid the 0.00000000001% change that you fail to craft so much its ridiculous

No, it is possible to craft something with more skill required than you have. You just need the correct books for it; A book with a recipe will always show said recipe while it’s with you/near you to craft, whether you have the skill or not. You should just think about the fact that it’ll be far less likely for you to succeed. Depending on what you are making, intelligence will matter I believe, but only with the more high-tech related things, such at Mutagen, Crazy and complicated weapons, etc.
I know the book thing matters since I raided several libraries and managed to craft a lot of stuff despite my skill being too low. Granted, I failed a bunch of times, but I had over 100 Kevlar, so it’s fine.

but i was crafting fire drill, thats not in a book

Read Mantar’s post above, they tell you exactly what the problem is.