The bane of the woods 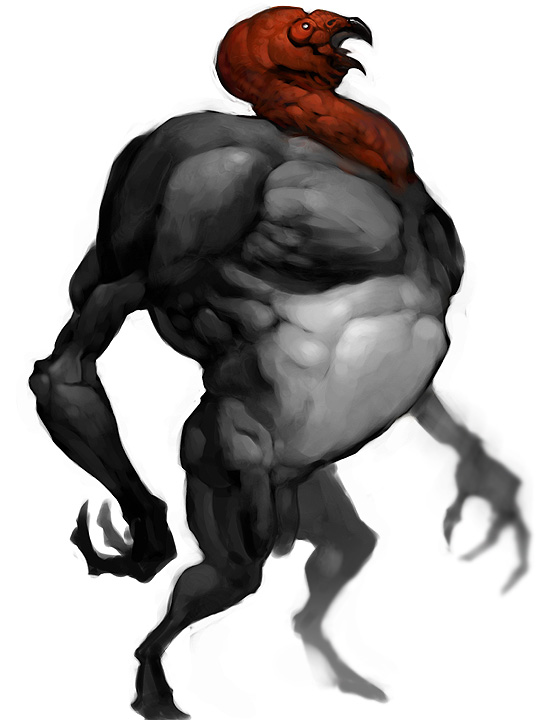 No
NO
NOT THIS

I’m OK with this (should drop drumsticks when butchered).

Make it drop tofu when you butcher it.

…Okay since no one else has said it yet… Y’all aware there’s a wang there?

Then it’s obviously looking at you, Ryndren.

…Okay since no one else has said it yet… Y’all aware there’s a wang there?

So many… possible responses…

Maybe not all of us are as focused on wang as you seem to be?
It’s nothing compared to the size of the wangs on the hulks already in the game.
Of course it does! How else could it make make dozens of tine baby turkey hulks to hunt you down in the dead of night?

etc. and so. None of the possible responses are actually all that good.

The bane of the woods

All I want to know is, is it edible?

Well, the Gozu is, so it only seems fair that the turkey hulk should be too.

I wonder - can we obtain that dong as a weapon or a trophy? Also, why there’s still no critter-related trophies and items? I WANT MOOSE HORNS DAMNIT

Should have a special holiday TurDuKen that only spawns on Thansksgiving. When you kill the turkey hulk it spawns a duck brute, then after killing that a chicken zombie appears.

Its basic food is Jabberwocks. D:

Should have a special holiday TurDuKen that only spawns on Thansksgiving. When you kill the turkey hulk it spawns a duck brute, then after killing that a chicken zombie appears.

This is clearly the best idea that a human person has ever had. It is glorious.

That’s a good point, after the hulk the single brute and zombie aren’t going to be that much of a challenge, upping the numbers is a good fix for that.

Also it should have a special aroma attack that makes you hungry, but once you kill it tou discover the meat is tainted.

I don’t think it’s important that they are that much of a challenge outright - the challenge should come from it being a surprise.

Rather than have it happen immediately, have it take a couple turns. So the player shoots the turkey hulk, breathes a sigh of release, heads over to butcher the great smelling corpse… and then has a brute RIGHT in his face roaring at him.

The chicken could be a “last hurrah”, and it’s default behaviour could even just outright be “flee! flee!” (It is a chicken after all)

What the hell, am I reading here?