Sliding out of vehicle?

I’ve encountered an… Odd glitch in experimental versions. I cannot for the life of me explain what caused it, but it seems to involve my character being moved by the vehicle, while also moving along with the vehicle. It only happens in the specific vehicle, the one I’m using as a home. This results in my character sliding out of the vehicle. There’s a seatbelt and everything, I checked. Far as I can tell, it may have something to do with having a zombie slave. Maybe it buggered things up.

For reference:
In vehicle, preparing to go. 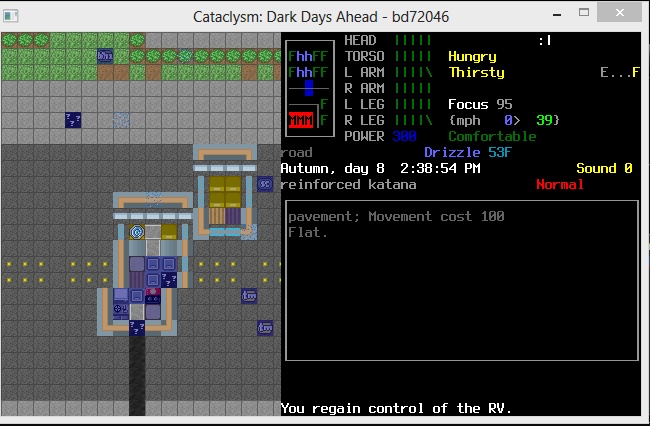 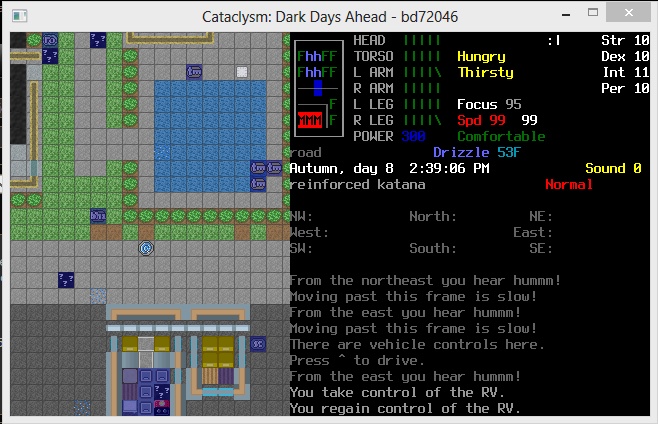 I wait a turn from there, and… 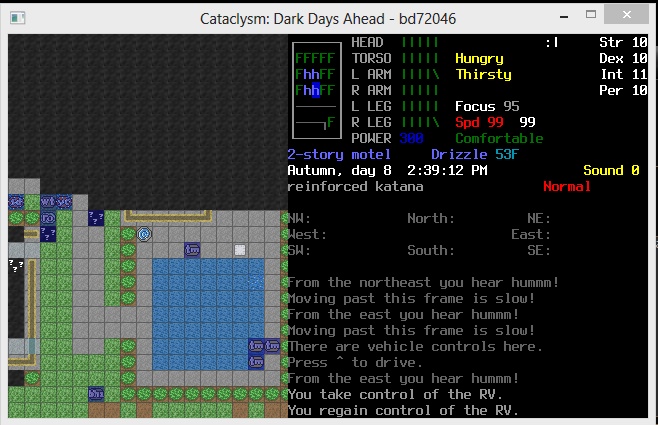 And when I go back to the controls, I get this debug message before it lets me back on. 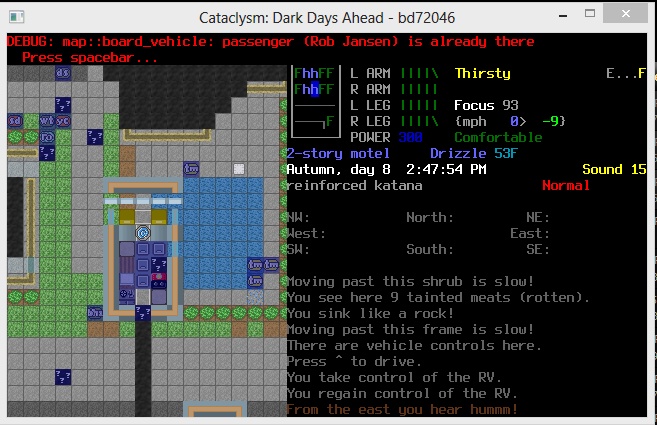 Seems like a similar problem that used to happen with NPC’s where they were moved multiple times by the vehicle in the same turn. The Zlave could very well be causing some form of confusing.

I have killed both zombie slaves I had, because I realised they’re more-or-less useless when I have a mobile storage home that goes 200 MPH, but maybe the simple fact they were in the vehicle at one point has messed things up somehow.

Edit: Well, I found a fix. Made a new zombie slave, let it wander around inside the vehicle and then promptly shot off. Seems to work fine, now.

Did you kill the first zombie slaves while they were in the vehicle? Or were they outside of it?

I… Truthfully, don’t remember. For them, the day I used them as slaves was irrelevant to them as they are mindless corpses. But for me, it was Tuesday.
But I think… I think one of them was tied down, I drived around a bit and maybe it thought about the tied slave “Oh, he should be a passenger” and tried to put it in without actually moving it or something?