Subj. Generated a new world and started right next to Isherwoods (first time I ever see this location). Can’t seem to find Chris - some of them say he’s out there patrolling the perimeter, Luke says he’s in horse farm near Lise. Needless to say, he isn’t at the farm. Checked around the houses and pretty much all forest border (see screenshot) - he’s nowhere to be found. Could it be that he was murderized by acidic ants? There’s an anthill nearby, and there are many regular and soldier ants walking around the farm. 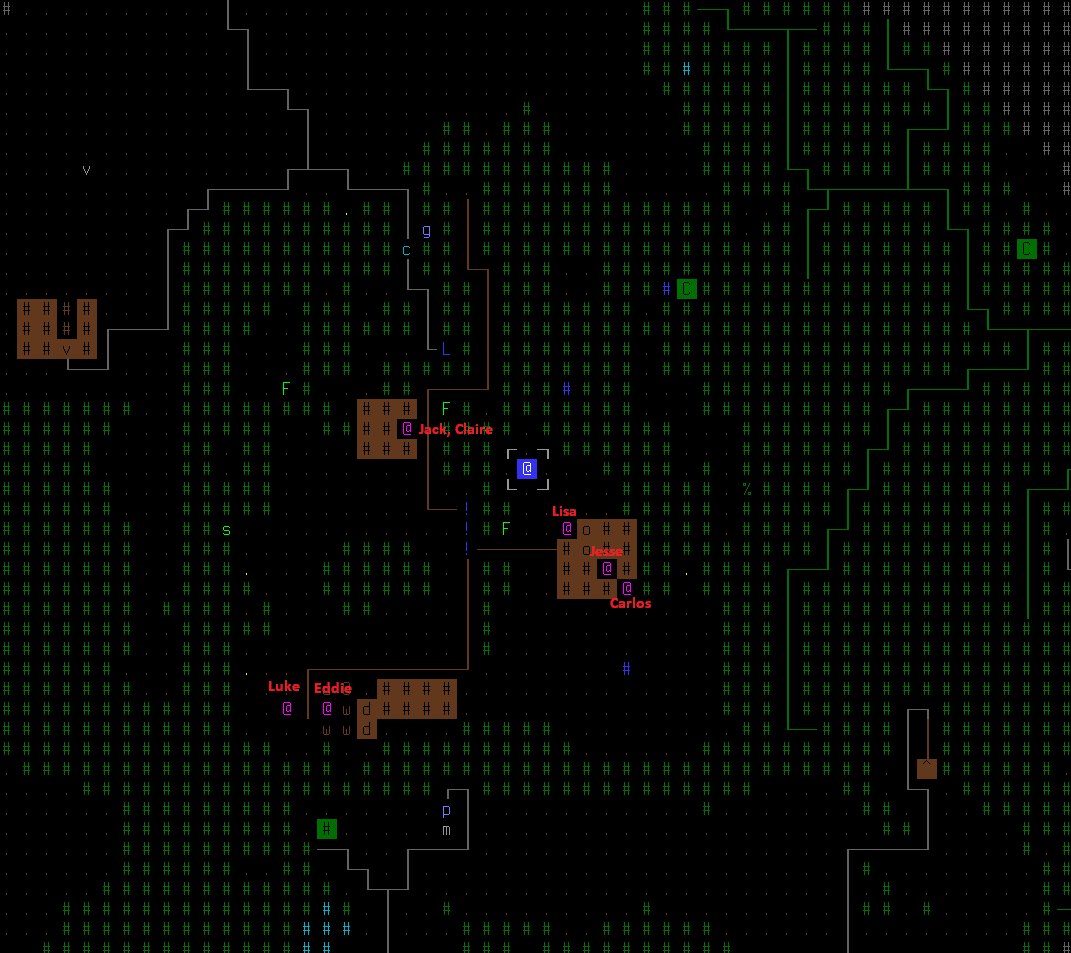 do the quests for them, one of the quests (I don’t remember which) sends you to go to the person who is “patrolling” (the names are different per world) and during that quest they will appear in the abandoned cabin that you see near the farm (the black C in a light green background) and that mission has you recruit them temporarily to free a person who was captured by a mi-go from a mi-go scout tower

Carlos will give you the mission to find him.