How can I scroll down in the middle column? The one which lets you know how much is left in the tanks and batteries.

Is this even possible without changing my font size? 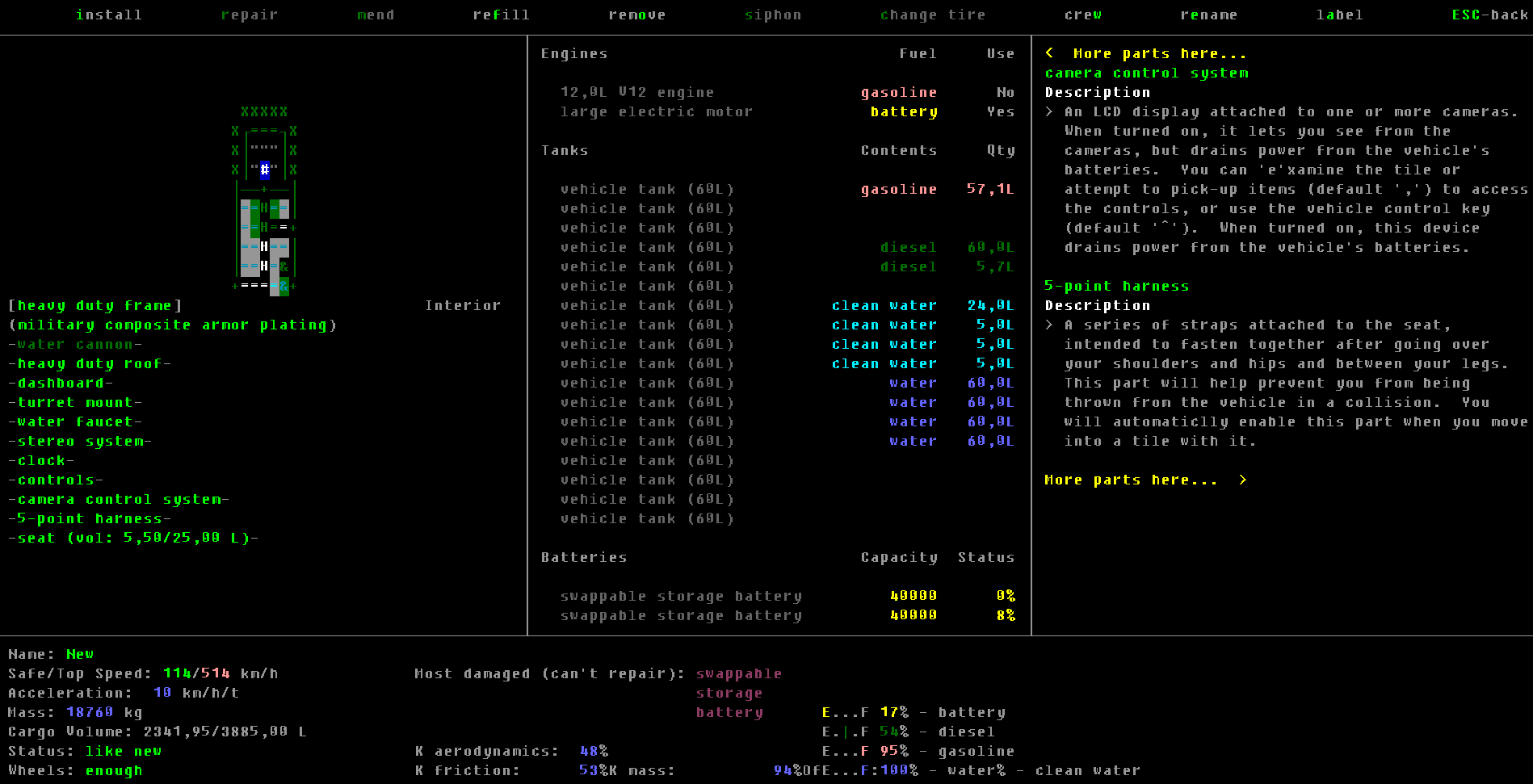 That thing is big…not to mention the number of tanks on it. How fast does it go?

I don’t think you can…

I like your Deathmobile. What is it’s name? I see it says New, but that seems like just a random type in when you first build it.

Reminds me of some of my first deathmobiles.

Haven’t really tested it to it’s limits yet, but so far I was able to at least hit 80 kph on 1 engine. It has two engines, a V12 gasoline engine and a large electric engine.

oh that’s a shame, I would like to see the charges of all my batteries. oh well.

I named it Desired … I’m not very creative

I found 3 armored personnel carries close to my shelter, so I decided to build a mobile base in order to explore more of the map. I first had it as a 5x13 but I didn’t like the layout. So now it’s a 7x16.

Can you tab to the middle window and scroll from there? I thought that was supposed to be working.

Neither Tab or > is working.

.> only works on the right column when there are multiple parts on 1 tile.

I’ve looked at the issue, and part of the problem is that some ignorant hacker added vehicle part descriptions in the rightmost window and that overran an already overloaded UI’s scroll options.

There are 4 major windows in the vehicle interaction screen: left with the vehicle diagram, center with overview of consumables, right with vehicle part descriptions, bottom with overall status.

Each one of those needs to be scrollable: you need to be able to move through the diagram, scroll the overview up and down, page through the descriptions, and scroll your fuel counters up and down.

Arrow keys for the first, <’ and ‘>’ for the second, ‘[’ and ‘]’ for the fourth, 'and then we’re out of good keybindings. The code to support scrolling through the tanks exists and as far as I know works, you just can’t access it.

I’m poking at this now, trying to figure out what’s going on.

You can scroll the tanks when choosing a tank to refill, but the scroll list doesn’t update. Well, fudge. I’ll go fix that.

I really wish CDDA had a native scroll window class, or at least more of the vehicle interaction code use one if it existed, because hand-rolling this stuff is tedious. 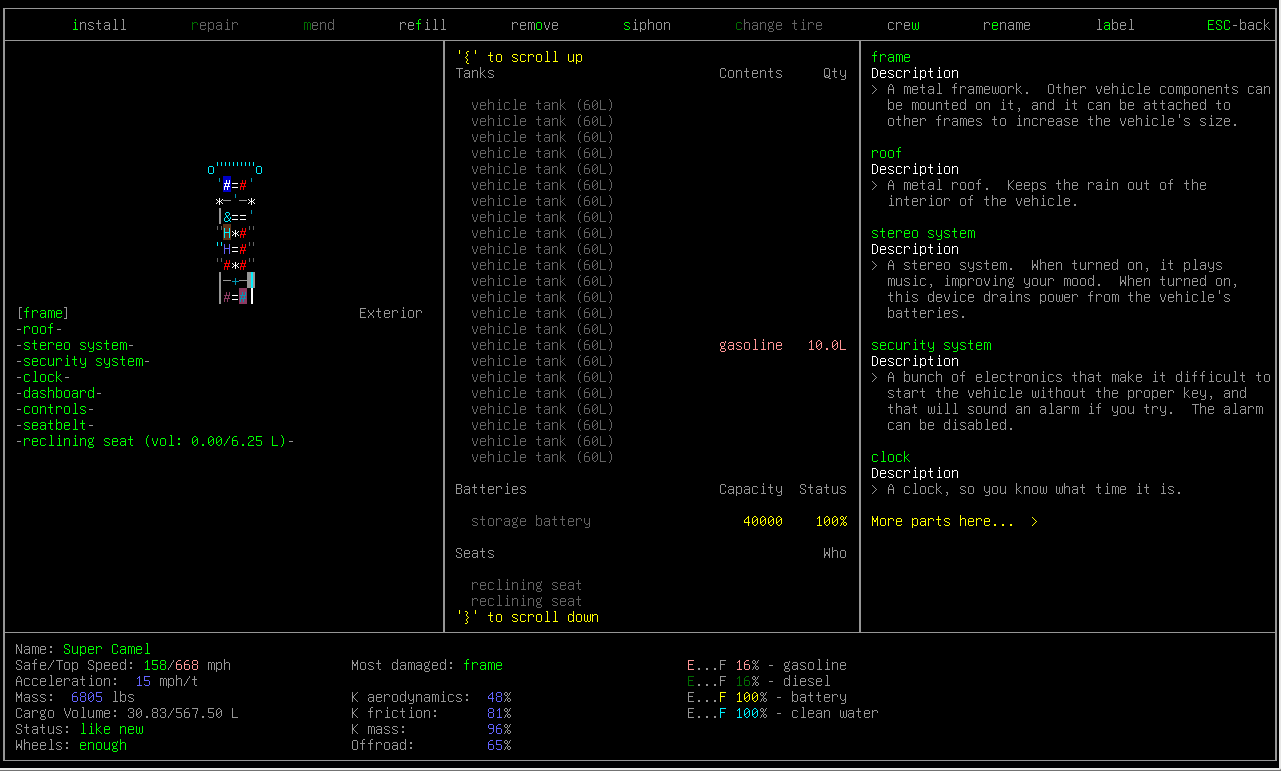 Set up a Luxury RV with a 60L tank in every available tile as a test vehicle. Then I added scrolling support for the overview window.

There’s a limitation in how the window (re)draw is set up that means when you want to add fuel to a specific tank, it needs to already be in the scroll view. I’d have to do a bit more restructuring to fix that. But at least with this version of the patch, you can scroll through all your items and select up to 52 different tanks, turrets, engines, or whatever.

So awesome! Thanks a lot, I’m sure more people appreciate this fix.

That’s what I’m here for: QoL issues in the vehicle code.

I’ve sent the code changes in for review, but there’s a lot of open PRs so it may be a long time until it gets merged. And a lot of those PRs are for other, bigger bugs in the game, so I’m really reluctant to hassle people about reviewing my PRs.

It’s working now with the latest update, thanks!