Intended for the stationary base. Along the lines of an Atomic Lamp. Bigger, more materials needed.
Permanently fueled just like the Mars rovers.

Power and heat from plutonium. Open a cover for light.
Output pretty small, might be suitable for an electric scooter or somesuch.

And for our radiogenic friends: an unshielded version that produces less heat but more power and irradiates the area.

Sounds like it would be better to have two separate items. An atomic heater and an RTG that just generates small amount of power continuously, preferably available as a vehicle part.

A hot isotope generates heat all the time, along with some less pleasant forms of radiation, as it decays.

You can put a peltier plate between the heat and a heat sink, presto free electricity.

You can put some lead around it to eliminate (mostly) the less pleasant aspects and not die from radiation poisoning and fun forms of cancer.

But if you want to just generate power, you are going to have to get rid of the heat somewhere.

I know how it all works, I’m just saying you could give off more heat and less radiation if you designed it for heating rather than generating power, and having a separate heater item that can be turned on/off would probably be good in summer if you’re in a smaller vehicle/building.

The power generation one might have to be power only for balancing purposes.

One way or the other, I fully agree with having some sort of temperature control in game.

NASA can -barely- manage to build these. They have too much plutonium stuff in the game as it is, largely because: 1. Environmentalist activists (as opposed to ordinary environmentalists, normal people) get completely hysterical whenever it comes to anything nuclear, and 2. They don’t make the stuff anymore. 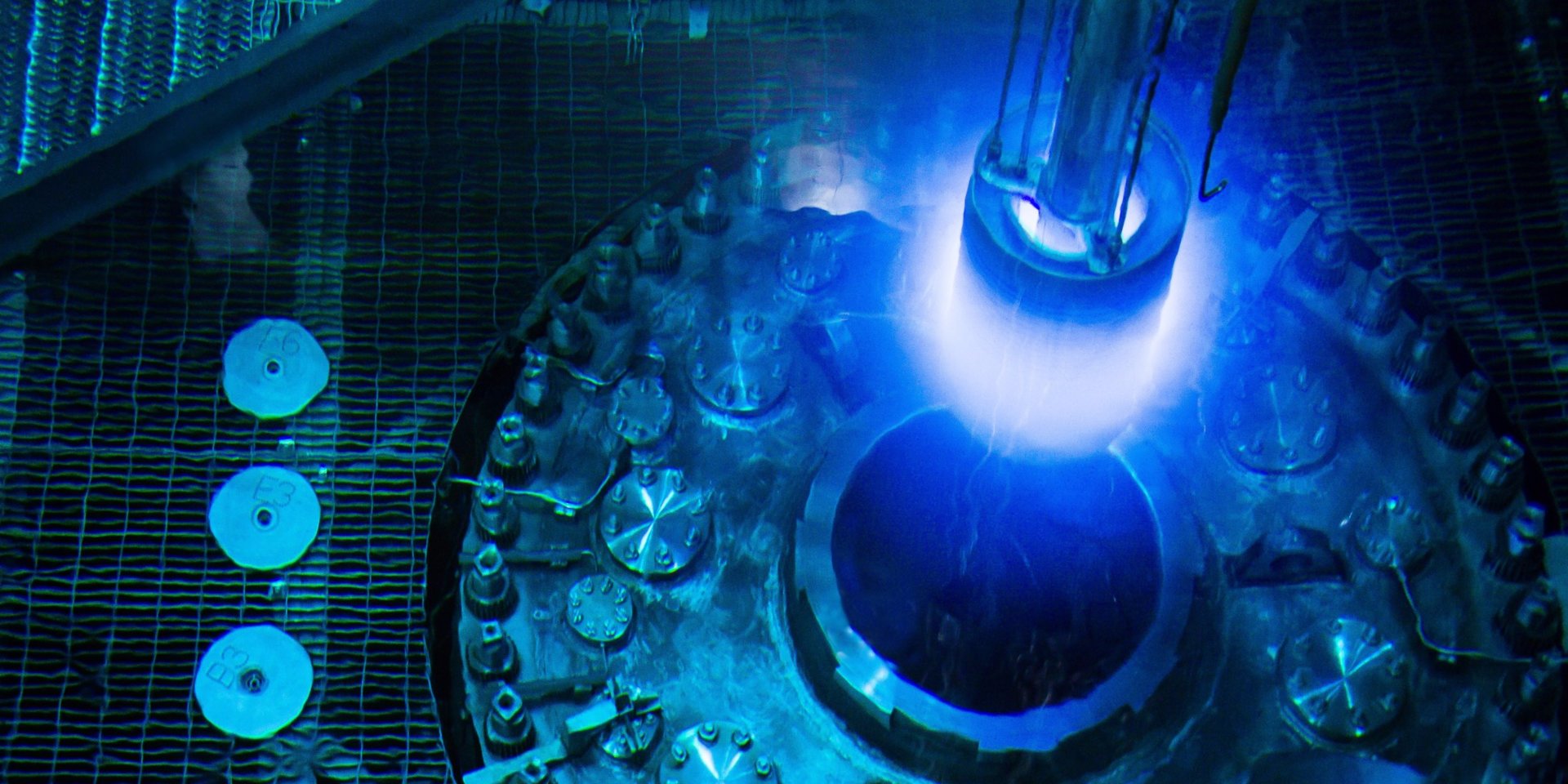 The Department of Energy's production of plutonium-238 for NASA needs some big fixes, according to a new government audit.

What might be more realistic is coal. Easy to dig up across Appalachia, not running out anytime soon, relatively simple to set up machinery for. (Yes, I realize its bad for the environment; but its much more practical to do coal stuff then plutonium stuff AFTER A ZOMBIE APOCALYPSE.)

I never considered environmental activists as a reason not to include something in a game before >_> well, cataclysm isn’t based off of the US and such implementations might be compatible with the devs versions of historical accuracy. Maybe. I dunno.

I just finished the first pass on closed cycle, coal burner, steam engines. So coal powered generators should be in the game soon.

Pretty sure Cataclysm is explicitly set in the New England region, USA.

The game doesn’t handle gasses very well, so my plans for hydrogen burners and similar varieties fell through. I left the code in place, but no gaseous fluid burners for now.

RTGS are thermoelectric generators. As I understand it, they need a crazy high temperature difference between the poles to generate significant energy with present thermoelectric materials. Which is why RTGs are mostly restricted to satellites and space probes. The biggest one on earth listed on wiki weighs 2000 kg, and it generates 120 watts. You could run a lightbulb. 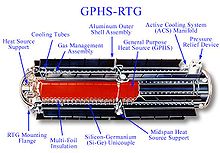 A radioisotope thermoelectric generator (RTG, RITEG) is an electrical generator that uses an array of thermocouples to convert the heat released by the decay of a suitable radioactive material into electricity by the Seebeck effect. This generator has no moving parts. RTGs have been used as power sources in satellites, space probes, and unmanned remote facilities such as a series of lighthouses built by the former Soviet Union inside the Arctic Circle. RTGs are usually the most desirable power s...

Or for better power density (but shorter lifespan)

Kilopower (full name is Kilopower Reactor Using Stirling Technology, or KRUSTY) is an experimental project aimed at producing a new design for nuclear reactors for space travel. The project started in October 2015, led by NASA and the Department of Energy’s National Nuclear Security Administration (NNSA). The Kilopower reactors will come in 4 sizes able to produce from one to 10 kilowatts of electrical power (1-10 kWe), continuously for 12-15 years. The fission reactor uses uran Potential appl...

Now you’re talking. I’d rather need multiple minireactors running continously to run my tank than having to micromanage them with refuelling all the time. Plus currently they use up what seems like an unrealistic amount of plutonium.

Alternatively, you might consider basing it off of this, or similar: 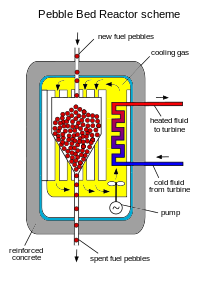 The pebble-bed reactor (PBR) is a design for a graphite-moderated, gas-cooled nuclear reactor. It is a type of very-high-temperature reactor (VHTR), one of the six classes of nuclear reactors in the Generation IV initiative. The basic design of pebble-bed reactors features spherical fuel elements called pebbles. These tennis ball-sized pebbles are made of pyrolytic graphite (which acts as the moderator), and they contain thousands of micro-fuel particles called TRISO particles. These TRISO fuel p...

I don’t see any indication that a pebble-bed reactor can scale down to the size we’re interested in.

For base power? Yeah it should. Not for vehicles though. Unless its like a sandcrawler or something. Can you make vehicle parts that take up multiple tiles? 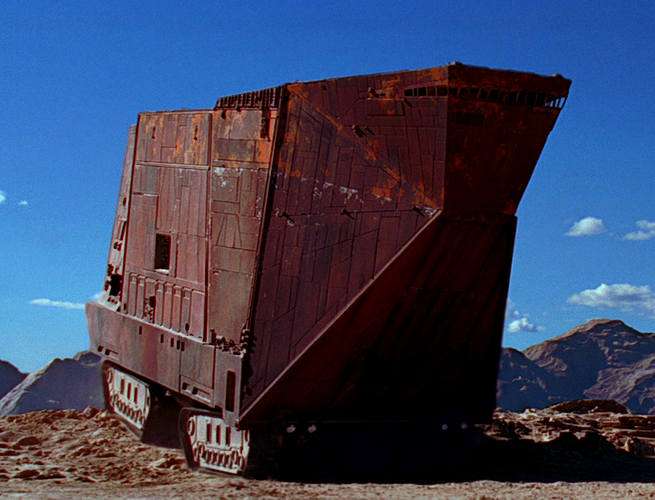 Reminds me of NEO Scavenger and the crazy man who will sell you an RTG power cell. You can warm up by cuddling it. At the cost of only a little bit of skin cancer.

Is this in the game / a modpack ATM?

For base power? Yeah it should.

Let me be more specific, i see no indication that a pebble bed reactor can be any smaller than tens of tons, and nothing in the game can move something that big.

Theres a chance such would be present under a lab or military installation, but its not something the plsyer can meaningfully interact with.

Let me be more specific, i see no indication that a pebble bed reactor can be any smaller than tens of tons, and nothing in the game can move something that big.

You could probably get it crammed into something the size of a medium sized walk in closet or a very roomy bathroom for lower power models.

Speaking as an engineer, huge systems like nuclear reactors, chemical plants, etc are mostly piping and support systems like cooling or water treatment. Take that out of the equation and it gets a lot smaller.

Hell, wiki even mentions it.
"A water-cooled reactor is generally dwarfed by the cooling systems attached to it. Additional issues are that the core irradiates the water with neutrons causing the water and impurities dissolved in it to become radioactive and that the high-pressure piping in the primary side becomes embrittled and requires continual inspection and eventual replacement.

In contrast, a pebble-bed reactor is gas-cooled, sometimes at low pressures. The spaces between the pebbles form the “piping” in the core. Since there is no piping in the core and the coolant contains no hydrogen, embrittlement is not a failure concern. The preferred gas, helium, does not easily absorb neutrons or impurities. Therefore, compared to water, it is both more efficient and less likely to become radioactive."