There is arcana skill: 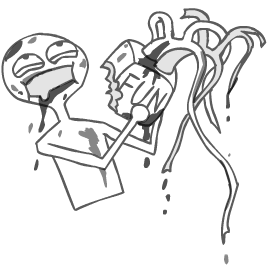 sneaking is wip as a new movement mod:

As mentioned, there is a mod that adds a number of magical items which is fairly cool to play with but heavily limited by the game itself. As for the base game, there just isn’t really enough stuff to support an Occultism skill. Intelligence is already responsible for protecting against psychic attacks and artifacts aren’t really fleshed out enough to be properly examined ingame.

A Science skill would be fairly redundant since Electronics, Mechanics, Fabrication and Cooking already covers all the high-tech stuff.

An Athletics skill wouldn’t be a bad idea, considering we already have skills like Melee and Marksmanship. I could even see it replacing the Swimming skill and giving buffs to most, if not all, physical actions. Having said that, strength and dexterity already do that, and I think a fairly large part of the game is balanced around limiting things to what your stats allow, but there’s also evidence to the contrary.

As mentioned, crouching is already being worked on and should be ingame before long. Personally, I’d also like to see a camouflage and hiding mechanic, but we’ll see how that goes.

Also atheltics is in this mod:

–Some sort of camo-cloak type thing would be awesome in my opinion. Perhaps there could be difference versions too, a more ‘mundane’ version which is simple colored cloth for forest/darkness, and then a bionic version which uses your power (probably a large amount for balance). That said, you can still be smelled, and creatures who don’t use ‘eyesight’ in the first place can still attack you as normal. But for things like NPCs, and most zombles, you can avoid them with your cloaks.

^ You can craft a sort of invisibility cloak that drains power from UPS and is super encumbering (it used to at least) and there is a CBM that makes you invisible as long as it is powered, and like you suggested you can still be smelled and heard.

–Yup, lots of people miss the fact that your body and clothing is turning invisible, but that doesn’t change your smell or noise. Blind ninjas are the worst enemies from cloaking systems, that and bush ninjas, since bush ninjas are dangerous to all.

–That said about bush ninjas, all the dark brotherhood who act as wannabe bush ninjas I just snipe from afar and they get insta-killed

The invisibility cloak can’t be crafted but it can be found. Using it takes a pretty massive amount of power though. There’s also a CBM version which does the same thing but uses a bit less power.

A bush ninja, is a ninja who likes to hide in bushes before they attack people. Never trust the bushes! Especially when you are in really rocky terrain then there is that one single bush right there. If you can, shoot at every bush to ensure there is no ninjas in it.

Hey guys, i am player who is relatively new to this game(been playin for few months) and i am absolutely addicted to this game. I wanted to know if crouch mechanic is working? or is WIP?Also although i am not sure if this is the right place to suggest but is it possible to add more easter eggs into the game, like i could fancy some One Piece references like spawning of Devil Fruits deep in forests or near Sacred Temples, very very rare spawns towards the mid game or later, giving the character the mystical powers from that fruit and he can have only one throughout his life in the game? So even though he has scouted out a few fruits through out his playtime but has to decide upon eating only one and theres no way to undo it? Or also Dr. Vegapunks notes inside labs?

FYI the closest thing to magic that is meant to be in the vanilla game is artifacts and eldritch beasts. Not magic fruit. You could possibly come up with some sort of more thematic excuse for why and how that would be in there. You or someone else could have a mod that adds something like that though.

There are no movement modes other than walking and running. Crouching, prone and crawling aren’t in.

There was WIP pull request, but it was never finished: